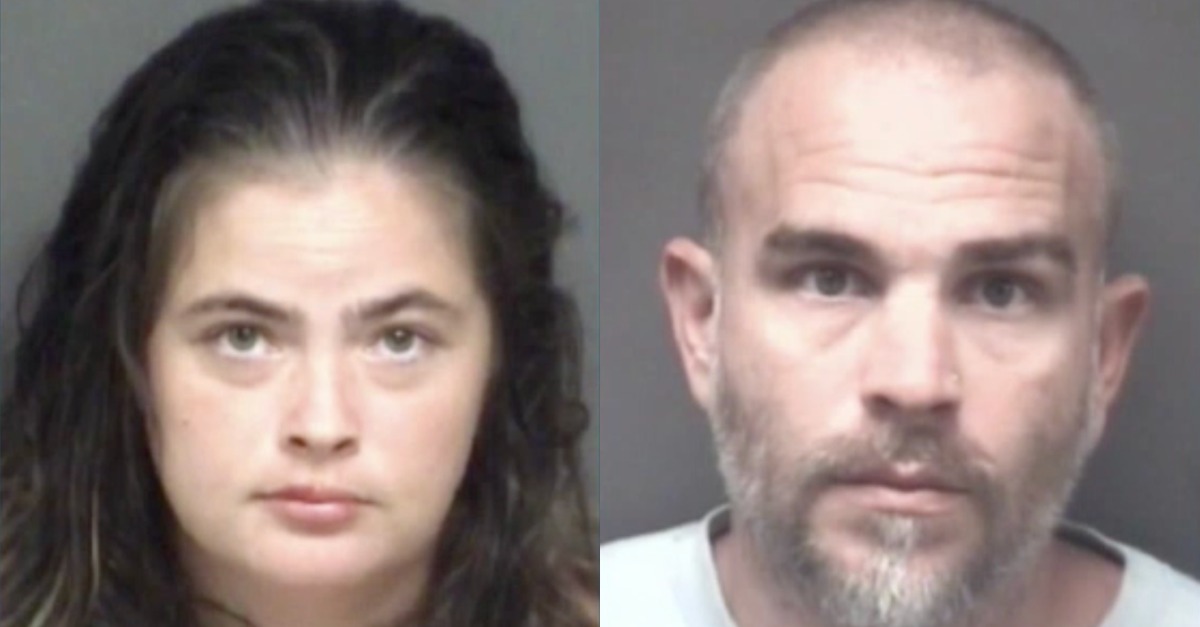 A North Carolina woman and man have now been sentenced to years in state prison over child abuse that occurred in 2019.

The abuse suffered by the toddler in the case has previously been described as “torture” by medical authorities in the area.

According to local NBC affiliate WITN, evidence marshaled by the prosecution showed that the 22-month-old boy was repeatedly abused during the summer of 2019.

The abuse was finally noticed in July of that year by the child’s paternal grandparents when Dixon dropped the boy off with them.

Pitt County Sergeant Lee Darnell said, at the time, that the abuse occurred during the first five or six days of that month.

The grandparents rushed the child to an emergency room at a nearby hospital after discovering that he had severe bruising to his head, face and torso as well as strangulation marks around his neck.

The Tar River Times gave some alleged details of the abuse — citing an anonymous source:

According to a source who didn’t want to be identified that has knowledge of the incident, the child had been punched in several places in the facial area, burned by a cigarette and had a mark on his neck that was said to be consistent with someone twisting his shirt tight around the child’s neck and swinging him back and forth causing a burn mark.

According to the source, the wounds the child suffered came at the hands of Pritchett while the child was in his custody on Penny Hill Road.

At the time of their arrest in late July, Dixon was charged with the crime to which she later pleaded guilty and subsequently released on a $25,000 secure bond. Pritchett was charged with an additional county of felony strangulation as well as two misdemeanor counts of communicating threats. According to local ABC affiliate WCTI, he was initially afforded a $350,000 bond.

Pritchett, however, was ultimately unable to make that bond, WITN reports, “because of the domestic violence charges and a contempt of court charge after he had an outburst in the magistrate’s office.” The TV station cited the Edgecombe County Sheriff’s Office, which was the original investigating authority in the matter.

The prolonged instances of child abuse, authorities later determined, all occurred in Pitt County. The investigation also went on to include the Pitt County Sheriff’s Office, the Tarboro Police Department, the Edgecombe County Department of Social Services, and the Pitt County District Attorney’s Office.

“Situations like this are always bad when they involve a child,” Edgecombe County Sheriff’s Office Lieutenant E.W. Muse said at the time.