‘Nobody Looking at It Could Have Believed This Website Was Real’: Woman Who Fell for Fake ‘Rent-a-Hitman’ Website in Failed Murder Plot Against Ex Sentenced to Prison 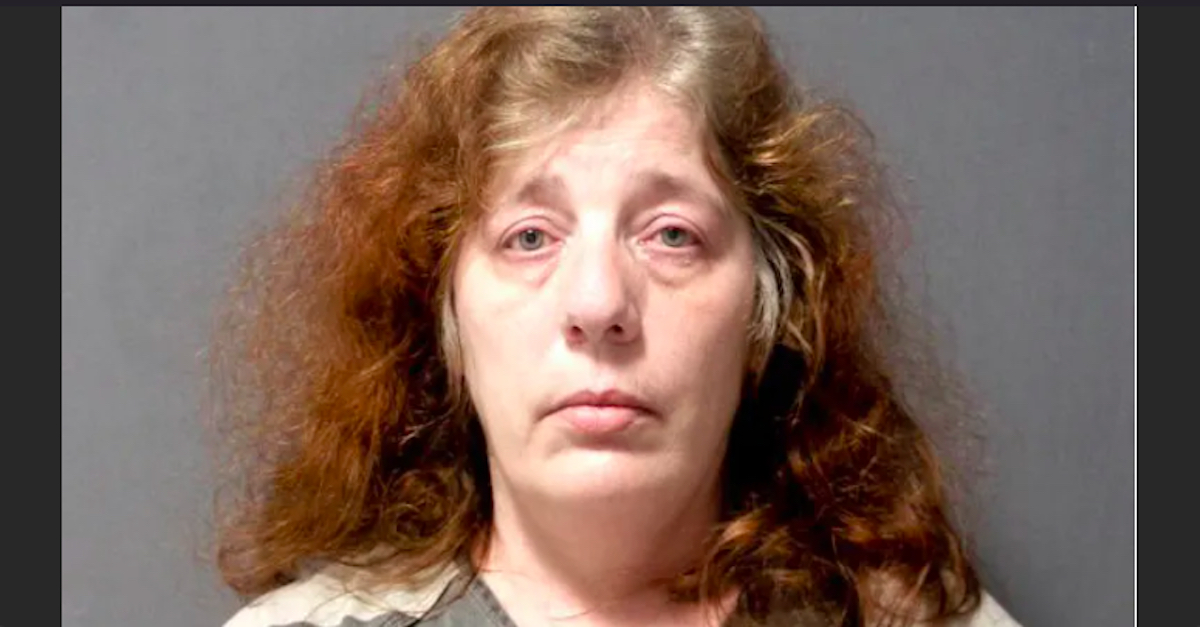 A state judge in Michigan ordered a woman to spend up to two decades behind bars for trying to hire a contract killer to murder her ex-husband using a fake company called “Rent-a-Hitman” that she sought out online. Monroe Circuit Judge Daniel White handed down a sentence of seven to 20 years in state prison for 52-year-old Wendy Lynn Wein, MLive reported.

“If the intent wasn’t so serious here, this would be almost comical. But it’s not,” White reportedly told Wein during Thursday’s sentencing hearing. “Nobody looking at it could have believed this website was real, but you did. And this didn’t pop up on your Facebook feed, you went looking for it.”

As previously reported by Law&Crime, Wein in November pleaded guilty to one count each of solicitation of murder and illegal use of a computer to facilitate a crime.

Prior to being sentenced, a remorseful Wein addressed the court and took accountability for the botched murder-for-hire plot.

“I take full responsibility for my actions, and I hope a lesson is learned by my example,” she reportedly said. “I had no right to lash out at anyone and in a manner of minutes I changed everyone’s lives. I come from a small town where everyone knows everybody. I’ve humiliated my family doing this. I am not making excuses for myself. I simply wanted to let you know where my head was.”

According to the Monroe News, Wein’s ex-husband Thomas Carder watched the sentencing hearing on a livestream but chose not to speak. Wein was credited with having already served 545 days of her sentence.

Wein on July 17, 2020 went to the website “RentAHitman.com” and, using a pseudonym, filled out a “service request” asking for a consultation with one of the company’s “highly trained field operatives.” She specified on the service request form that the “issue” she needed assistance with concerned her ex-husband and asked to set up a meeting, authorities said. Wein then signed the service request form using her real name and other personal identifying information.

Unfortunately for the South Redwood native, the “Rent-A-Hitman” website was actually created in 2005 as a cybersecurity test site for a class project by a man named Bob Innes, who forwarded her information to law enforcement authorities.

As Judge White alluded to, Innes’ fake murder-for-hire website has a bevy of references indicating that it is parody.

“Our highly trained Field Operatives strive to provide you with a FREE CONSULTATION in an effort to find the ideal solution for your particular situation,” the site states, before referencing the amusingly named but nonexistent Hitman Information Privacy & Protection Act of 1964 or HIPAA (an acronym that appears to be a play on the often misunderstood Health Insurance Portability and Accountability Act of 1996 or HIPPA). “Since 1920, Rent-A-Hitman has assisted satisfied clients from all walks of life ranging from regular citizens (children & adults) to government employees and even political figures. Rent-A-Hitman has seen it all and know just how to precisely handle your delicate situation in a timely manner while maintaining 100% compliance with HIPPA (Hitman Information Privacy & Protection Act of 1964) Guaranteed!”

Shortly after being contacted by Innes, a police detective reached out to Wein posing as an employee with the hitman company and set up an in-person meeting. Wein reportedly met the undercover detective at a local café where she explicitly stated that she wanted her ex-husband murdered and provided the detective with his home and work addresses as well as his work schedule. Police reportedly said Wein also promised to pay a $5,000 fee for her ex’s murder and met the undercover detective again that same day in a parking lot where she provided a $200 down payment to cover travel expenses because her ex-husband lived in Tennessee. Shortly after she paid the undercover detective, police took Wein into custody.

Innes told the station that it is fairly common for people to reach out requesting a hitman since he started going back to the site in 2008.

“In 2008 I go back into the inbox to check the emails and I’m shocked there are 250-300 emails from people around the world asking for asset extraction,” he said. The site has reportedly prevented more than 100 crimes by reporting requests for school shootings, kidnappings, and murders.