Joseph Jimenez Charged with Murder in Shooting of Rylee Goodrich

‘No One Apparently Heard the Gunshot’: California Man Charged with Attempted Murder and Murder in Shooting of TikTok Star and Friend During Violent Horror Movie 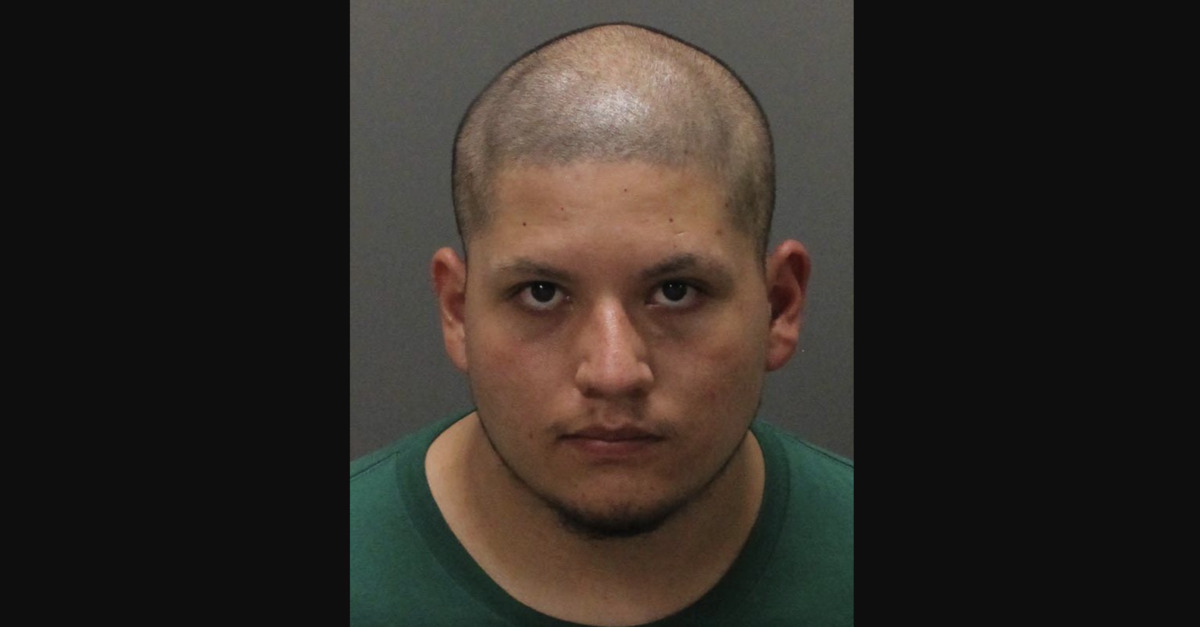 An arrest has been made in the shooting that left TikTok star Anthony Barajas, 19, critically injured and Barajas’s friend, Rylee Goodrich, 18, dead at a southern California movie theater earlier this week.

Joseph Jimenez, 20, stands accused of one count of murder in the death of Goodrich after detectives allegedly recovered “a firearm and additional evidence related to the crime scene” from the defendant, according to the Corona Police Department.

Police say the firearm discovered “matched the caliber of the weapon used in the murder” but declined to reveal additional details about their investigatory efforts or what the additional evidence entails.

The defendant is also charged with one count of attempted murder and one count of robbery. Jimenez was arrested after a search warrant was executed at his residence in El Cerrito, Calif. on Tuesday morning. He is currently being detained at the Riverside Presley Detention Center on $2 million bail.

The shooting is believed to have occurred during a 9:35 p.m. screening of “The Forever Purge” at the Regal Edwards Corona Crossings & RPX Movie Theater in Corona, Calif on Monday.

Police say there is no information that the suspect knew or had any contact with his alleged victims prior to the shooting.

Law&Crime reached out to Corona Police for additional information about the incident but no response was immediately forthcoming.

During a Wednesday morning press briefing, Corona Police Corporal Tobias Kouroubacalis said the two victims were found on or near their seats after the film was over–meaning that the violent nature of the film somewhat macabrely masked the actual, real-life violence.

“At some point, the employee or employees walk inside the theater to conduct their clean-up or walk through and that’s when the 911 call was placed,” Kouroubacalis said during the briefing. “[They said] that there was an unknown problem, somebody was bleeding, there wasn’t very specific information given.”

“During the actual movie time, no one apparently heard the gunshot,” Kailyn Dillon, a movie theater employee who was not working during the shooting told Los Angeles-based CBS affiliate KCBS on Tuesday. “I know that we do have security bag checks that we do on the daily and, unfortunately, I’m not sure if it just was missed or if it was in a holster on their belt.”

As of Thursday morning, Barajas is still on life support. His family has set up a GoFundMe page to help with medical costs.

Known on TikTok as @itsanthonymichael, the popular influencer has nearly one million followers on the all-but ubiquitous, short form video-focused social media platform. He also has over 45,000 followers on Instagram as of press time. Both follower counts have increased apace since he was shot–particularly on TikTok where well-wishes, remembrances, sorrow and grief are pouring in via numerous videos by other posters who knew the victims and/or their content.

Goodrich’s family has also set up a GoFundMe page to help with funeral expenses.

Goodrich attended Corona High were she was a cheerleader who played volleyball and ran track. She was awarded a STEM scholarship by Grand Canyon University and had recently come home for summer.

“You don’t expect to like get home from work and then finding out that your cousin was shot in the back of the head,” the victim’s cousin Ashley Cole told KCBS. “When there’s only six people in a movie theater, to me, that’s not what I imagine someone that’s not going with intentions to kill someone to do.”

“It was completely unprovoked,” Kouroubacalis said.

“It’s a mystery that I hope people can come forth and talk about and report, so that we can get to the bottom of it,” Cole said in comments to KABC. “There needs to be justice.”