Alleged Rapist Out on Bond Called Black Teen N-Word, Hit Her with Rock, and Threatened to Shoot Her: Police 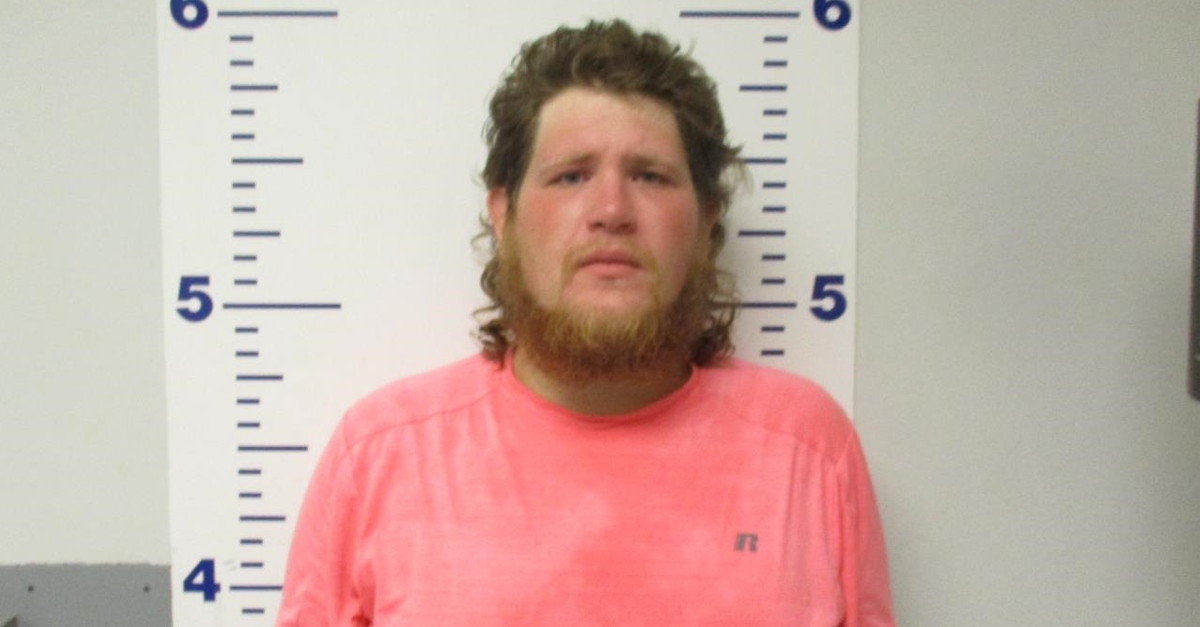 Legal problems just became more serious for a man already out on bond in a separate rape case. Payton Bailey Heird, 22, allegedly lashed out at a Black teenager in Guthrie, Oklahoma, calling her the N-word, throwing rocks at her, and threatening to shoot her.

Videos of the Aug. 22 incident and aftermath backed up the teenager’s story, officers said. Police said they did not buy Heird’s excuse that he worried about a local street gang arriving to attack.

“Payton claims he was in fear of a local street gang coming to assault him and others,” police wrote in an affidavit obtained by Law&Crime. “If that’s the case why didn’t he or the others call 911 or get into the large vehicle for protection[?]”

Heird is separately charged in an ongoing 2017 case for two counts each of first-degree rape and sexual abuse of minor child.

According to police, the teen girl–who stepped forward in a KWTV report as Zuria Hurst, 18–told officers she was in a group of people with Heird when she got into an argument with another woman (whose name is redacted in the affidavit). Heird allegedly got mad and began calling Hurst the N-word several times, saying he was going to put a bullet in her head. The 18-year-old and another person said Heird then started to throw rocks at her, one of them hitting her in the temple and others striking a man’s vehicle.

Cops noted that the 18-year-old had a large contusion over her left eye that was starting to bruise and was bleeding.

HATE CRIME ATTACK ONLY ON 9: A Guthrie man is caught on camera yelling racial slurs and threatening to kill a teen. The victim says she forgives the suspect, Payton Heird. Hear from her tonight at 10p.m. on @NEWS9 pic.twitter.com/Zb1C7Ut4F0

A video of the incident showed Heird was the aggressor, officers said. More footage allegedly showed the heated aftermath.

“I was provided a 2nd video that was of Payton that he made after he was back at home,” police wrote. “In the video he says, ‘you fucked with the wrong rednecks.’ He again says ‘nigger’ and says ‘you know my truck,’ ‘touch my truck, touch my truck, and your ass while be shot in seconds.'”

Authorities also claimed to find a gun in Heird’s vehicle. When talking to officers, the suspect allegedly admitted to being the only person drinking, that he owned the gun and that it was under his car seat, and that Hurst and another person (whose named is redacted in the affidavit) never attacked him.

When asked by police if he had been afraid of the 18-year-old girl attacking him, he allegedly said yes. In this account, the interviewing officer then asked why he did not call 911 or get into his truck for protection. Heird is 5’8″ inches and 220 pounds, and Hurst is 5’5″ and 160 pounds, police said. In summary, Heird is three inches taller and 60 pounds heavier than Hurst.

Hurst told KWTV that she forgives Heird but hopes the judge makes an example of him.

“I can’t let it build up,” she said. “I can’t let what happened to me just make me think that everybody’s like that. It just makes me be more cautious.”

Heird’s attorney in his rape case did not immediately respond to a Law&Crime request for comment. The 22-year-old man faces a count each of assault and battery with a dangerous weapon, threaten act of violence, carrying a firearm while under the influence or an unlawful and unprescribed drug, malicious harassment/hate crime, and public intoxication. He posted a $50,000 bond in the new case after already being out on bond for the rape charges, records show.