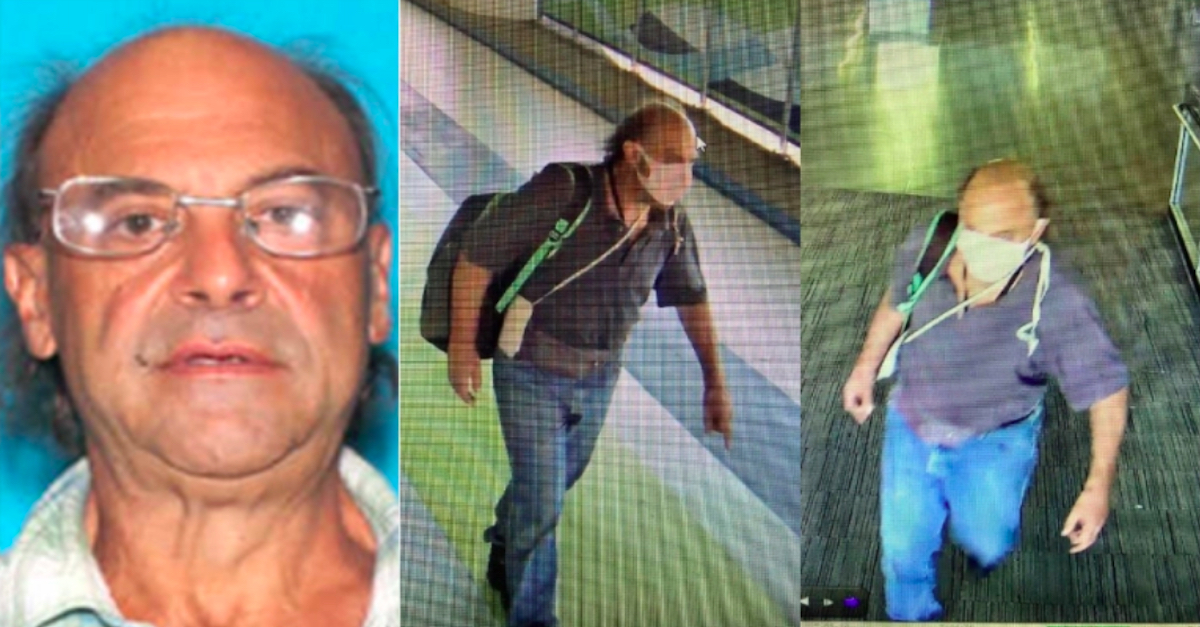 Scott Sterffy is seen in a collage of photos from the Portage, Mich. Police Department.

Law enforcement authorities in Michigan are calling for a nationwide manhunt as they search for a 56-year-old man who they believe murdered and dismembered his father last week and fled the state, several local television stations reported.

According to a report from West Michigan NBC affiliate WOOD-TV, the Kalamazoo County Prosecutor’s Office on Friday authorized an open murder charge against Scott Sterffy in connection with the death of his 82-year-old father, Dr. Thomas Aye.

Investigators said that Sterffy was living with Aye, a retired oral surgeon who practiced in Kalamazoo County for more than 30 years, at the time of his death. Police also said that they found evidence of a struggle within the home, and prosecutors concluded later concluded that charges of “dismemberment and mutilation” were also appropriate.

“Some severe injuries to the doctor that not only led us to seek murder charges but to also seek dismemberment and mutilation charges as well,” Director of Portage Public Safety Nicholas Armold said in a statement.

. “We were able to determine that Scott was actually staying at the house during the time we believe the murder took place.”

Investigators this week said that since Aye’s death, Sterffy has left the state of Michigan. Authorities have also said there have been confirmed sightings of Sterffy in Chicago and Seattle, with the latter sighting happening as recently as Thursday.

The Portage Police Department is teaming with multiple federal and state authorities as in working to apprehend Sterffy.

“We have partnering with the U.S. Marshalls service now that the warrant has been issued to begin the work to locate where he was at and then ultimately take him into custody,” Armold said.

Detectives with the Portage Police Department said that Aye’s body was discovered by one his daughters at approximately 7 p.m. on July 25 at his home in the 5000 block of Glencove Court. His daughter was reportedly checking on him after he failed to show up for an appointment.

“She came to the house and walked in. She soon found her dad on the floor and immediately called police and fire, and then when we arrived it was obvious that the doctor had passed,” Armold said.

The Kalamazoo County medical examiner ruled Aye’s death a homicide, though few details about the circumstances of his killing have been released to the public.

Law enforcement officials said that Sterffy should be considered armed and dangerous, and that anybody coming into contact with him should be extremely cautious.

Any person who believes they’ve seen Sterffy has been asked to call the Portage Department of Public Safety at 269-329-4567 or the Silent Observer crime hotline at 269-343-2100.