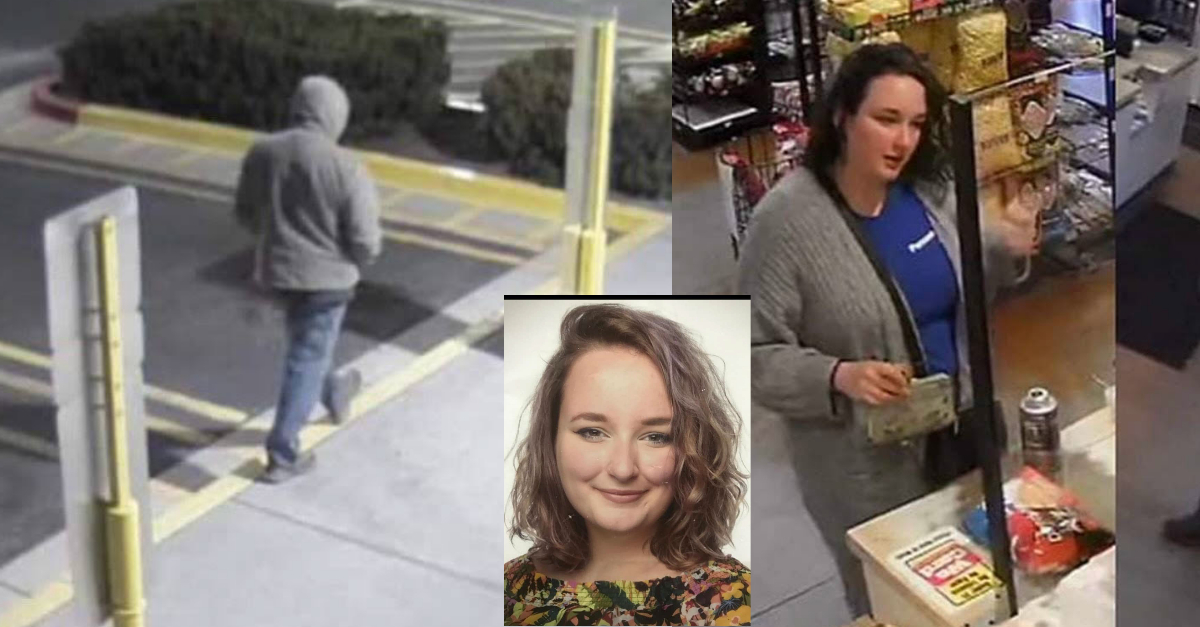 Naomi Irion (center) has not been seen since March 12 (right) when she disappeared with an unknown male (left, all photos Lyon County Sheriff’s Office)

The search for a missing Nevada teenager is entering its tenth day.

The teenager has not been seen since despite a massive search effort that now includes local deputies, state police, the FBI, and hundreds of Fernley residents.

Meanwhile, police are still attempting to locate the man they believe drove off with Irion that day and have released an extended video and images in hopes that someone might provide them with a lead in the case.

Located 30 miles east of Reno, Fernley is a valley where the Truckee, Pah Pah, Virginia, and Curnow Ranges meet.

Irion has not been seen since the morning of March 12 when she arrived at the local Walmart, where she would catch a shuttle to her job at Panasonic in nearby Sparks every day.

The Lyon County Sheriff’s Office has released images that reveal Irion first stopped at a gas station that morning to get some food and an energy drink.

She then headed to Walmart, where she parked in the same spot every day, according to her brother, Casey Valley.

During a press conference on Thursday, her brother said that while sitting in her car, a man walked up to the driver-side door, pulled it open, and said something to his sister.

The comments made his sister move over, and he then drove off in the car.

“He circled around the parking lot, maybe to make sure there were no witnesses,” said Valley on Thursday. “He came up behind the car and forced his way into the driver’s side of the car.”

Law enforcement has not released any information about how the unknown male gained access to the car, but they have released multiple images and a lengthy video.

The images show a man in a gray hoodie pacing the side of the building just before Irion arrives.

Now, newly released video shows him wandering in front of cars that are parking, driving by, or idle – but with their headlights on.

Deputies released the video hoping it might result in drivers recalling something they saw that day.

Irion‘s car was eventually located just a few hundred feet away from Walmart in an industrial park on Tuesday, March 15, three days after she went missing.

Deputies discovered evidence in Irion’s car that led them to believe her disappearance was suspicious. The evidence is currently being tested by the Washoe County Sheriff’s Office Forensic Science Division.

Searches for any sign of Irion by deputies and the FBI have thus far turned up few clues. On Saturday, 50o residents gathered to spend their day combing the industrial park where Irion’s car was found to help out the effort. 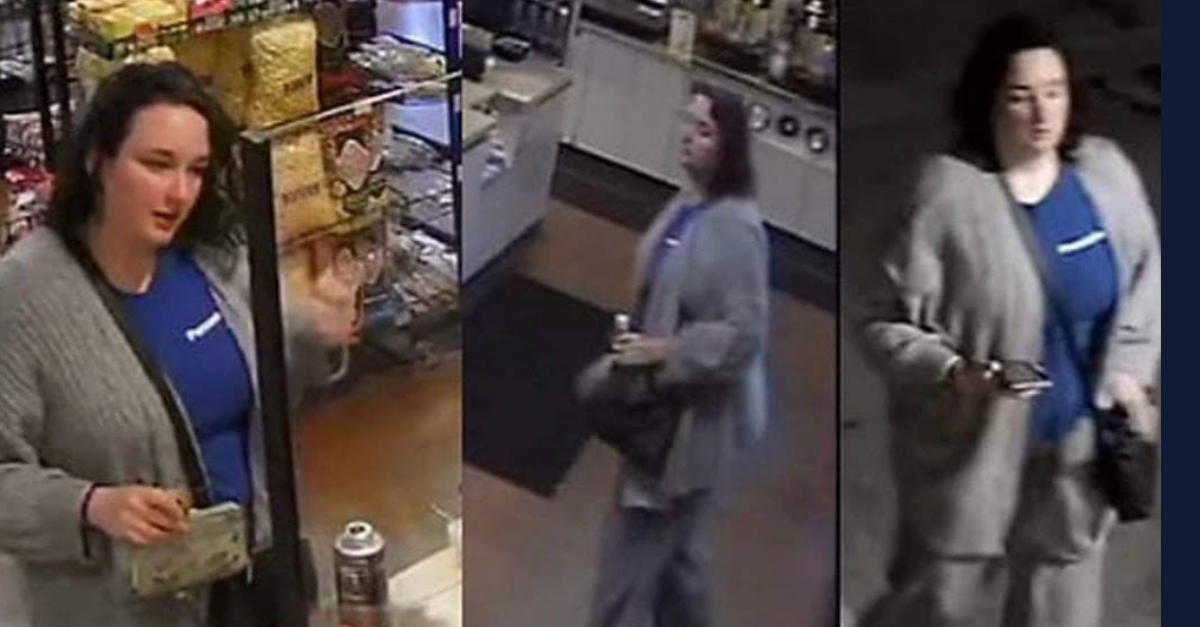 Irion at a gas station (above courtesy of Lyon County Sheriff’s Office)just minutes before she went missing.

Irion was last seen wearing a blue Panasonic shirt and a knee-length gray cardigan. The suspect, meanwhile, was seen in a gray hoodie and jeans.

Officials are also trying to locate the owner of a dark-colored Chevrolet truck that is a 2020 model or newer. They believe the individual they saw driving the vehicle is either the suspect or someone who knows what happened to Irion.

The teenager had only lived in Fernley since August, moving in with her brother after graduating high school in Wyoming last year.

Irion is now the third teenage girl to go missing from the small community since 2019.