Police Chief Details Horrifying Experience of Confronting a Child Abductor: ‘He Had Blacked Out All the Windows’ 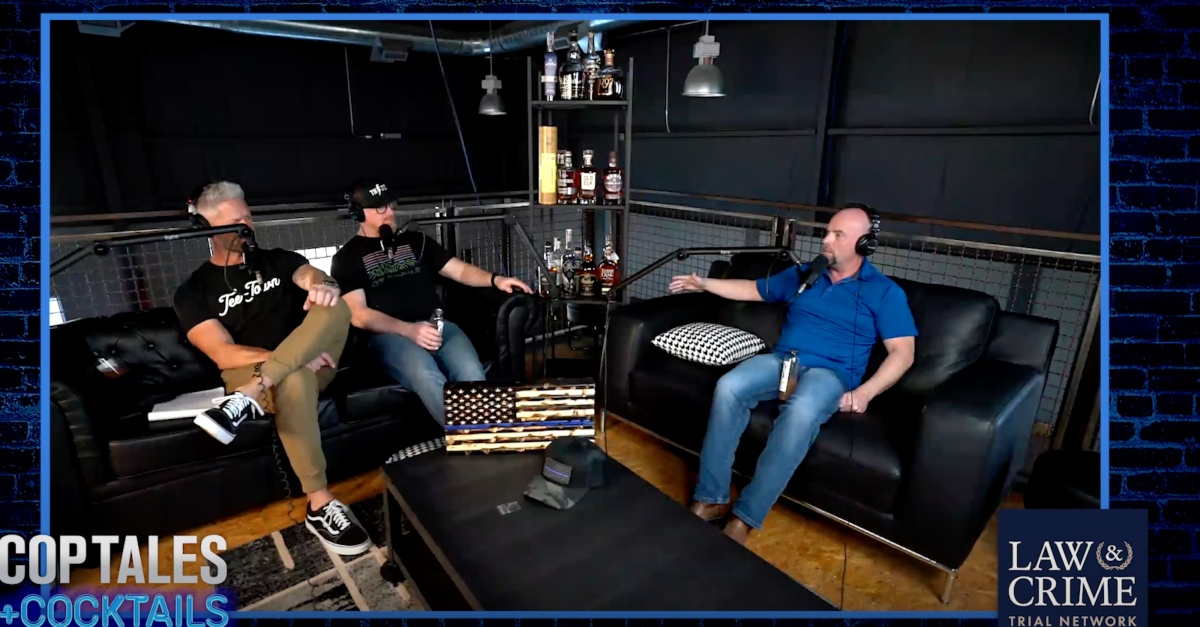 “To be a good officer, you need a plan,” Norris said on the latest episode of the Coptales and Cocktails podcast. “You need to think of the unthinkable.” The unthinkable ended up occurring t0 Norris during Labor Day of 2013.

“Nobody in our agency was prepared for what we were going to experience and especially the aftermath of what it did to a lot of us,” Norris said of recovering a toddler from a child abductor.

“It was about nine o’clock in the morning whenever I got the call and I was off duty at the time because it was a holiday,” Norris recalled. “The supervisor at the time was an officer who was on light duty, and he told me, ‘Chuck, this is real. We’ve got a girl that’s missing.'”

Norris explained that he got a follow up call from the abducted child’s sister claiming she’d seen the person who captured her sibling. “I got another phone call — which was a five year old sister of our victim, [she] said the sister was taken by a naked white man.“

Norris was able to locate the abducted child in under thirty minuets. “Statistically you need to do it quick,” Norris explained. “The longer it goes the less likely that you’re going to find the child alive.”

The police chief said they were able to locate the abductor after several tips.

Norris then detailed what took place after the abductor refused to open the door.

I told him, “We’re going to breach it,” and me, I don’t have much lead in my butt, and so the other guys, they started kicking the door, and we breached it. And the suspect had actually put a couch up against the door. He had put knives in the door frame–I guess trying to jar the door shut. And I was number one in the stack, and my cover guy was behind me. And whenever we went into the apartment, the apartment was completely dark. I did have a flashlight, but we didn’t realize at the time when we first went in because we made a dynamic entry, and I ran into the couch and somebody behind me ran into me. And whenever I went in, I hit that couch and I bent over and I looked up. And about that time, I see a dark figure run across the room. But then I see–and I had a really hard time with this for a long time–I saw her standing in the room. And he had blacked out all the windows. He had blacked out the the sliding door to the balcony. It was completely dark, and she was just standing there. And it was her because of the picture that they have given us, you know, and she was standing there in the dress. And so we went past because we were going toward the figure. We figured that was the suspect, and he had actually went into a bathroom and shut the door. Again, I kicked the door once. Couldn’t get it open. I think it was Officer Johnson. He busted the door, actually broke it in half. It was an a typical apartment hollow core door, you know? And I went into the bathroom and to grab him, and I went around and kind of button hook there just a little bit while he was trying to shoot himself up with a deal of methamphetamine. He had a syringe in his hand. And Johnson and Antoine, they took a hold of him and pulled him out of the bathroom. The water was running in the tub. I immediately went out, and I grabbed a hold of her and I took her.