N.Y. Pediatrician Denies Allegations that He Touched Young Girls’ Buttocks for the Sole Purpose of ‘Gratifying’ His ‘Sexual Desire’ 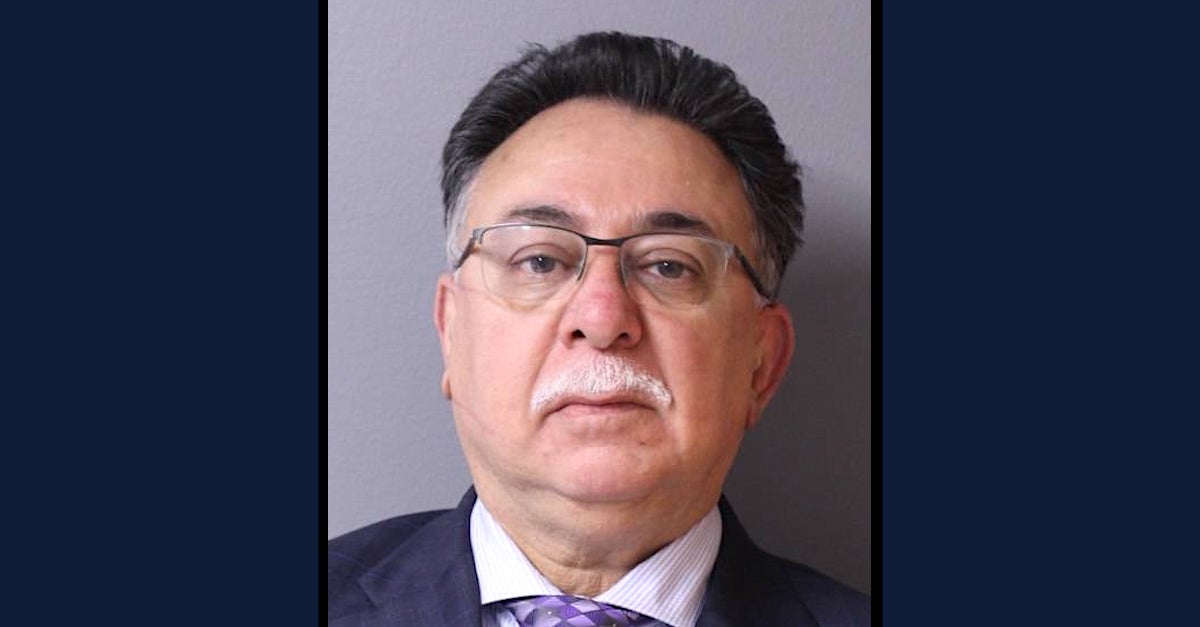 An upstate New York pediatrician has been indicted for allegedly sexually abusing “two female victims” who “reported separate incidents to police, one independent of one another,” local authorities announced Tuesday.

He faces a maximum of seven years in prison if convicted as charged, the press release states.

The incidents are alleged to have happened between 2018 and 2021 at the defendant’s medical office at 98 Green Street in Hudson. Authorities, however, say he also practiced medicine at 35 Jefferson Avenue in Catskill, N.Y., about 10 minutes away from Hudson and on the opposite side of the Hudson River.

The second count, endangering the welfare of a child, is alleged in the indictment to have involved the same victim.  The third count, also involving the same victim, alleges that the “defendant touched the buttocks of child victim one with his hand.”  The indictment alleges the defendant did so “for no legitimate purpose,” and for “gratifying” his “sexual desire.”

Counts four, five, and six allegedly involve an alleged incident on or around July 15, 2021, involving an alleged “child victim two” who is listed as being “less than seventeen years old.” As to this second alleged victim, Rabadi is accused of having “grabbed the buttocks of child victim two with his hand.” The sixth count alleges that the actions constituted the subjection of “another person to sexual contact without . . . consent.”

The DA’s office said it asked Judge Richard M. Koweek to issue an order of protection “barring the defendant from having contact with the alleged victims and anyone under 18.”

The Hudson-Catskill Register Star reported that Rabadi pleaded not guilty at a Tuesday arraignment.  He was released on his own recognizance on a $25,000 bail and was ordered to return to court on June 1, the newspaper said.

Defense attorney John Pappalardo cited the defendant’s ties to the community and to his family while rubbishing the accusations to ABC affiliate WTEN and to WNYT.

“Dr. Ibrahim Rabadi is a dedicated family man with a wife, four children, and one grandchild,” the defense attorney said. “He has dutifully served the Hudson and Catskill communities for the past 30 years by providing quality medical care. Dr. Rabadi fully cooperated with the police during the underlying investigation, and he categorically denies the allegations against him.”

The Register Star newspaper also indicated that Rabadi’s two offices were raided in 2012 by Medicaid Fraud Control Unit investigators with the state attorney general’s office. The outcome of the so-called raid was not noted in the report.

Citing New York State Department of Health records, nearby CBS affiliate WRGB reported that there were “no legal actions or malpractice cases against Rabadi.”

A review of New York’s spotty online civil court system — not all counties are represented, but Columbia County purports to be — shows no actions against the doctor named herein.

In an interview with Albany NBC affiliate WNYT, Police Chief Moore urged people to “talk to their children, especially if they’ve been patients at the doctor.”

In the aforementioned press release, the local authorities issued a call for other potential victims — if they exist — to come forward; the police also requested confidential tips for “information relative to these or similar allegations.”  The telephone number provided was (518) 828-3388.

Columbia County is southeast of Albany in the Hudson Valley. It is more than two and a half hours north of New York City.

The complete indictment is below:

[image via a joint press release from the Hudson, N.Y. Police Department and the Columbia County District Attorney’s Office]