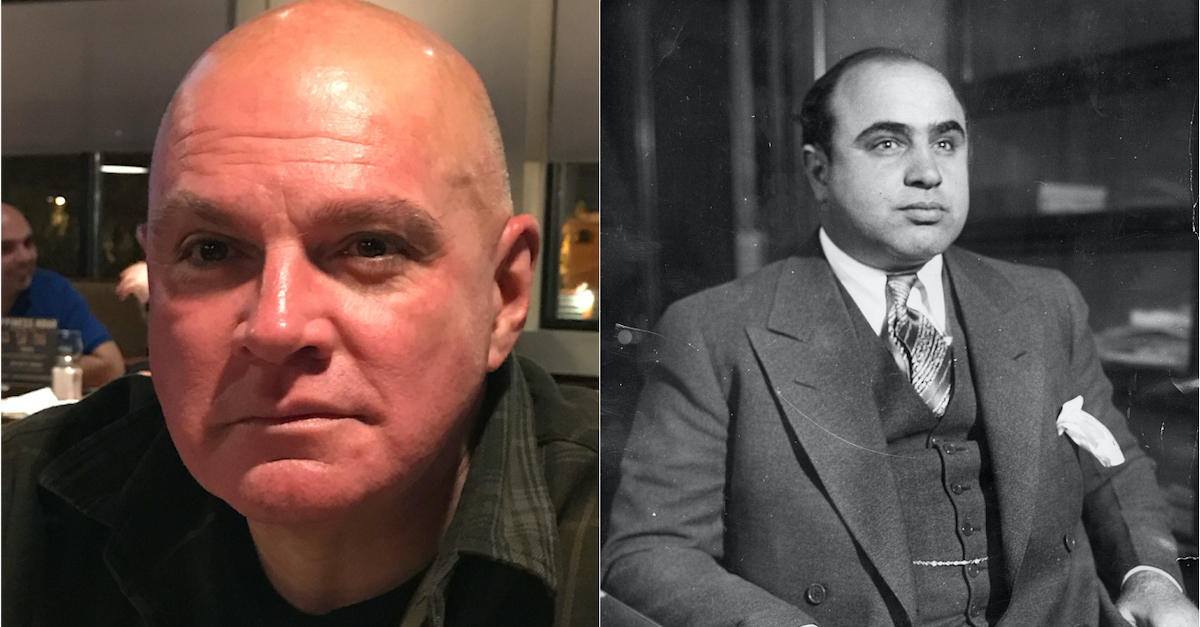 The woman who called herself the wife of accused Sarah Lawrence sex “cult” leader Larry Ray told a federal jury that she was frightened to leave him in part because of a remark he made about his family.

“Larry mentioned many times that he was related to Al Capone,” Ray’s alleged victim Felicia Rosario testified on Tuesday.

The legendary crime boss known as “Scarface,” Capone gained notoriety as the Prohibition-era gangster known as the Chicago Outfit. A known bootlegger linked to bombings, corruption, torture and killings, Capone was famously brought down during prosecution on a more mundane crime: tax evasion, leading to convictions that put him away in Alcatraz for several years.

Also charged with multiple counts of that same crime, Ray now stands accused of running a very different kind of criminal enterprise: one that prosecutors say ran partly from his daughter Talia Ray’s communal dorm in Sarah Lawrence College. Allegedly preying upon the students there, Ray’s supposed syndicate included sex-trafficking one student and extorting and threatening others. He allegedly washed enormous sums of that money through GoDaddy.com, where he reportedly bought thousands of domain names.

Though his supposed relation to Capone is unverified at best, Ray has documented ties to organized crime. Decades-old court records obtained by Law&Crime lay bare some of these connections.

This is a screenshot from Lawrence Ray’s decades-old indictment on a securities fraud scheme.

In 2000, Ray was charged with reputed La Cosa Nostra leaders and associates in a pump-and-dump stock scheme in the Eastern District of New York. The scheme operated through a Gambino soldier Edward Garafola, but the indictment lists an assortment of other alleged wiseguys, including Frank Coppa, Sr., a Bonanno family captain; Ernest Montevecchi, a Genovese soldier; Daniel Persico, a Colombo family associate; and Eugene Lombardo, a Bonanno family associate, according to the indictment.

Ray ultimately pleaded guilty in that case, and he said in a court papers that he cooperated extensively with the government.

“During the next several years, Mr. Ray met with federal agents on numerous occasions and provided much information about their activities, including matters relating to this case,” his attorney later wrote in 2004. “Portions of the information related to Italian and Russian ‘mob’ operations and placed the safety of Mr. Ray and his family at risk.”

An unindicted co-conspirator in that indictment was Felix Sater, a former business associate of Donald Trump, who helped broker the never-realized plan to build a Trump Tower Moscow. Following his prosecution in a Russian mafia-linked fraud scheme, Sater became a prolific government cooperator. He said that he helped hunt down Osama bin Laden and weaken mob-operated money laundering networks, according to news reporting and public records.

In the groundbreaking story “Larry Ray and the Stolen Kids of Sarah Lawrence,” New York Magazine reported that Ray claimed that the FBI sent him to Russia to lure Sater back to the United States. One of Ray’s attorneys also asserted this in a court document in 2000, claiming Ray attempted to obtain Sater’s extradition to the U.S. for prosecution. The lawyer wrote that he believed Ray was a “registered and documented informant for the FBI.” 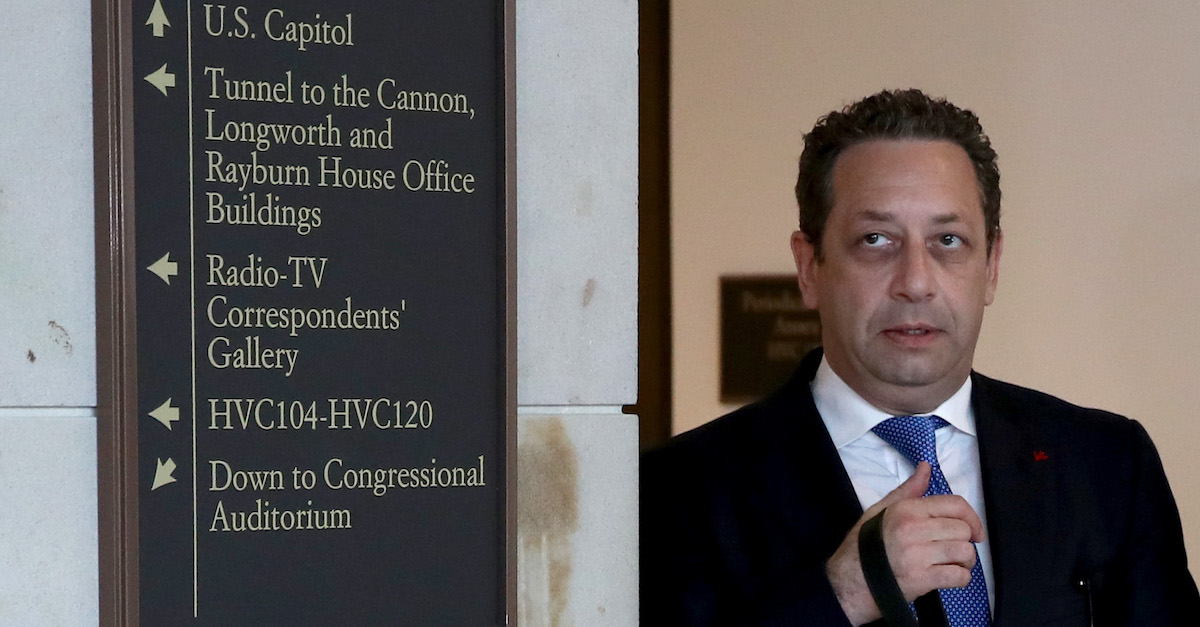 Sater played down his association with Ray in a message to Law&Crime.

“Last time I saw him was 28 years ago,” Sater told Law&Crime in a direct message, referring to Ray. “I met him like 4 times in my life and the relationship went to shit pretty quickly.”

In 1991, Sater reportedly smashed a margarita glass in a bar and stabbed a commodities broker in the face with it, requiring the man to get 110 stitches, according to the New York Times.

“So Larry and Poppy would both tell stories about how they would go out together, go grab a drink, and then somebody would start a fight, and they would both end up fighting in a bar brawl on way more than one occasion,” Rosario told a jury, explaining why she was “scared” to leave their orbit.

Throughout his trial, Ray can be heard obsessing about former New York City Police Chief Bernie Kerik, his former friend turned archnemesis. Ray was once the best man at Kerik’s wedding, but that relationship crumbled after Ray became his informant in a federal case that landed Kerik eight felony convictions. Multiple witnesses have testified that Ray and his daughter Talia compulsively talked about how they believed Kerik trying to exact elaborate payback for his cooperation.

Ray’s defense attorneys suggested that there was a grain of truth to his purported persecution by Kerik. The ex-NYPD chief was convicted in part because of $165,000 in free renovations that he received from contractor Frank DiTommaso, a construction executive whose company Interstate allegedly had mob connections, according to the New York Times. The company denied that allegation, but Kerik was charged with steering contracts to it.

After being videotaped attacking Ray in a hotel in on Sept. 17, 2015, DiTommaso was charged with assault but pleaded down to disorderly conduct. The footage of the beating was entered into evidence at Ray’s trial.

The top charge of Ray’s 17-count indictment itself evokes images of organized crime: racketeering, a statute enacted by Congress in an effort to clamp down on the mafia. In an effort to play down this association, Ray’s defense attorney Allegra Glashauser said during opening statements: “This was not a criminal enterprise. This was a group of storytellers.”

Other counts against Ray—such as sex trafficking, money laundering, and extortion—are also commonly charged against criminal rackets. The Russian mafia is particularly reputed to be associated with human trafficking and money laundering crimes, as well as extracting compromising information from their victims.

Ray’s alleged victim at the heart of the sex-trafficking claim, Claudia Drury, told a jury that he forced her into prostitution and took $2.5 million of her earnings. An FBI forensic accountant tracked the byzantine ways money trickled in from her clients to Ray, largely through GoDaddy, the witness said. Other former Sarah Lawrence students accuse him of extorting hundreds of thousands of dollars from them by extracting false confessions and blackmailing them with the records. Prosecutors say that Ray subjected Drury to a “long night of torture,” allegedly stripping her naked, handcuffing her to a chair, suffocating her with a plastic bag, and choking her with a leash.

Ray’s accused accomplice Isabella Pollok, the only charged co-defendant in the case, allegedly taped the encounter.

(Photo of Ray via DOJ; image of Capone credited to FBI)