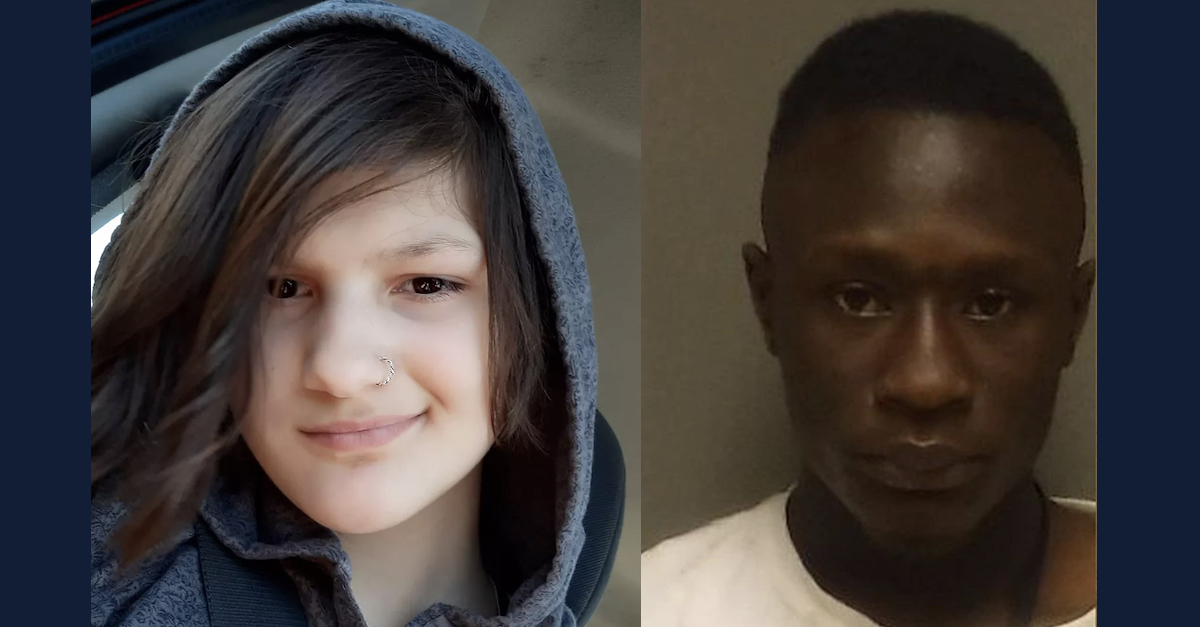 According to a jury, Arthur Prince Kollie, 23, stabbed and then strangled 14-year-old Jupiter Paulsen to death for roughly 30 minutes in the parking lot of a Party City in Fargo, North Dakota during the summer of 2021. Now, Kollie will spend the rest of his life in prison without the possibility of parole.

In September of this year, jurors found the defendant guilty on charges of murder, robbery, and aggravated assault over the brutal attack on the teenager. They deliberated for less than two hours, according to Fargo NBC affiliate KVLY.

“We got him,” Jupiter’s mother, Antonia Johnson, said after the verdict, the TV station reported. “We got him and it’s over. Rest. Just know that justice was served. Justice for Jupiter.”

The young girl was murdered as she was skateboarding from her father’s house to her mother’s house on the morning of June 4, 2021. At the time of her death, her parents said the trip had been made by their daughter numerous times before without incident.

The attack occurred around roughly 6:30 a.m. and lasted until nearly 7:00 a.m. A sanitation worker found Kollie kneeling over his victim.

According to prosecutors, Paulsen was stabbed 25 times, strangled, and stomped on. Her official manner and cause of death was ruled to be homicide by manual strangulation, the medical examiner found.

The girl did not die at the scene; she succumbed to her wounds days later in a nearby hospital, People magazine reported at the time.

“Instead of protecting her, the defendant murdered her in cold blood for really, what is the worst of reasons, the contents in her backpack,” Cass County Assistant State’s Attorney Ryan Younggren said in comments reported by KVLY.

During the trial, the prosecution showed jurors a TikTok video in which an effervescent Paulsen shares her wisdom with the world.

“I hope everyone has a great day!” the girl said in the footage recorded just months before she was gone forever. “I just want everyone to be themselves. Don’t act like somebody else just because somebody wants you to be that person. You matter. Everybody matters, and I love you guys.”

The girl’s father, Robert Paulsen, testified that his daughter, who had, in recent weeks, secured her first-ever job at a local Arby’s, was supposed to get paid on the day she died, according to KVLY.

“And she wanted to take her sister out for a sister date with her first check,” the grieving man told jurors.

“She was an amazing kid,” the girl’s father went on to testify. “She could draw, she could sing. She played a couple instruments. She could uplift your room by just showing up.”

Prosecutors asked jurors to return the maximum sentence against Kollie for the slaying.

“He took a beautiful [girl] out of this world and he deserves to pay with his life, but seeing as we don’t have the death penalty here, life without parole, I believe, is just,” Johnson said, according to KVLY.

“You can give him another slap on the wrist and I’ll take matters into my own damn hands,” Robert Paulsen said.

Kollie has consistently maintained his innocence. He claims not to have any knowledge about what happened to Jupiter Paulsen. During his sentencing, he apologized to the girl’s family. The defendant also told the court that he plans to appeal his conviction and sentence.