Cedric Kearney Jailed for Crimes that Ended with Cop Shooting 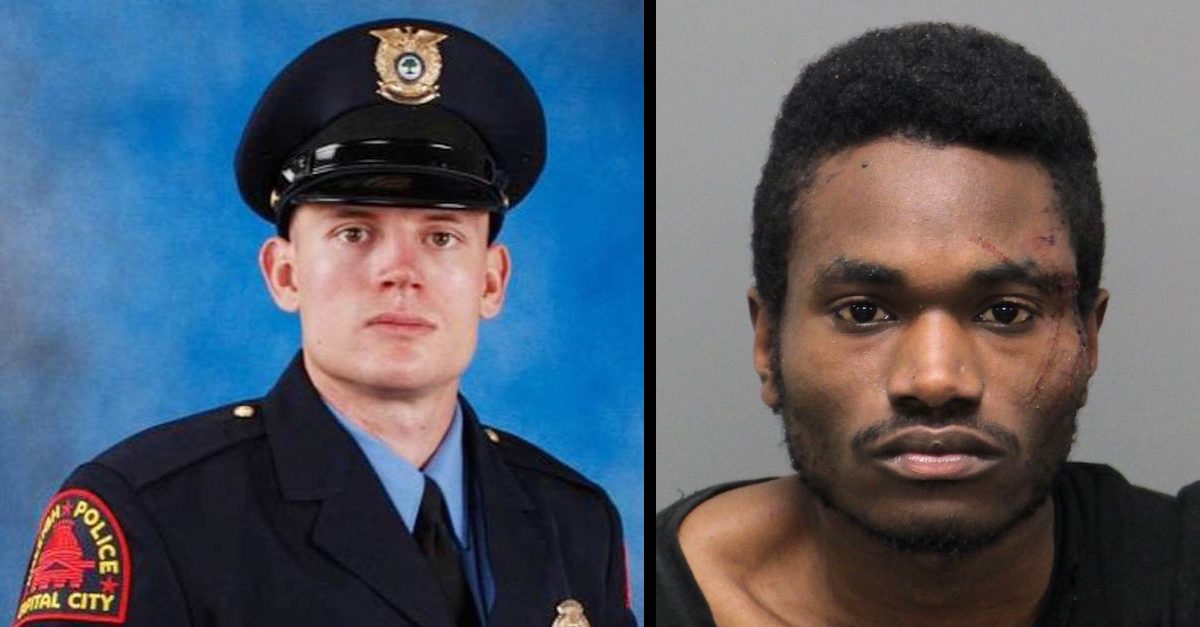 A North Carolina man was sentenced to 21 years in prison on Friday for a crime spree connected to the subsequent shooting of a city police officer.  According to the U.S. Department of Justice, Cedric Jamal Kearney, 26, of Henderson learned he will spend 252 months behind bars for “carjacking and aiding and abetting, brandishing a firearm in furtherance of a crime of violence, and possession of stolen firearms.”

Raleigh NBC affiliate WRAL said the whole thing started when Kearney used his girlfriend and a dating app to lure a man into the carjacking.  The TV station said only the weapon charge was directly related to the shooting of Raleigh Police Officer Charlie Ainsworth.  The DOJ’s telling, however, suggests that Kearney and his girlfriend commenced a multi-day crime spree on January 4, 2019 which culminated in the shooting:

Kearney and a co-defendant, Sherry Marie Richmond, robbed a Raleigh man of his car keys and cellphone at gunpoint. The crime spree continued on January 9, 2019 as Kearney and other co-defendants broke into a Holly Springs, NC apartment and stole several firearms and pairs of shoes. Finally, later that night on January 9, 2019, the Raleigh Police Department responded to a reported sighting of the stolen vehicle in the area of Shaub Drive and Teakwood Place. Upon arrival, the officers witnessed Kearney and another man attempting to get inside of the stolen vehicle. Officers gave out commands to the men and while one complied, Kearney fired shots at the officers and fled on foot. 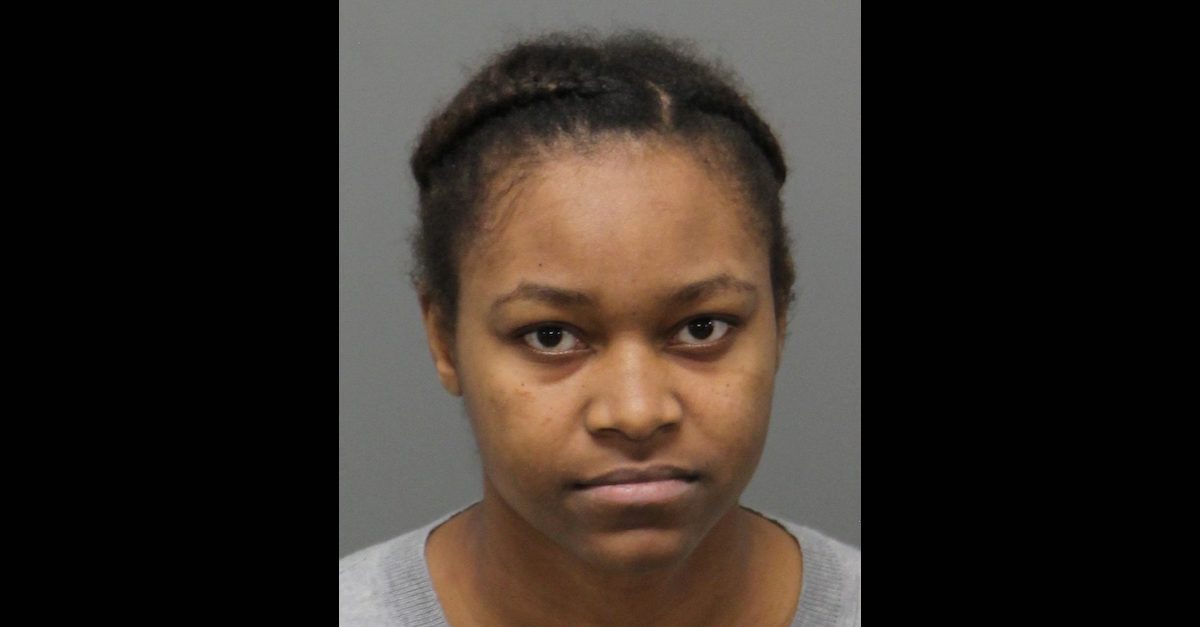 Ainsworth had to be rushed to WakeMed hospital with life threatening injuries, but ultimately survived. Body Camera surveillance captured the harrowing incident in its entirety. Kearney was found several hours later in a shed of a nearby homeowner; still in possession of the gun used to shoot Officer Ainsworth. Kearney had one prior conviction for reckless driving out of Virginia.

Kearney agreed to plead guilty to the federal charges back on March 10, 2020.  The case against him was put on hold, however, in August 2020 because a judge determined the defendant was “suffering from a mental disease or defect rendering him mentally incompetent” and therefore was “unable to understand the nature and consequences of the proceedings against him and to assist properly in his defense.”  To the irritation of the judge, the government dragged its feet in placing the defendant in a treatment facility.

The plea agreement was not fully accepted by the court until Oct. 7, 2021, the case docket indicates.  The actual plea agreement document itself appears to be sealed as of the time of this report.  Law&Crime attempted to view the document in a court database but was unable to do so.

A Raleigh police officer shared this photograph of Officer Charles Ainsworth, which I believe captures his personality better than the official RPD photo used by the media.

Officer Ainsworth is still fighting. Keep him and his family in your thoughts and prayers. pic.twitter.com/JXhlgiO0cN

Durham, N.C. ABC affiliate WTVD reported that Officer Ainsworth spent about a year recovering from the January 2019 shooting — including undergoing “numerous surgeries and grueling physical therapy” — while cases proceeded against four individual defendants accused of playing a role in the officer’s injuries.  Ainsworth went home from the hospital in April 2019, WTVD said.  WRAL said the officer eventually returned to active duty in early 2020, but a police department tweet said he subsequently retired in March 2020.

Besides Kearney and Richmond, Antonio Dequan Fletcher and Amonie Shateas Fletcher were also arrested and charged in connection with the spree. 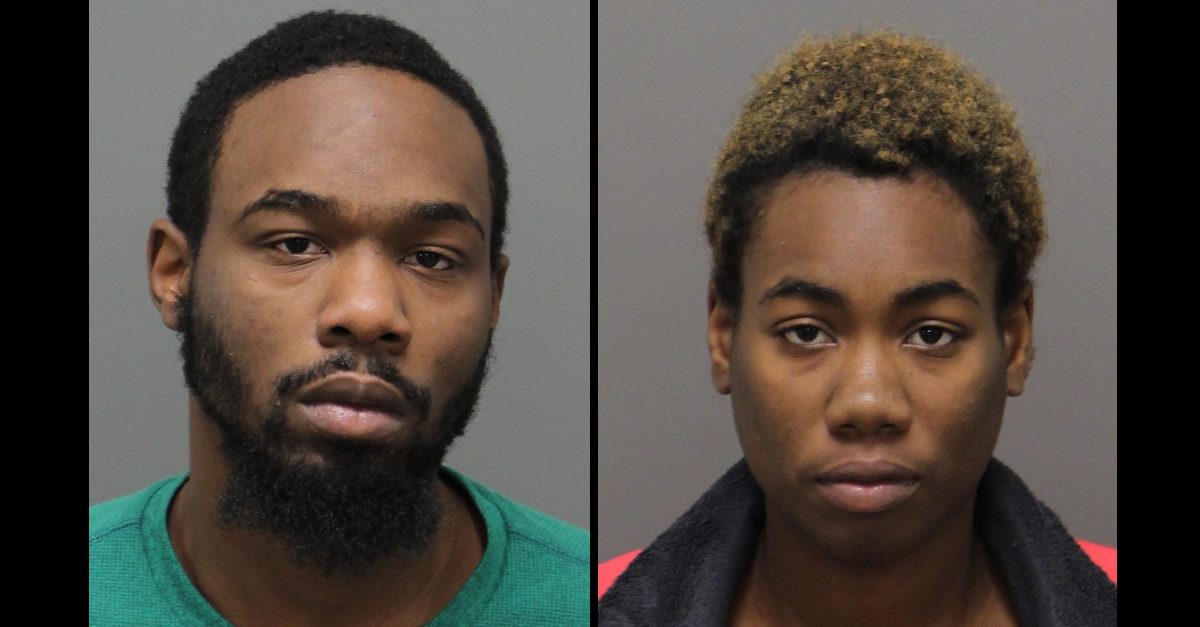 WTVD said that Officer Ainsworth was attempting to arrest Antonio Fletcher when Kearney, then 24, ran away and started shooting at Ainsworth.

Court records say the Fletchers and Richmond also pleaded guilty to the charges they faced in federal court.  An attempted murder case against Kearney is proceeding separately in state court, WRAL said.

Still, federal prosecutors are celebrating their own win.

“Today was a good day for both the Ainsworth family and the justice system. The Court sent a very clear message that these type of assaults on law enforcement simply will not be tolerated,” Acting U.S. Attorney G. Norman Acker III said of the federal sentence.

Read the original federal indictment below:

[Image of Ainsworth via the Raleigh Police Dept. Other images via Wake County Sheriff’s Office mugshots.]