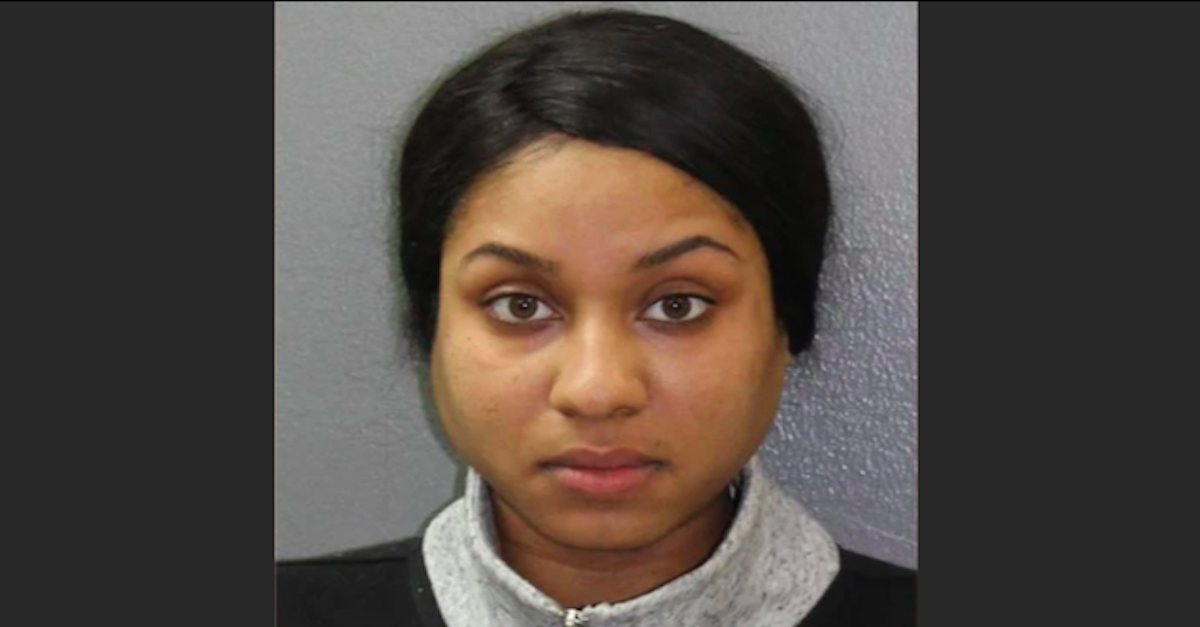 A New Jersey mother has spurned a plea deal from prosecutors and will instead face a criminal trial on murder and other charges in connection with the death of her 23-month-old son.  She’s accused of killing the little boy by beating him to death.  Prosecutors say she then dismembered and burned the boy’s body.

Nakira M. Griner, 27, of Bridgeton, appeared via video in Cumberland County Superior Court for a pretrial conference on Friday where she declined a plea agreement that would have required her to serve 30 years in prison in exchange for pleading guilty to her son Daniel Griner Jr.’s February 2019 death, Advance Media’s NJ.com reported.

According to the report, Senior County Assistant Prosecutor Elizabeth Vogelsong-Parvin summarized the state’s case against Griner, who was indicted in June 2019 on charges of first-degree murder, second-degree endangering the welfare of a child, second-degree desecration of human remains, and fourth-degree tampering with evidence.

Vogelsong-Parvin reportedly said prosecutors planned on introducing a recording of a phone call Griner made from jail in which she allegedly said that Daniel sustained his injuries by falling down the stairs and that she “did what she did to him” in an effort to cover up the bruises on the boy’s body.

Beginning at approximately 6:30 p.m. on Feb. 8, 2019, Griner placed a series of 911 calls claiming that she had been attacked by a male assailant while pushing Daniel in his stroller on her way to a local deli, according to a report from New Jersey news outlet The Daily Journal.

Griner, who said she also had her infant child strapped to a holster on her chest at the time, reportedly told police that the attacker repeatedly kicked her while she was on the ground and then took Daniel and the stroller and ran.

In a recording of one of the 911 calls obtained by NJ.com, the dispatcher reportedly had trouble understanding a frantic Griner.

“I’m really trying to understand you, but it’s really difficult while you’re crying,” the dispatcher says. “Try to take a deep breath, slow your breathing down and tell me what’s going on so I can help you.”

“Who are you hiding from?” the operator asks before Griner ends the call.

The dispatcher then called back and Griner told the story about being attacked.

However, as authorities began their search for the missing child, Griner’s story to investigators reportedly continued to change. She then failed a polygraph test, leading police to search the family’s Woodland Drive home. Using canines, investigators uncovered Daniel’s burned and dismembered remains, which had been stuffed in the defendant’s purse and buried under a shed in the backyard.

Vogelsong-Parvin described Daniel’s body as having been “significantly charred, which made it difficult initially to determine what had happened to the child.”

An autopsy conducted by the county medical examiner concluded that Daniel’s death was a homicide caused by blunt force trauma. The report also noted that the child had suffered multiple bone fractures.

Griner eventually admitted that she hit Daniel because he “would not eat nor listen to her,” NJ.com reported, citing a criminal complaint document.

Earlier this year, Jill Cohen, an attorney for Griner, filed a motion stating that her client admits to destroying Daniel’s remains but that the defendant did not “knowingly and purposefully” cause his death, NJ.com also reported. The motion sought to have the murder charge against Griner tried separately from the lesser charges, but that motion was later withdrawn.