School Teacher Had Sexual Relationship with 15-Year-Old Boy and Claimed to Be Pregnant: Police 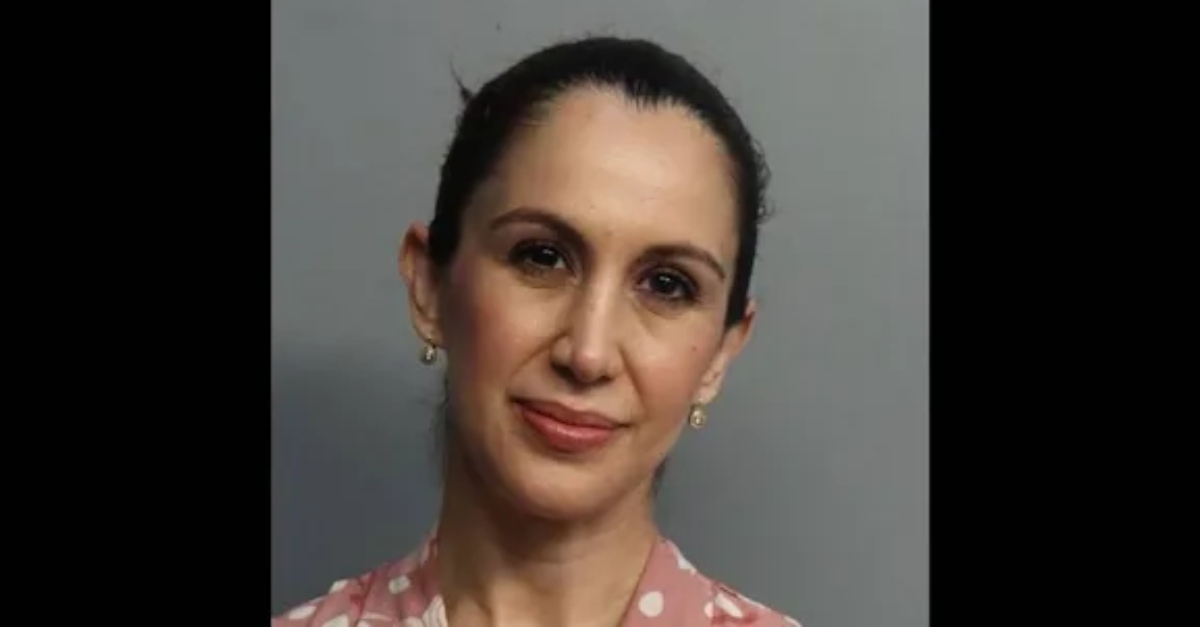 A school teacher allegedly abused a 15-year-old former student, say cops in Doral, Florida, according to a Miami Herald report. Heiry Calvi, 41, told a detective she was pregnant, said police spokesman Rey Valdes. She allegedly did not specify how many months she had been pregnant, nor did she identify the father.

Calvi is a teacher at John I. Smith K-8 Center, police said. The K-8 Center shares a campus with J.C. Bermudez Sr. High School, where a student allegedly showed off a video of him and Calvi having illicit relations.

Police said they searched the student’s phone. They claimed to find pictures of him and Calvi naked, a WhatsApp thread where the two exchanged romantic messages, Calvi’s credit card being used for the boy, and audio of him telling someone to deny knowing about the relationship with Calvi. The teacher and her former student, who had attended the K-8 Center, spent time together outside of school, officers said.

“A child does not have the legal authority to give consent even though the child may say, ‘This is OK,'” said Valdes. “The responsibility is on the adult.”

Miami-Dade Public Schools said they assigned Calvi to a “non-school site location” upon learning about the allegation, and they are taking steps to fire her.

“Miami-Dade County Public Schools is disturbed by today’s arrest involving inappropriate employee behavior,” they said in a statement obtained by the Herald. “When the District was apprised of these allegations in March, the employee was immediately reassigned to a non-school site location. The District will begin employment termination proceedings and will ensure the individual is prevented from seeking future employment with this school system. M-DCPS will continue to review its employee trainings to ensure that our workforce is fully aware of the District’s professional expectations of them and their ethical obligation to safeguard children.”

Calvi posted a $39,000 bond. She faces charges including lewd and lascivious battery, electronic transmission harmful to minors, contributing to delinquency, and possession of a firearm on school property. Online records do not name an attorney. An arraignment is scheduled for Nov. 8.

Two other teachers in the Miami-Dade area were recently charged for allegedly sexually abusing students.