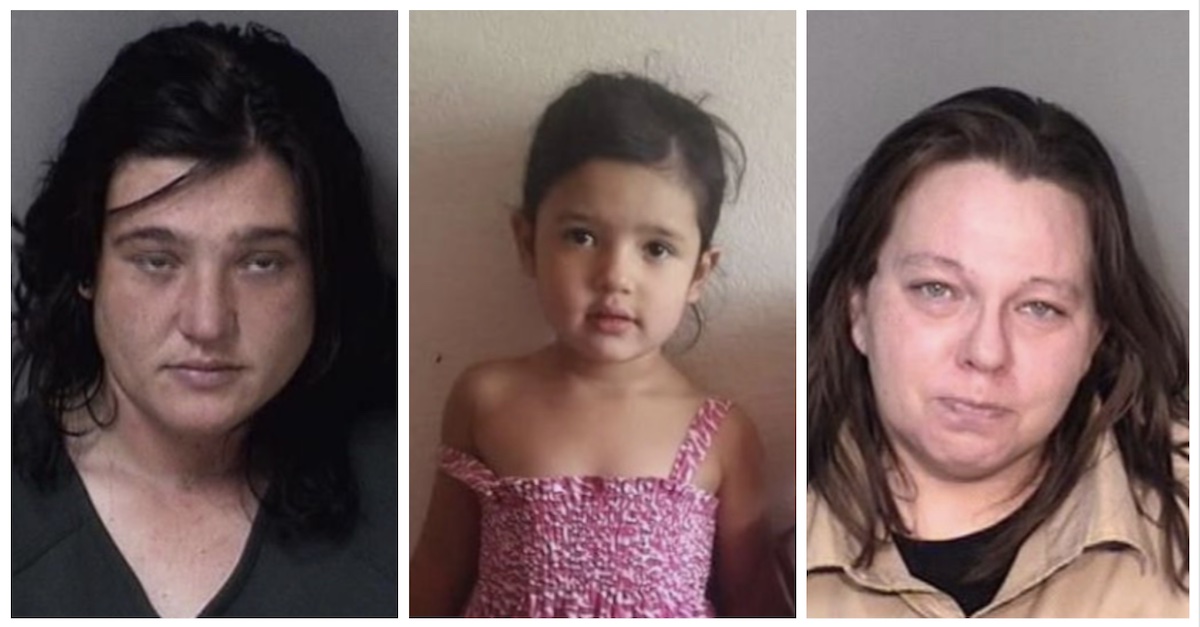 After nearly a year of investigation, authorities in Oregon identified a young girl whose remains were stuffed in a duffle bag and discarded in a riverbank next to a highway rest area. The girl’s mother, 28-year-old Shawna Browning, and her girlfriend, 33-year-old Lauren Harrison, were arrested Tuesday in Detroit, Michigan during a traffic stop and charged with aggravated murder for killing 9-year-old Haley Mae Coblentz, the Oregon State Police announced Wednesday.

Detectives with the state police Major Crimes Unit on Dec. 10, 2020 responded to a call about a female child’s remains being discovered in Lincoln County by a man who had been walking in the area. Investigators said the body had been “concealed inside a duffle bag, then hidden in the forest.” Based on the level of decomposition, it was determined that the child had been dead for 30 to 60 days prior to being found.

Based on the condition of the remains, investigators were unable to determine much about the victim, saying they did not know her “race, appearance, or other identifying characteristics.”

Detectives and experts from the Oregon State Medical Examiner’s Office collected samples from the remains which were sent to Parabon Nano Labs, which specializes in DNA phenotyping services for law enforcement organizations, for testing.

The lab on Oct. 4 notified investigators that the child had been identified as Coblentz, who was just 9 years old at the time of her death.

Investigators said Coblentz was born in Colorado but had been living in Oregon and various other places in the Pacific Northwest with her biological mother and her mother’s longtime partner since 2015.

Police said the child was never enrolled in school and had never been reported missing by the two women.

Investigators with Oregon State Police said they located Browning and Harrison at a Detroit motel with the help of the Detroit FBI and took them into custody without incident on a warrant issued in Lincoln County, Oregon.

According to a report from The Oregonian, Browning and Harrison were homeless, and spent most of the last five years roaming around the Pacific Northwest and panhandling. Browning has reportedly been estranged from her family for many years due to having suffered through a “traumatic childhood,” a relative told the outlet.

“We never blamed her for not being in touch anymore. Shawna’s had a very, very rough life,” her aunt, Sara Schnurpel, told The Oregonian. “Honestly, we were scared to death that Shawna had been sold into human trafficking. Just vanished.”

Another aunt reportedly told the newspaper that the family doesn’t know who Coblentz’s father is and said the child’s last name was taken from Browning’s girlfriend at the time.

Browning’s father reportedly told the Oregonian that he hadn’t spoken to his daughter since 2015 and hadn’t seen her since 2014.

The two women are being held at the Wayne County Jail without bond. They are scheduled to make their first court appearance on Wednesday as authorities work on having them extradited back to Oregon to stand trial. They are facing a maximum sentence of life in prison or the death penalty.