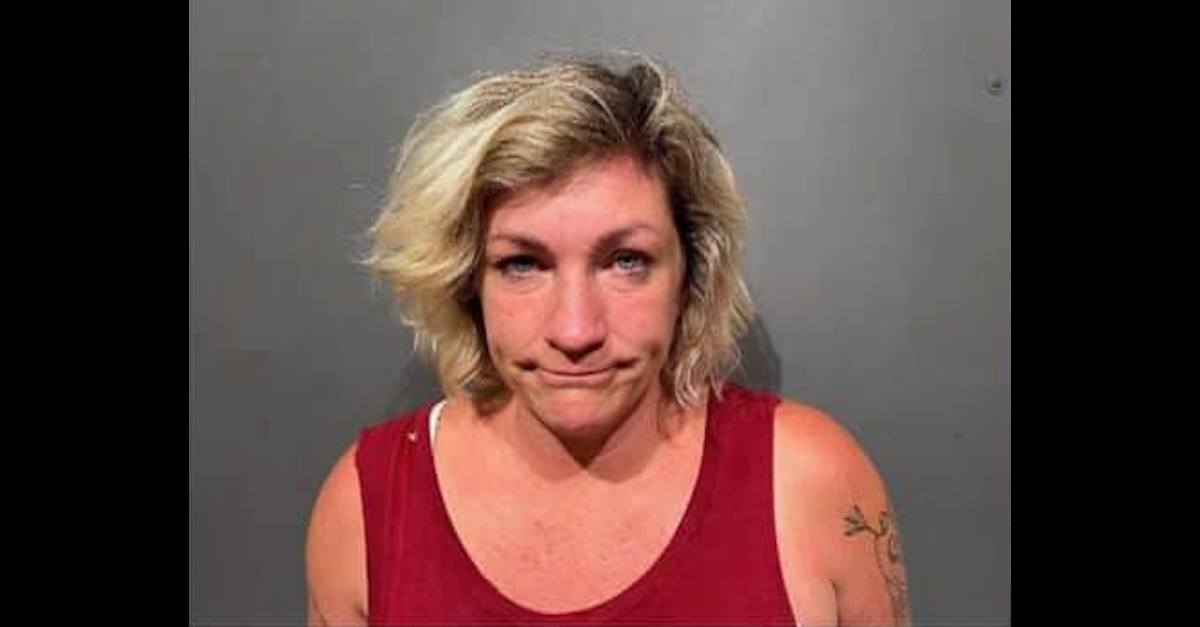 A California woman was arrested this week after police say she got behind the wheel of her car while drunk and took off — dragging her well-meaning young daughter hundreds of feet down the road after the girl tried to stop her mother from driving while intoxicated. The woman is also accused of dragging another person who tried to intervene and assaulting the officers who subsequently tried to take her into custody.

According to a press release from the Placentia Police Department, the incident began when 44-year-old Erin Garcia decided to leave her eight-year-old daughter with a relative who lives in the 400 block of Orchid Grove on Thursday evening. Garcia, a native of Laguna Niguel, was allegedly drunk when she got in her car and prepared to drive away.

Garcia’s daughter was “concerned about her driving due to her intoxication level and followed her out to her vehicle,” police said. “The child then grabbed the passenger’s door handle and told Garcia to stop. Garcia looked at the child and proceeded to drive away, dragging her child alongside the vehicle for approximately 300 feet.”

When her granddaughter was clear of the car, Garcia’s mother tried to intervene by asking Garcia to stop and get out of the car. She was joined by male bystander who was nearby and who happened to watch the scene unfold.

“Garcia stopped as the bystander and the grandmother attempted to get Garcia out of the vehicle,” police said. “Garcia then proceeded to drive away and the bystander was dragged by Garcia’s vehicle for a short distance.”

After she freed herself of the altruistic people hanging onto her car, Garcia drove away from the scene.

Officers with the Placentia PD responded to an emergency call from Garcia’s mother about what the police characterized as an assault.  The call came in at approximately 11:35 p.m., and officers arrived at the scene a short while later. Garcia had apparently doubled back to her mother’s place.  Police say they caught her “hiding behind some bushes” in the backyard of the house.

“Officers attempted to take Garcia into custody and Garcia resisted and kicked at officers,” police said. “Garcia was ultimately taken into custody without further incident.”

Garcia’s daughter and the male bystander who tried to intervene were both taken to a local hospital with “moderate injuries.” The child reportedly sustained “abrasions to her legs and feet,” per police.

Garcia was booked on suspicion of several felony charges, including assault with a deadly weapon, child endangerment, and battery against a peace officer. She is currently being held in the Orange County Jail on $100,000 bond. She is scheduled to make her first court appearance on Monday.

Police asked anyone with additional information concerning the case against Garcia to call Placentia Police Detectives at 714-993-8164. Those who would like to remain anonymous can submit tips to Orange County Crime Stoppers at 855-TIP-OCCS or via the crimestoppers.com website.