Missouri Woman Pleads Guilty to Soliciting a Prison Murder on Behalf of Her Incarcerated Husband, a Leader of the Aryan Brotherhood 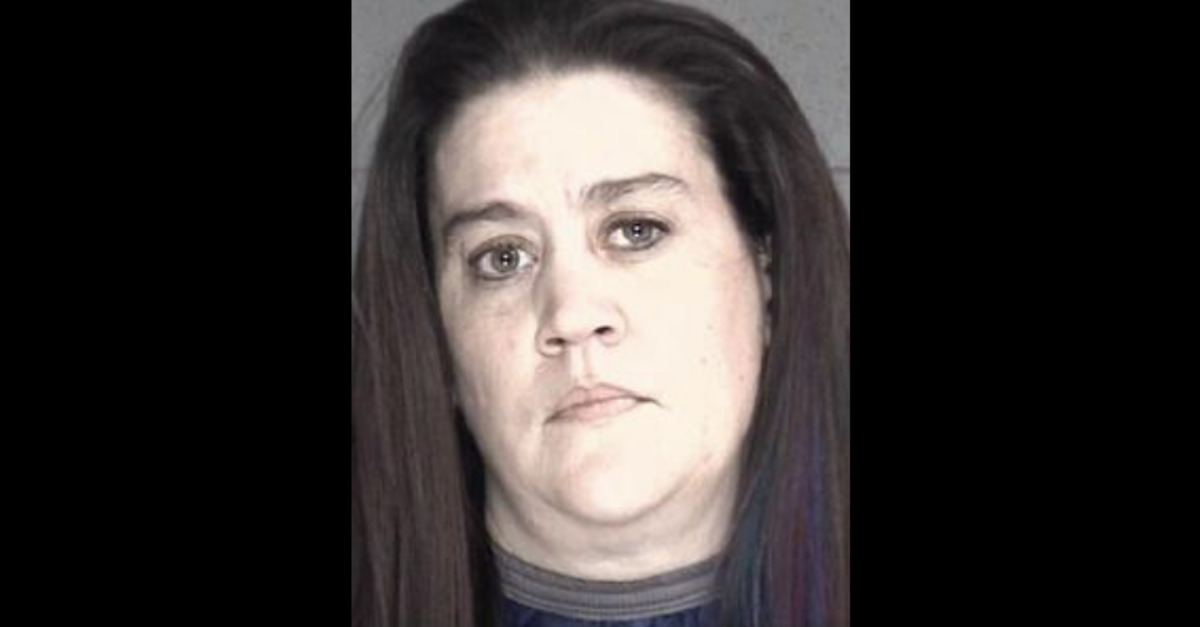 A Missouri woman pleaded guilty last week over her participation in her incarcerated white supremacist husband’s plot to kill an inmate currently serving a sentence in state prison.

Renee Johnson-Fritz, 44, accepted one charge of solicitation to commit capital murder after she forwarded a letter from her husband that allegedly contained an entreaty to kill an inmate at the Lansing Correctional Facility in Kansas.

According to local Fox affiliate WDAF, Leavenworth County Attorney Todd Thompson charged the defendant after the victim was stabbed 26 times in April 2019, though he did end up surviving the attack.

The prosecutor alleged Fritz’s husband, Frederick Fritz, demanded the killing on behalf of the Aryan Brotherhood of Kansas while he was at the El Dorado Correctional Facility. The husband is said to be a leader in the organization, according to witness testimony during a preliminary hearing in March, the Leavenworth Times reports.

Frederick Fritz was also charged with solicitation of capital murder for allegedly sending the letter to his wife that was then forwarded along to a man named Andrew Hogue. That letter allegedly contained a message which suggested the victim should be “crossed out.”

The man who was stabbed allegedly incurred Frederick Fritz’s anger and eventual wrath for “screwing up,” according to the outlet.

Earlier this year, Johnson-Fritz’s defense attorney Joel Rook filed a motion to suppress evidence that his client allegedly made a racist comment. Prosecutors had hoped to use that comment in order to saddle the defendant with a gang affiliation, according to the Times.

During a hearing, Rook said the comment in question was made during a Facebook Messenger chat in which Johnson-Fritz said something racist about a person she believed got her fired.

“My impression is that they want to prove that Ms. Johnson has a gang affiliation,” Rook told the court. Assistant County Attorney Megan Williams said the defense request was about “unrelated matters” because she was unaware of the content of that comment but later added that the comment would likely be used to show the defendant was, in fact, affiliated with the Aryan Brotherhood.

“It is evidence that is relevant to this case,” she said.

District Judge Gerald Kuckelman appeared to agree with the state and said that any affiliation with the infamous neo-Nazi group would tend to lend credence to the overall conspiracy alleged.

“And that all seems like it would be relevant,” the judge added.

During that May hearing, Johnson-Fritz was also admonished by the court for a bond violation that involved yet another letter sent to an inmate at a correctional facility.

After previously making bond set at $100,000, Johnson-Fritz sent a letter to an inmate at the Hutchinson Correctional Facility, in violation of a condition that prohibited her from contacting Kansas state prison inmates.

“I don’t know how I can make it clearer,” the judge said as he imposed bond at $200,000. Johnson-Fritz never made the second bond amount. She is currently detained in the Leavenworth County Jail. Her trial would have started next week absent the plea deal.

Hogue was charged with attempted capital murder. Both Frederick Fritz and Hogue currently have trials slated to begin in April 2022.

Johnson-Fritz is scheduled to be sentenced on Dec. 1.