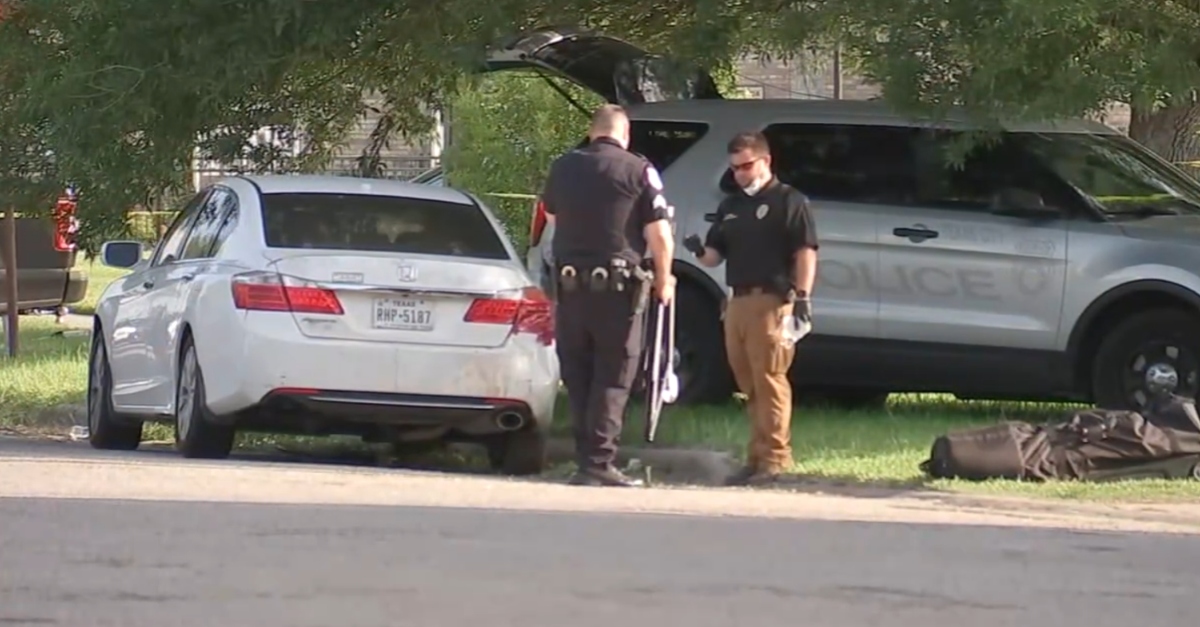 A Texas mother of four was found dead in the trunk of her car less than a week after she disappeared.

Cops in Texas City announced that officers discovered Angela Leeann Mitchell, 24, after someone reported what smelled like a decomposing body, according to KTRK. Residents called officers Wednesday at about 2:30 p.m. about an odor coming from a white Honda parked for days in the street, police said.

A person who reported the odor said they could smell what they believed to be a decomposing body from the vehicle, officers said, according to KPRC. Dickinson Police, who were investigating the disappearance, were called there as well, according to KHOU. That was on May 11.

Family and friends told KTRK they had reported Mitchell missing back on May 6; the mother of two boys and two girls had not returned home on May 5 in the city of Dickinson, Texas. They said they tracked Mitchell down to Texas City and discovered the car on May 6, but they did not see any sign of her. Those searching reportedly said they told Texas City cops about the car. “I just wanted somebody to help me and nobody was helping me,” Mitchell’s mother Georgia Mitchell reportedly said.

“To be honest, that’s nothing new in this town,” local man David Welch Jr. told KTRK, referring to the lack of swiftness in the investigative response. “You come across that situation every couple of months, or so. That’s just Texas City for you.”

The cause of Mitchell’s death is pending.

There is a $5,000 reward on information leading to an arrest or charges in Mitchell’s death, police said.

Texas City Police and Dickinson Police did not immediately respond to a Law&Crime request for comment.