Minnesota Mom Accused of Murdering Infant Demonstrated to Detectives How She ‘Cut’ the Child ‘Across the Throat’: Police 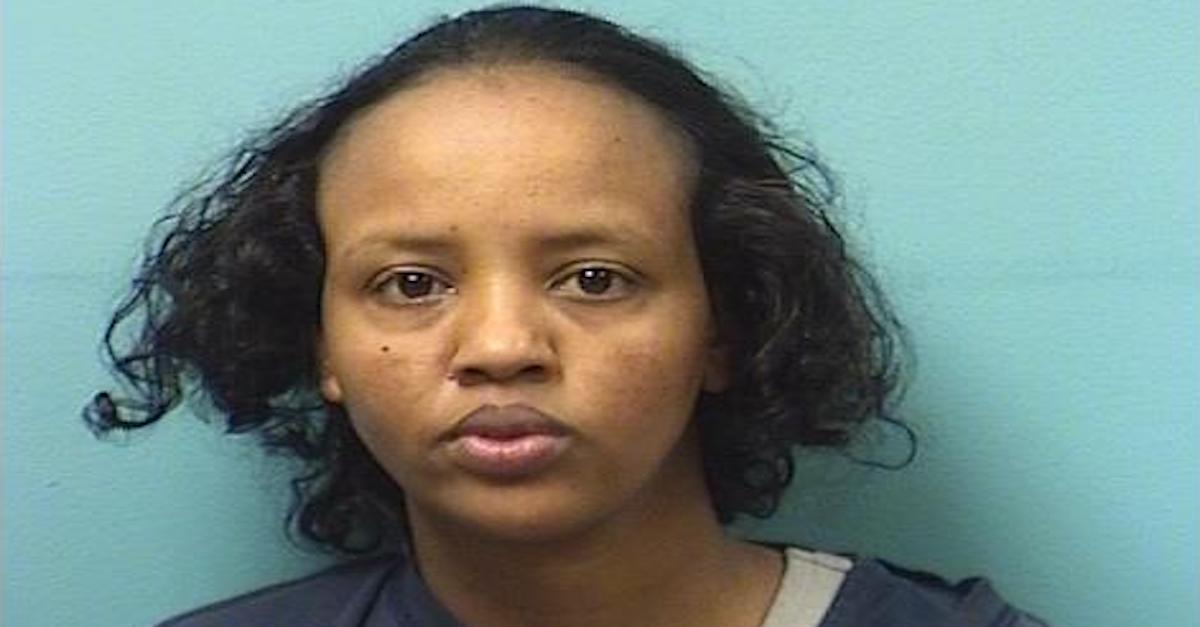 A mother in Minnesota was arrested after police say she stabbed her 3-month-old son to death and then threw his body in a plastic garbage bag which she left in a dumpster outside of her apartment building. Fardoussa O. Abdillahi, 26, was taken into custody Sunday morning at approximately 8:20 a.m. and is facing felony murder charges for allegedly killing the infant, the Star Tribune reported.

According to a copy of the criminal complaint obtained by the Tribune, an unnamed man on Sunday called 911 at approximately 6:30 a.m. and requested a welfare check, telling the dispatcher that a baby had gone missing and the child’s mother had allegedly told him that “she had thrown the baby in the dumpster.” The dispatcher sent officers with the St. Cloud Police Department to the woman’s apartment complex on Maine Prairie Road.

Abdillahi reportedly lived alone with the baby in the apartment.

Investigators performed a brief search of the area and reportedly discovered the 3-month-old boy’s body in the building’s dumpster wrapped in a plastic garbage bag. Several knives and some blankets were also in the dumpster, per the report.

In a subsequent interview with detectives, Abdillahi reportedly said that since the child’s birth on Aug. 5 she had been suffering from headaches and feelings of anxiety, specifically claiming that the baby’s father had been “denying that the child was his,” per the complaint.

Abdillahi also reportedly admitted to murdering her baby, telling investigators that the child had been crying in the moments before she stabbed him. She then “demonstrated that she cut [the child] across the throat,” the complaint stated.

Authorities said the investigation into the baby’s death is ongoing and will be assisted by the Forensic Crime Scene Team of the Minnesota Bureau of Criminal Apprehension.

The St. Cloud Police Department did not immediately respond to an email from Law&Crime seeking additional details about the case.

Abdillahi appeared Tuesday in Stearns County District Court before Judge Shan Wang where she was formally charged with one count of second-degree murder with intent but without premeditation. The Tribune reported that Judge Wang set Abdillahi’s bond at $2 million without any conditions for her release or $1 million with conditions. It was not immediately clear what conditions Judge Wang attached to the $1 million bond.

Abdillahi is currently scheduled to make her next court appearance on Dec. 13.

According to the Tribune, the baby’s death was the fifth homicide in St. Cloud since the start of 2021, marking an all-time high for the city with a population of 69,000.

[Editor’s note:  this piece has been updated to correct a spelling error.]