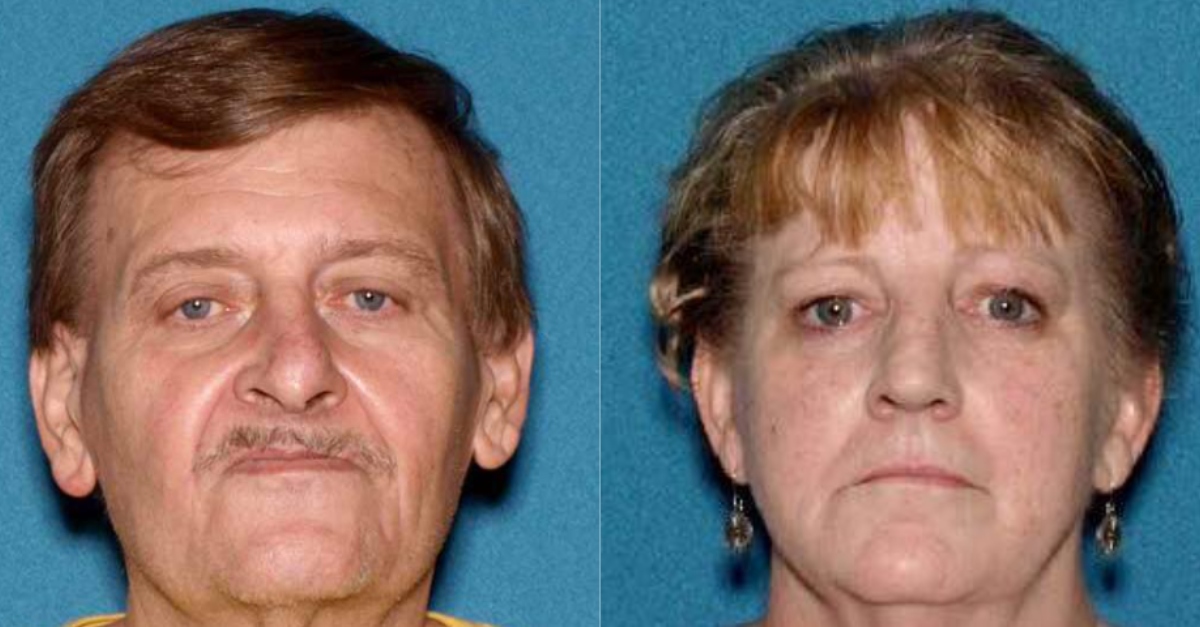 A missing New Jersey couple has been found dead, cops announced Tuesday. Gary Parker, 67, and Lorraine Parker, 60, were discovered at approximately 1 p.m., according to the Stafford Township Police Department. A law enforcement drone found them in a densely wooded area of the community of Warren Grove, not far from their home, officers said.

Cops did not suggest how the couple might have died, but they did say they didn’t suspect foul play.

“Autopsies will be performed later this week, however no foul play is believed to be involved,” said a statement posted on the department’s Facebook page. “Our department sends its condolences to the [Parkers’] family and friends. We would also like to thank all of the assisting agencies, especially the Ocean County Prosecutor’s Office, Ocean County Sheriff’s Department, New Jersey State Police, and the Warren Grove Fire Company. Thank you.”

The Parkers were last seen Wednesday, Nov. 17, but a neighbor talked about speaking to Lorraine the following weekend, officers said in a Asbury Park Press report.

They were believed to have entered the Pine Barrens, and an ATV with Gary’s shotgun was found near their home.

“As of 8 am my parents quad has been found along with my fathers shotgun which was strapped to it,” the couple’s daughter Lindsay Parker wrote last Tuesday on Facebook. “Still no sign of either of my parents. K9 units have done several sweeps and grid searches were performed. As of right now we have nothing new. Please keep both of them in your prayers. Thank you to everyone who has reached out.”