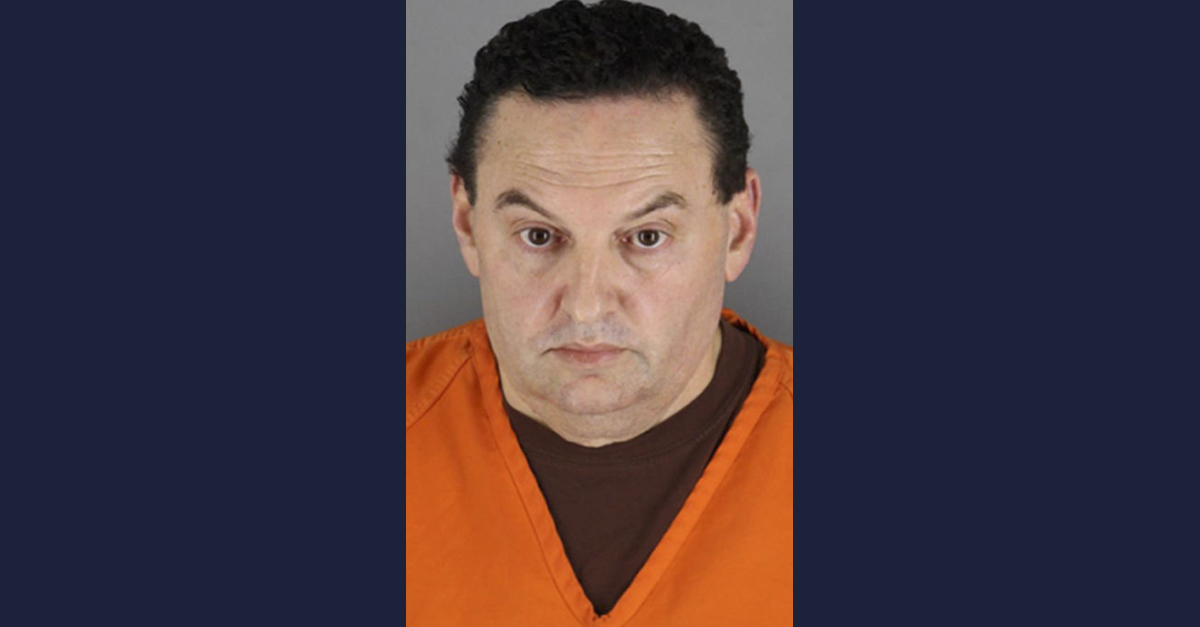 A Minnesota man was convicted of stabbing a sex worker to death 1993 on the strength of DNA evidence culled from a hot dog napkin thrown away at a hockey game.

Jerry Westrom, 56, was found guilty of premeditated murder in the first degree and intentional murder in the second degree over the slaying of 35-year-old Jeanne Ann “Jeanie” Childs by Hennepin County jurors on Thursday after just two hours of deliberations.

On June 13, 1993, Childs was found dead on the floor of her apartment after a neighbor complained about water seeping into his own residence. Investigators found the victim suffering from dozens of stab wounds – many of which were determined to have been inflicted after she died. Blood covered her bed, bedroom, and bathroom. The shower was still running. Lacking any real leads, the sex worker’s death “received scant news coverage,” according to the Minneapolis Star Tribune, and the case quickly went cold.

In 2015, investigators reopened the case amidst advances in DNA technology. Samples of a DNA profile from the crime scene that didn’t match Childs were tested at a state and “private DNA” laboratory, police said. Still, relevant information proved elusive for years.

But that same lead would eventually bear fruit in 2018. Spurred on by the success of California investigators in the Golden State Killer case, Hennepin County authorities ran the unknown sample through an online genealogy website. And two possible suspects emerged.

Westrom, a married father of three identified as a “hockey dad” by local media, was the one police liked for the crime because he lived in the Twin Cities of Minneapolis and St. Paul from April 1991 the December 1993 – and because he had a number of run-ins with local law enforcement for prostitution-related offenses during that time.

Investigators began tailing the defendant in January 2019 intending to obtain a sample of his DNA without him knowing. He was finally followed to a hockey game where, police say, he ate a hot dog, wiped his mouth, and threw the used napkin away in a cardboard container. Officers retrieved the used napkin, tested his DNA and probable cause supported his arrest in February 2019. Additional DNA was then retrieved from the suspect. Detectives next compared his DNA to the male profile found on several items in Childs’ apartment.

Westrom was a match for a bloody towel, washcloth, T-shirt, and spots in the sink; his semen was found on Childs’ blood-soaked comforter.

Jurors also heard about a footprint in the mess of blood.

“How do you get a bloody footprint?” prosecutor Darren Borg asked and answered: “You step in liquid blood and you put your foot down. His footprints were in her blood because he killed her.”

In macabre tones, Borg described what happened at the Horn Towers on the awful day in question. The attack was relentless and lengthy. Childs had defensive wounds on her hand. She was stabbed 65 times total. Westrom slowly killed her, attacking the woman from room to room.

At 4:00 p.m. Central Standard Time, the verdict was read and the defendant, who was free on bail, was taken into custody pending sentencing. He’s likely to be scheduled for sentencing in the coming weeks, Judge Juan G. Hoyas said, according to CBS News.

In the courtroom earlier that afternoon, Betty Eakman, Childs’ mother, had quietly cried as she heard closing arguments.

“My condolences go out to the victim and her family,” Hennepin County Attorney Mike Freeman said after the verdict in comments reported by the Pioneer Press. “They have had to live without justice for her brutal murder for nearly three decade. Today’s guilty verdicts show that we will pursue convictions for serious crimes, even if it takes years to gather the evidence.”