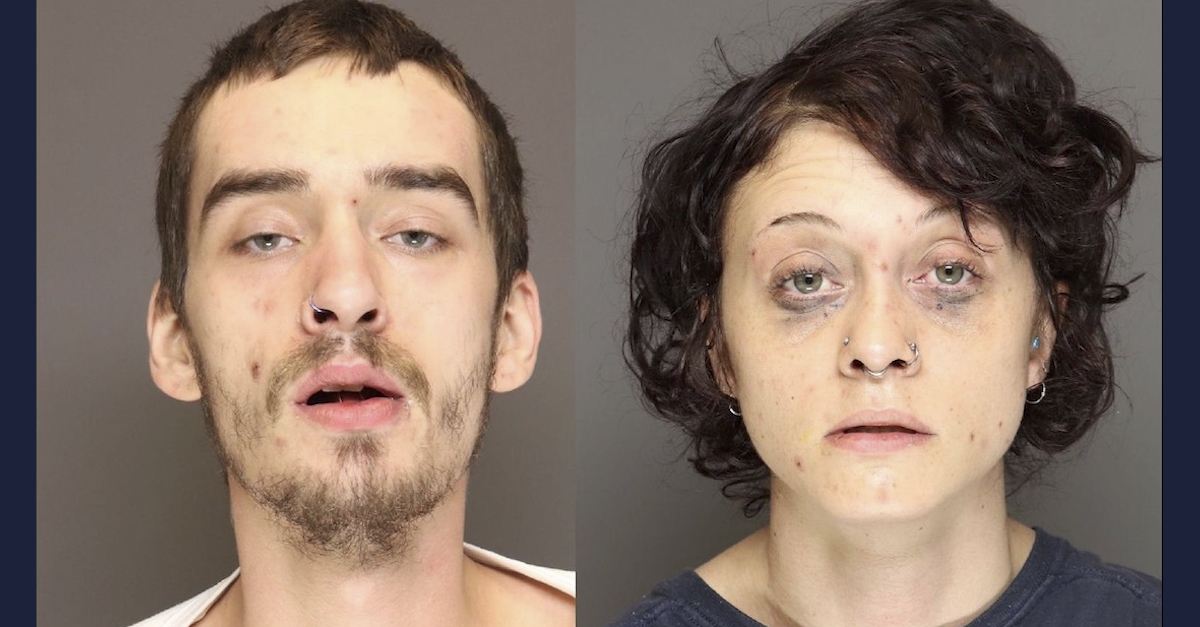 A Minnesota man and woman have been arrested and charged after a man was shot and killed inside his own home earlier this month.

Logan Slack, 25, and Fotini West, 25, stand accused of two counts each of murder in the second degree. Both defendants are charged with one count of intentional but not premeditated murder and one count of murder lacking intent during the commission of a felony over the Sept. 24, 2022 death of 43-year-old Michael Chang Beom Lee.

According to the Dakota County Attorney’s Office, a “third individual” was originally arrested in connection with Lee’s slaying and then later released by law enforcement. That third person is not being charged.

“I wish to commend the Inver Grove Heights Police Department for their quick apprehension of those involved in this senseless murder,” Dakota County Attorney Kathy Keena said in a press release obtained by Law&Crime. “My deepest sympathy is extended to the family and friends of Mr. Lee for their great loss.”

According to court documents obtained by Minneapolis-based NBC affiliate KARE, officers arrived at Lee’s residence sometime after 2:00 a.m. in response to a 911 call after the caller hung up. Police say they found the victim dead on the floor of his downstairs bathroom.

Witnesses on the scene allegedly told law enforcement that a dark-colored SUV drove away immediately before officers arrived.

Another officer was at a nearby intersection and pulled over a black Toyota with Slack, West, and a third person inside. West allegedly had blood on her harms, hands, and chest. When confronted, she allegedly said she went to a man’s house but was attacked as she tried to leave.

During the traffic stop, police learned that a man was found dead at a nearby home. Those officers were instructed by officers at the scene of the crime to photograph Slack’s shoes in order to ascertain whether or not his soles matched bloody footprints found at Lee’s house.

According to the court document obtained by the TV station, Slack was transported to the Dakota County Jail that same morning – where officers at the intake facility allegedly noticed a small lump in his sweatshirt pocket that turned out to be the soles of his shoes.

Upon hearing about that cancellation, Slack allegedly got a gun from out of the vehicle, forced his way into the house by breaking through a back door, and then chased Lee into the basement. There, the victim locked himself in the bathroom but to no avail.

According to a criminal complaint, Slack allegedly broke through that door as well and shot Lee in the back to stop him from calling 911 and to obtain his cell phone to “ensure electronic payment for the massage.”

Prosecutors allege West went into the bathroom to retrieve the cell phone before the pair fled. A search of the SUV revealed a bloody cell phone and a revolver left under the front passenger seat, police claim.

According to KARE, the Hennepin County Medical Examiner reportedly determined the man died from one shot to his torso.

A GoFundMe remembers and eulogizes Lee in fond terms.

“He was charming, friendly, and funny,” Kevin Xiong wrote on the fundraiser. “He loved to play volleyball and was known for his positive attitude on and off the court. He made the best kimchi. He always made an effort to talk to you and make you laugh. His crinkle-eye-smile could brighten anyone’s day. He loved his son and wife so much. We love him and will carry him in our hearts forever.”