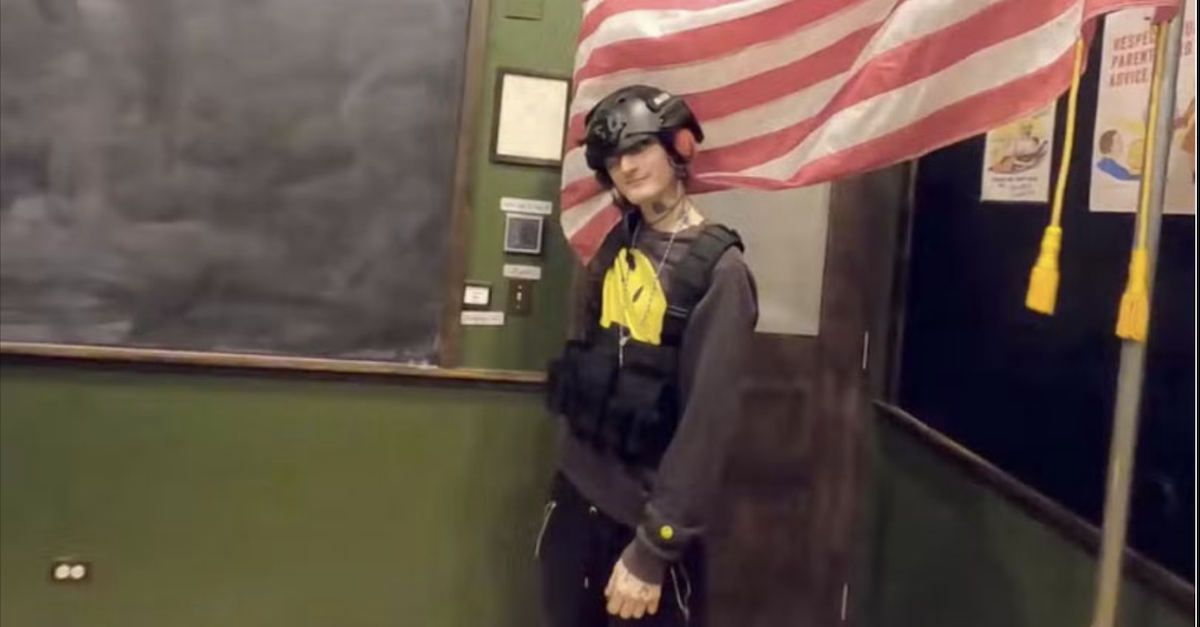 The lawsuit against Smith & Wesson embeds this still frame from a video of accused Highland Park shooter Robert Crimo III titled “On my Mind,” depicting him “holding the American flag while wearing tactical gear inside a vacant classroom.” (Screenshot from lawsuit)

Families of the victims of the Highland Park massacre sued gun manufacturer Smith & Wesson over what they describe as the “foreseeable and entirely predictable” mass shooting this past Fourth of July holiday.

“The mass shooting at Highland Park’s Fourth of July Parade was the foreseeable and entirely preventable result of a chain of events initiated by Smith & Wesson,” one of the families alleged in a 71-page complaint.

“For years, the manufacturer has deceptively and unfairly marketed its assault rifles in a way designed to appeal to the impulsive, risk-taking tendencies of civilian adolescent and post-adolescent males — the same category of consumers whom Smith & Wesson has watched, time after time, commit the type of mass shooting that unfolded again on the Fourth of July in Highland Park,” the lawsuit continues. “Smith & Wesson’s M&P rifles have been repeatedly used in such mass shootings, including those in Aurora, Colorado; San Bernardino, California; and Parkland, Florida.”

“You’re Wondering If This Is How It All Ends”

The lead plaintiffs of the first lawsuit, filed in the Circuit Court of the 11th Circuit in Lake County, Illinois, are Keely Roberts and Jason Roberts, the parents of twin 8-year-old boys.

“For those who have never felt a bullet rip through your skin, let me explain how it feels: Imagine a hot, metal, dart-like projectile tearing through your body at supersonic speed — faster than the speed of sound,” Bennett recounted. “You’ll feel it burn through your skin, and likely, you’ll quickly grab whatever part of your body was hit because you know something’s not right, only to feel that excessive amounts of blood are draining out of you and soaking through everything. At this point, you most likely feel as if you are dying. Maybe you’re wondering if this is how it all ends. I can assure you that’s what I was thinking.” 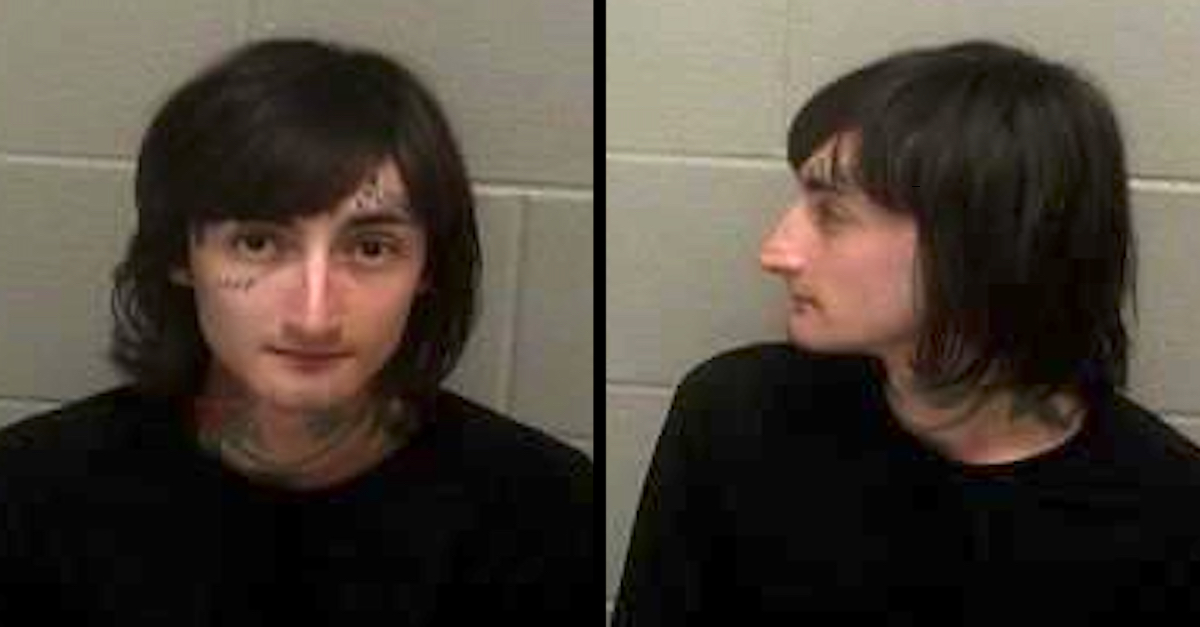 In a 117-count indictment, Crimo stands accused of murdering seven people and injuring dozens in a hail of gunfire in suburb of Chicago on Independence Day.

In a purchase sponsored by his father, the younger Crimo bought a Smith & Wesson M&P15 semiautomatic rifle from Bud’s Gun Shop, which shipped the weapon to the store Red Dot Arms, according to the lawsuit.

“The July 4th mass shooting in Highland Park wasn’t just an act of one troubled young man,” attorney Alla Lefkowitz, senior director of affirmative litigation at Everytown Law, said in a statement. “As our complaints allege, he used a gun that was deceptively and unfairly marketed to him by Smith & Wesson, illegally sold to him by Bud’s Gun Shop and Red Dot Arms, and negligently put in his hands by his father.”

Gun companies enjoy broad, though not absolute, immunity for their products in connection with mass shootings. One case brought by Connecticut families reached a $73 million settlement with Remington earlier this year, after using a then-innovative legal maneuver to defeat the company’s claims it was shielded.

Josh Koskoff, one of the attorneys who represented Sandy Hook families in that lawsuit and litigation against InfoWars conspiracy theorist Alex Jones, also represents Eduardo Uvaldo, one of the Highland Park families.

“For years, gun companies have been marketing weapons of war built for the battlefield to the most vulnerable civilian populations,” Koskoff, from the firm Koskoff, Koskoff and Bieder, wrote in a statement. “Just as our historic case in Connecticut held Remington accountable for the destruction in Sandy Hook, we look forward to helping the Highland Park families still reeling from tragedy discover the preventable circumstances that may have contributed to the parade massacre and could help prevent the next mass shooting.”

The lawsuit against Smith & Wesson appears to mirror the legal strategy in the Remington litigation, seeking to hold the manufacturer liable for its marketing and advertising of the weapons.

“The marketing and sales practices of Smith & Wesson and other entities within the gun industry are the beginning and pivotal links in a foreseeable and predictable chain of events resulting in numerous mass shootings in America each year,” the complaint states. “With full knowledge and appreciation of its role in facilitating these mass shootings, Smith & Wesson continues to intentionally and recklessly advertise, market, promote and sell a warrior mentality that a certain subset of youths and young men fantasize will propel them into infamy.”

According to the lawsuit, the M&P sold by Smith & Wesson is short for “Military & Police,” even though the rifle is marketed to civilians. The company’s marketing strategy allegedly sought the name to create a “halo” effect in the eyes of civilian buyers.

“As far back as 2010, Smith & Wesson has been encouraging consumers to ‘Kick Brass’ and to ‘burn through all the ammunition you want,’ while promising ‘Pure Adrenaline,'” the complaint states. 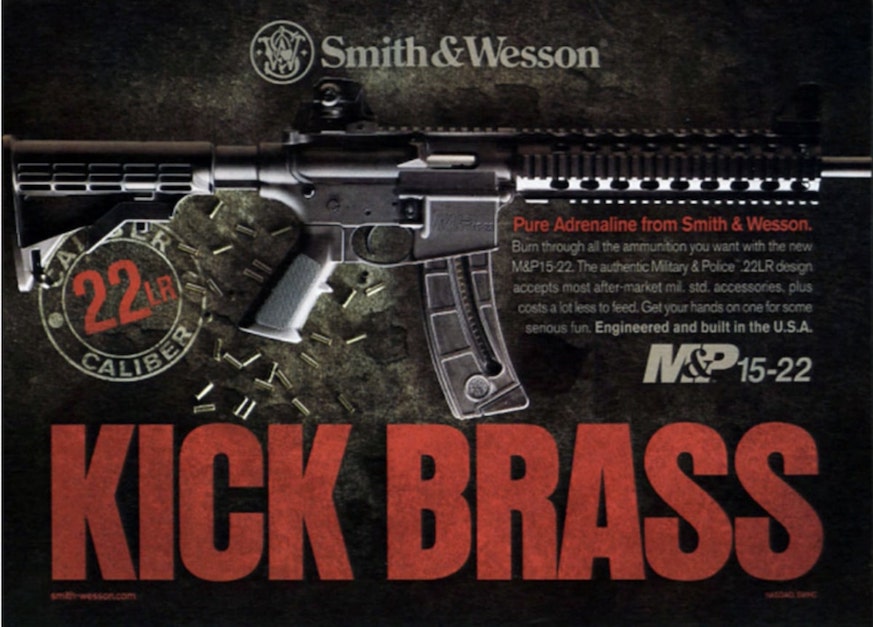 The complaint is below: