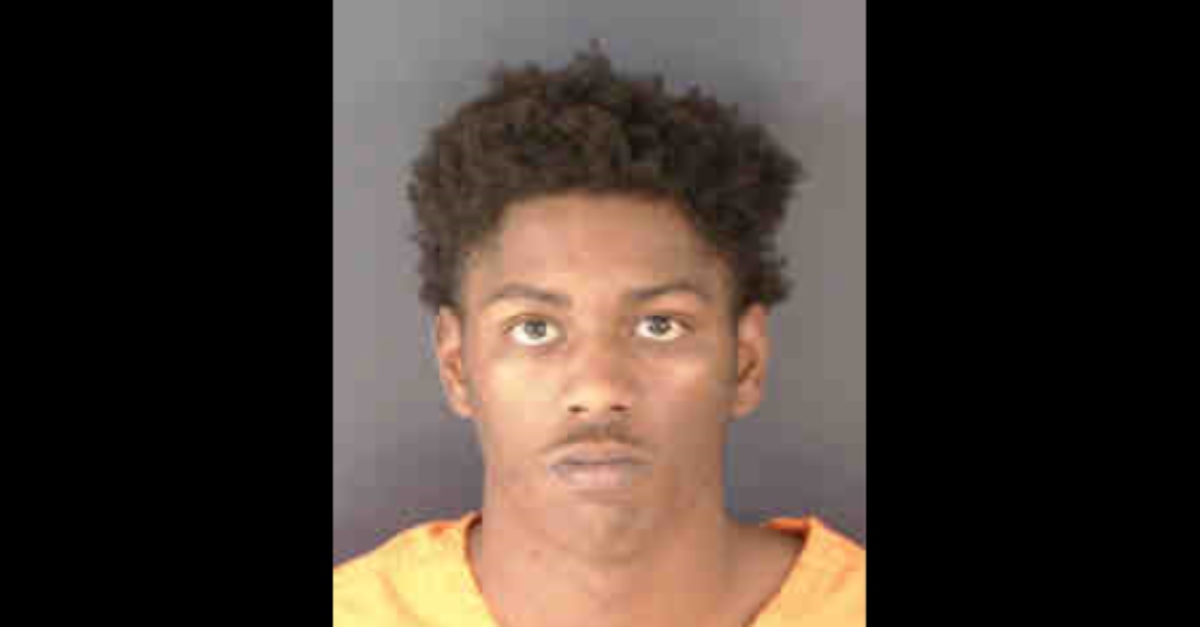 An 18-year-old in North Port, Florida is facing criminal charges that he sexually extorted a girl. Steffan Lamar Johnson has also lost out on a college football career.

“Michigan State football informed Steffan Johnson today that he will not be a member of the Spartan program,” a spokesman for Michigan State University told The Detroit News.

The events unfolded after police say the father of a juvenile girl told them Johnson threatened his daughter. The girl rejected the defendant’s advances, and the defendant is alleged to have responded by saying he would post video of the girl performing a sex act on him.

Cops said they spoke to the girl, who asserted that Johnson tried to kiss her. She said she received a text message featuring the threat and video of herself performing the aforementioned act on Johnson.

Both victim and suspect were minors at the time of the video, police said.

Following his arrest earlier this week in Florida, MSU football signee Steffan Johnson will not become a Spartan. https://t.co/0HuGqQ9J0T

MSU previously took a wait-and-see approach to the allegations against Johnson, a cornerback in Florida’s Venice High School.

“Michigan State Athletics is aware of the matter and monitoring the situation,” a spokesman previously said.

Johnson announced in November that he would be committing to MSU.

“Go Green,” he wrote, and recent tweeted that he would be at a practice that took place Saturday.

Jail records show Johnson was arrested Thursday by the North Port Police Department. He faces one count of extortion or threats and one count of cruelty towards children by directing or promoting a sexual performance by a child.  The records indicate the defendant got out of jail the same day he was arrested by posting a $50,000 bail bond.

It is unclear if he has an attorney in this matter.  Though jail records contain a case number for the matter involving Johnson, online Sarasota County, Fla. court records do not yet contain any relevant documents.