Kellie Barthel Pleads No Contest in Murder of Vayda-Kay Vasquez 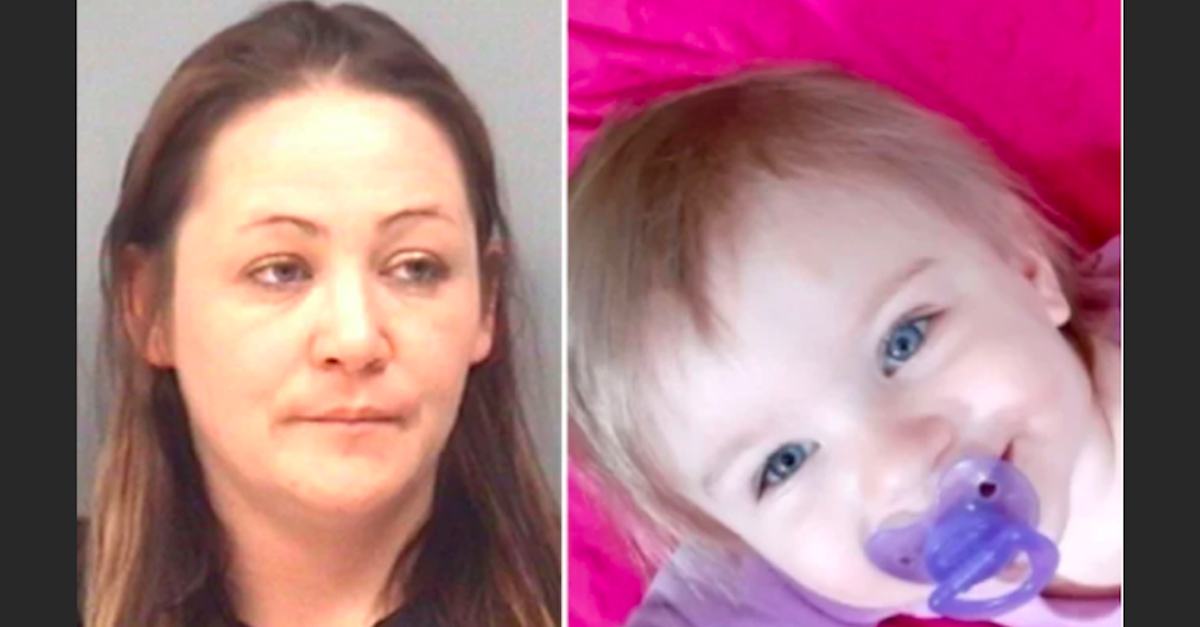 A Michigan babysitter on Friday accepted a plea deal from prosecutors who accused her of binging on drugs and alcohol before beating the 1-year-old girl to death in March 2020. The horrific accounts of the brutal abuse sent shockwaves across the Stanton-area community, with first-responders saying it appeared that Barthel had treated the victim “like a punching bag.”

Kellie Jean Barthel, 37, pleaded no contest in Montcalm County Circuit Court to second-degree murder in the death of toddler Vayda-Kay Vasquez, who was just weeks away from celebrating her second birthday, local NBC affiliate WOOD-TV reported. A “no contest plea” means the defendant accepts their conviction and is effectively the same as a guilty plea for the purposes of sentencing. The only difference is that there is no formal admission of guilt.

According to court documents obtained by WOOD-TV, Barthel was seen on security camera footage purchasing a bottle of Captain Morgan rum on the evening of March 1, 2020. Vasquez was sitting in the passenger seat of a vehicle and appeared to be unharmed.

Barthel’s boyfriend returned home the next morning and called 911 after he said he found the toddler unresponsive and covered in blood and bruises.

Michigan State Police Det. Brian Siemen testified that Barthel and her boyfriend could be heard arguing during the call, and at one point Barthel got on the phone and said Vasquez was “fine” and “just had a bloody nose.” The boyfriend continued to protest and Barthel ordered him to leave her home.

State Trooper Trevor Rogers responded to the residence on West Stanton Road near Hillman Road in Douglass Township and when he entered the home, he said Barthel “threw Vayda to the floor” right in front of him and told him to “do something.” He said the toddler was “covered from head to toe in bruises” and cold to the touch.

Emergency Medical Service paramedics arrived soon after and Det. Siemen said “it appeared to them that the child was used as a punching bag and it was very apparent that the child had been deceased for quite some time.”

Investigators reported finding blood spatter throughout the home and multiple garbage cans full of bloody paper towels. A trail of blood led to a bathroom where a blood-soaked towel was hanging on the door.

An autopsy found that Vasquez had suffered multiple skull fractures and determined that the cause of death was “cranial cerebral trauma.”

Furthermore, toxicology tests showed that Barthel had methamphetamine, THC, and alcohol in her system at the time of Vasquez’s death. WOOD-TV reported that her blood-alcohol level measured .1 despite the test being conducted approximately four hours after police first arrived at her home.

Barthel was taken into custody on April 8, 2020 — the day that Vasquez would have turned 2 years old.

In interviews with police, Barthel reportedly only admitted to spanking the toddler, and claimed the bruises on her head came from her falling and hitting the ground. She also said the child urinated on the floor and later slipped, causing her to hit her head.

Barthel’s sentencing hearing has not yet been scheduled. She faces a maximum sentence of life in prison.