‘Controlling’ Boyfriend Murdered a 62-Year-Old Grandmother Who Had an Escape Plan to Leave Him: Deputies 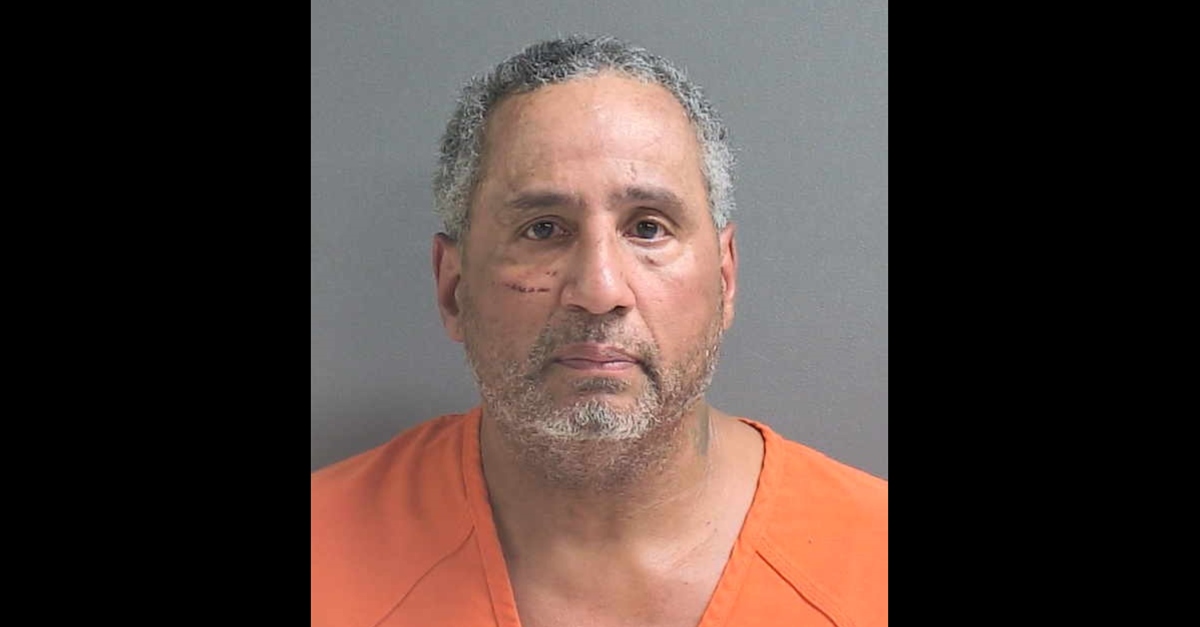 Friends and family of Elizabeth Crisanti, 62, said her boyfriend Nelson Rivera, 61, was controlling and toxic, even snooping on the victim’s cell phone texts, according to officials. Things got so bad that Crisanti made an escape plan to leave Rivera, but she never could. Rivera stabbed her to death last week, authorities say. Deputies say they found both in Rivera and Crisanti in her home, where the 61-year-old was unresponsive because of a possible overdose. Now he faces a count of first-degree murder in Volusia County, Florida.

A family member told @WESH the victim was planning to move away from suspect the day after Elizabeth Crisanti was killed. These are pictures of Ms. Crisanti. When she didn’t show up to pickup her grandchildren Wednesday, loved ones say they knew something was wrong. https://t.co/f7ixmIWz1f pic.twitter.com/CXvQyZD64y

“The investigation into Crisanti’s murder revealed evidence that she was fearful of Rivera, who was described as extremely controlling, and that she was planning an exit strategy from the relationship,” authorities said in a press statement. “At the scene of the murder, detectives found signs of a struggle, but no sign of any forced entry into the residence, which was locked when deputies arrived for a well-being check and found the couple inside.”

Deputies say they responded to Cristanti’s Ormond Beach home for a well-being check because she did not pick up her grandchild from school, and her sister was worried, according to the charging affidavit obtained by Law&Crime. The residence was locked, but Crisanti’s sister arrived with a key. A deputy and sergeant at the scene found blood and sharp metal, possibly a shaving razor, on the floor at the entrance to a bedroom.

Inside the room, they found Cristanti dead on the floor, with a knife sticking out from her chest. Blood was around her on the floor and on a nearby hamper. The autopsy showed she sustained stab wounds on her body as well as cuts to her face, and cuts and bruising her to her hands, deputies said. She had also been strangled. Rivera, found face up on a bed and breathing, was taken to a hospital. He had scratches under his right eye consistent with an injury from a fingernail, deputies said. He also had blood on his feet and hands, but he had no injuries on him which would cause him to have all that blood on him, authorities said.

“We both lost everything,” said a manila envelope on top of a dresser. “God forgive us.”

Investigators said there was no signs of forced entry into the home. Signs of struggle included a broken rosary by Crisanti’s right foot, the beads scattered throughout the bedroom, according to the charging affidavit.

Cristanti lived there with her 11- and 5-year-old granddaughters and Rivera, deputies said. According to the affidavit, the 11-year-old told them that Nelson was controlling and went through her grandmother’s phone often. The girl said she never witnessed physical altercations, but she knew that Cristanti set up an exit strategy “if Nelson does become physical or [she and the grandchildren] have to leave in a hurry.”

Crisanti’s sister corroborated this, saying that the 62-year-old grandmother wanted to end her relationship with Rivera, according to deputies. Crisanti described Rivera as “very controlling, jealous, and [she] cannot go anywhere without him going with her.” He allegedly would go through her cell phone. She would have to delete her texts so he could not see them.

“She also mentioned an escape plan she (Crisanti) orchestrated with her two grandchildren,” deputies said.

Other family and friends also gave similar accounts of a toxic relationship, again saying Cristanti deleted her text messages because Rivera checked her phone. One friend from Connecticut said that the 62-year-old woman told her “if anything were to happen to her, he [Rivera] killed me.”

“Images of text messages were provided to Detective Wheeler from friends, located in Connecticut,” authorities said. “A review of the message clearly indicate a toxic relationship and controlling acts towards Crisanti by Nelson.”

Records name no attorney for Rivera. He remains at the Volusia County Jail without bond.