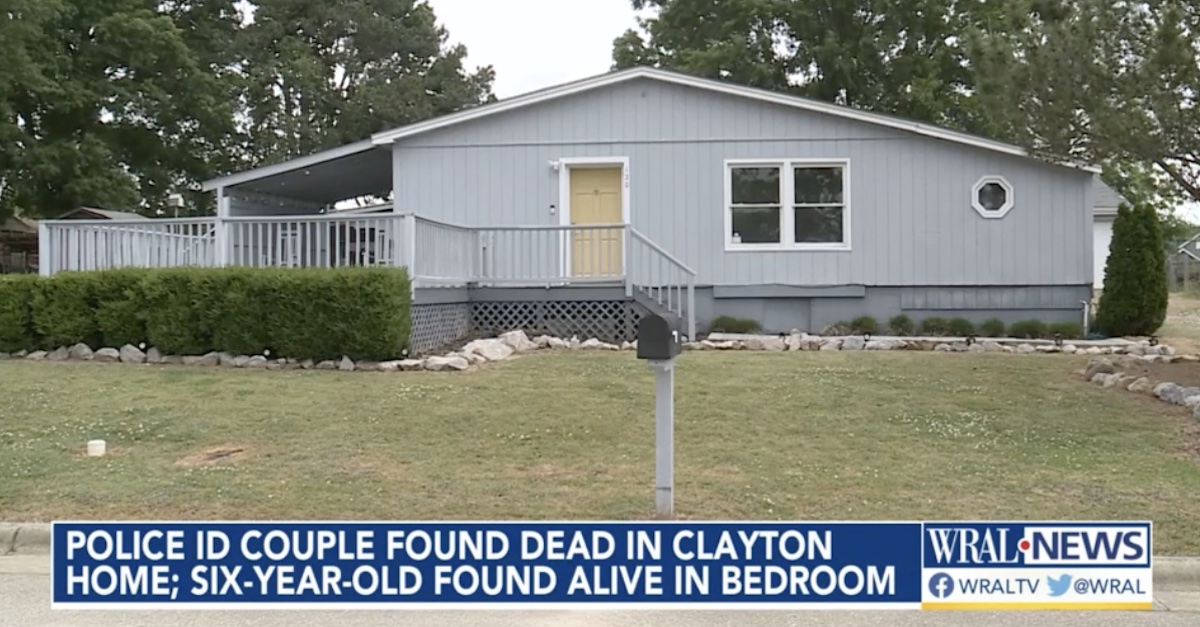 A North Carolina man allegedly shot and killed his wife on Mother’s Day while their 6-year-old son was present in the home. Police believe Jaime Bueno, a 35-year-old National Guard member, shot Christina Bueno multiple times before turning the gun on himself.

Authorities said that the couple was found dead in their 6-year-old son’s bedroom and that the child was found alive in the same room. The boy was not injured. The alleged murder-suicide took place after authorities received a 911 call on Sunday around 9:30 p.m.; Christina Bueno reported that she and her husband were having a domestic dispute and that he was armed with a gun.

While the victim was on the phone with a 911 dispatcher, shots were fired, The News & Observer reported. WRAL reported that police were called to the home in 2019. The NBC affiliate also cited witnesses who said Jaime and Christina Bueno had “domestic problems.”

But anonymous neighbors expressed shock and sadness upon hearing the news because they only knew the couple as a “wonderful family,” “good people,” “generous” and “good, religious people.” One neighbor also told WRAL that Christina Bueno was a “wonderful mother” and a “kind” person.

It’s unclear at this time what sparked the domestic dispute. Child Protective Services took the 6-year-old boy into custody to find relatives who could care for him. The search for those family members was reportedly successful.

Initial reports said Christina Bueno was 33 years old. An obituary said that she was 34.

“Clayton NC: Christina Marie Hassell Bueno, 34, of Clayton NC passed away at her home on Sunday May 10, 2021. She leaves behind to cherish in her memory a Son,” the obituary said, adding that Bueno is survived by her mother, father, and two brothers. “She is preceded in death by her Daughter; Catalina Bueno.”

The obituary made no mention of Christina Bueno’s alleged killer.