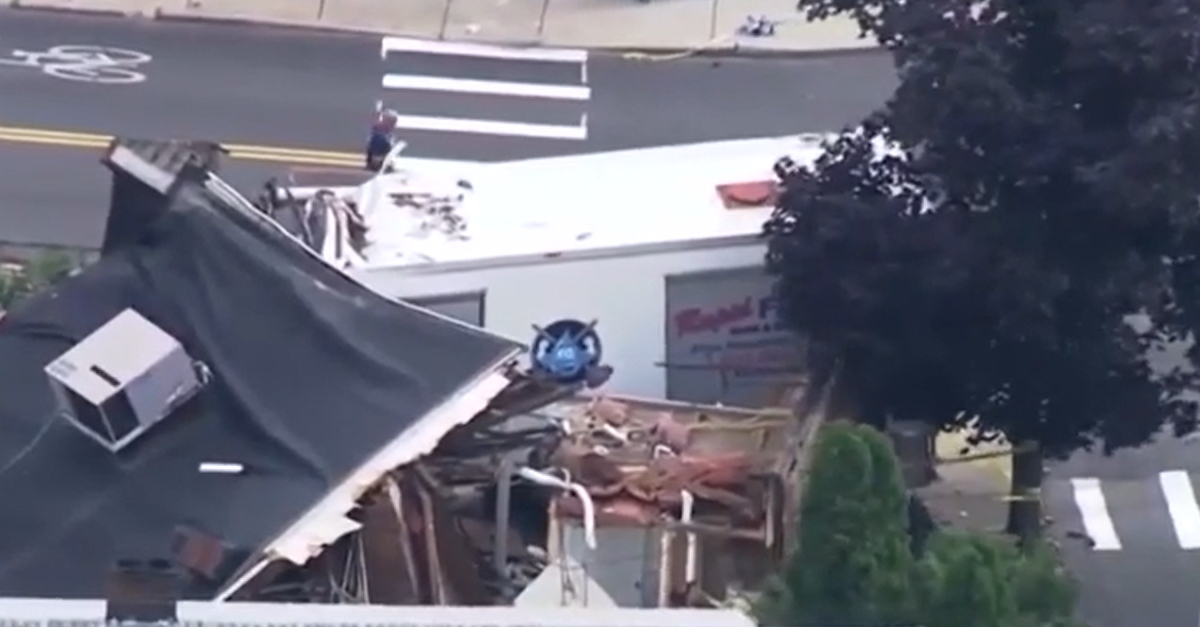 Scene of the crash.

A man stole a plumbing company’s box truck, crashed into a residential building, shot and killed two people, then was slain by at least one officer, say police in Winthrop, Massachusetts.

Cops described the vehicle theft as a “carjacking.” According to the official account, they responded to a location by the intersection of Shirley and Cross Streets at 2:41 p.m. on Saturday. There were also reports of shots fired.

He was not named. The victims were only identified as an adult man, and an adult woman.

The investigation is ongoing. They are not further threats or danger to the community, Delehanty said.

“The officer who shot the suspect was taken to an area hospital for an evaluation but was not seriously injured,” police said. “The officer will be placed on administrative leave, as is standard procedure, during the investigation of the police shooting by the Suffolk District Attorney’s Office.”

Rapid Flow Inc, the company that owns the truck, acknowledged Saturday that one of their trucks was stolen and was driven through a home.

“The devastating incident that occurred in Winthrop today impacts our entire community,” said Massachusetts State Sen. Joseph Boncore (D-First Suffolk and Middlesex District). “Thank you to the first responders who work tirelessly to keep us all safe. We are praying for the victims and their families — and every individual impacted by this act of violence.”