Man Who Wrote ‘Have U Been F***ed by This’ on Washington Monument Literally Caught Red-Handed, Cops Say 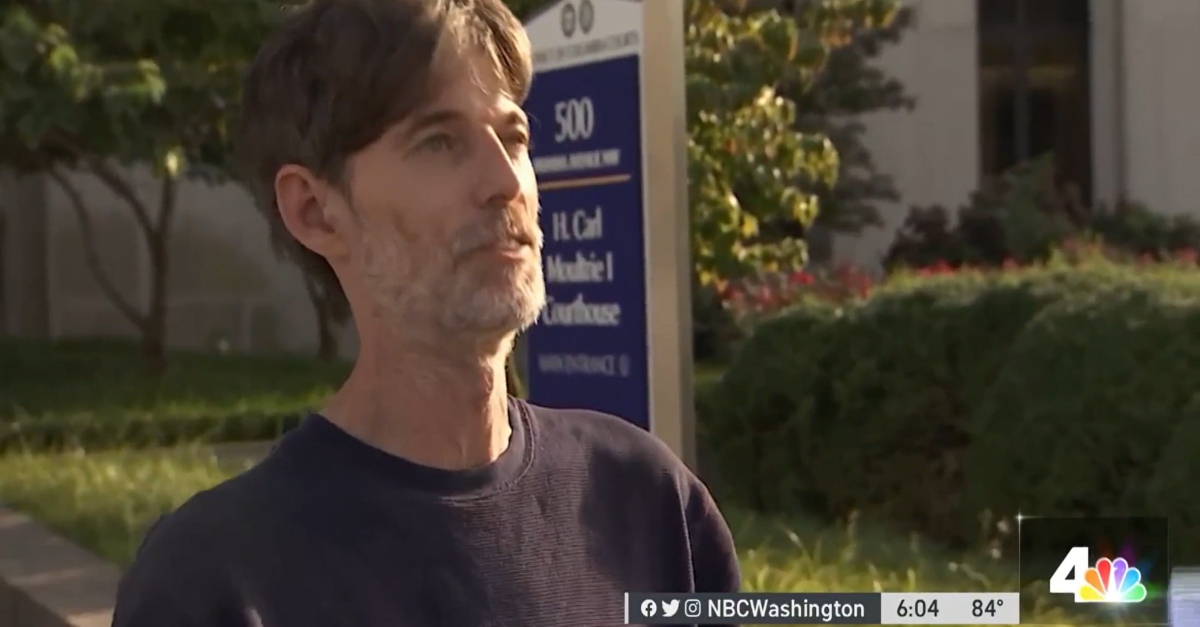 Police in Washington, D.C. say a man vandalized the Washington Monument and was literally caught red-handed.

Records from D.C. Superior Court shows that Shaun Deaton faces at count of destruction of property at $1,000 or more.

Park police said they responded Tuesday at approximately 7:33 p.m. to a call about the vandalism. Cops said they arrived, putting Deaton in handcuffs.

“DEATON’s clothes were covered in red paint which was the same color that was used on the side of the Washington Monument,” they said. “I made contact with Officer Putowski who stated that DEATON was in the process of applying paint to the side of Washington Monument when she placed him under the arrest. DEATON still had the paint brush in his hand while being placed under arrest. The side of the monument had a large splat of red paint and writing alongside of it that read ‘Have U been fucked by this. Gov says tough shit.’ Recovered on scene was the can of red paint used as well as a paint brush with fresh paint all over it.”

Deaton allegedly told cops he arrived in D.C. within the last week to commit the vandalism and he planned it for a while.

“DEATON also stated that there would be more to come in the future but would not specify further,” cops said.

Police noted officers and a Secret Service K9 did not find any explosives in Deaton’s Subaru Forester.

“The defendant had red paint on his clothes and hands,” said another complaint obtained by NBC reporter Ryan J. Reilly. “Additionally, a can of red paint was recovered in the defendant’s immediate vicinity. The National Park Service is in the process of repairing the monument. The cost of the repairs will exceed $1000.”

NBC Washington reporter Jackie Bensen described Deaton as still having red paint on his shorts and shirt when speaking with him.

Deaton, who is from Indiana, called the incident a cry for help in dealing with a painful chronic illness and homelessness. He maintained that he was desperate, so he purchased paint he described as being easy to remove, and he engaged in the act.

“This was the argument I was having with all these people before I even did this,” he said. “I knew all this was going to happen. That’s why I just did that, and just let them do it.”