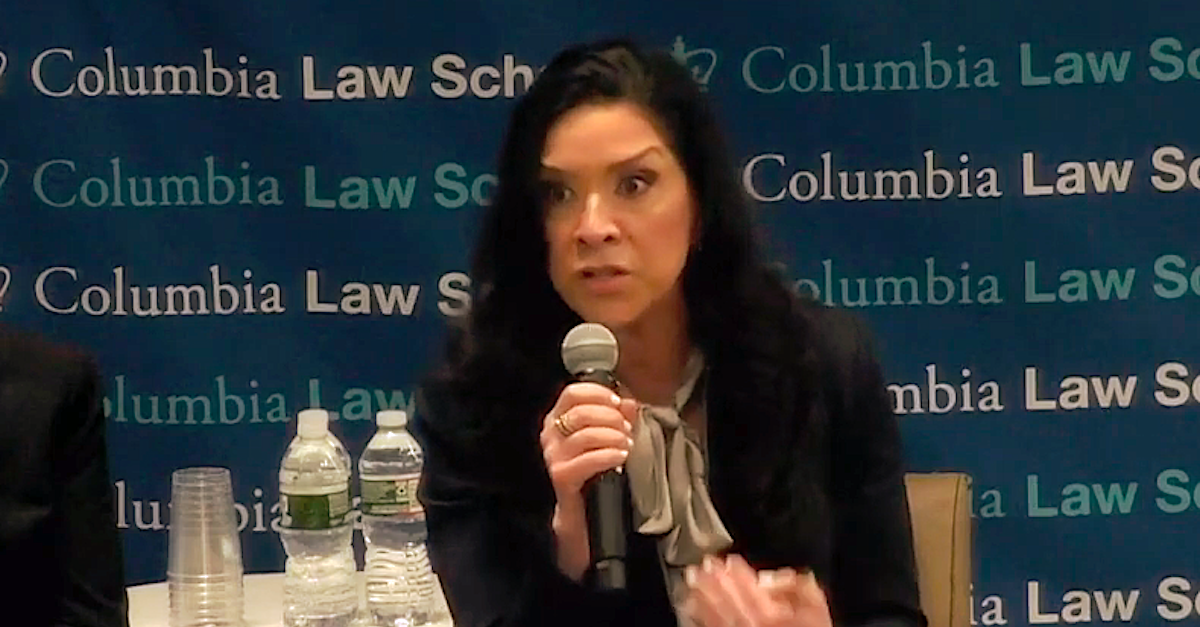 Judge Salas made headlines during the trial of Real Housewives of New Jersey stars Teresa and Joe Guidice, when Salas handed down jail sentences and harsh words for the couple convicted of fraud.

The judge also handled the sentencing of Farad Roland, the leader of the South Side Cartel, which the DOJ has called “one of Newark’s most violent street gangs.”  After Roland pleaded guilty to federal racketeering charges, Judge Salas sentenced him to 45 years in prison. The sentence term had been part of Roland’s agreement with prosecutors.

On Thursday, Salas was assigned to preside over the class action lawsuit brought against Deutsche Bank over alleged special treatment it gave to Jeffrey Epstein. The lawsuit was brought by Ali Karimi on behalf of a group of investors and alleges that the bank failed to monitor high risk customers such as convicted sex offender Jeffrey Epstein.

Salas is 51 years old and is of Cuban and Mexican descent; she is the first Hispanic woman to serve as a as a United States District Judge in the District of New Jersey. Salas was recommended by Senator Bob Menendez (D-N.J.) and appointed to the bench by former President Barack Obama. She has spoken out about the need for government and law enforcement to address mental health and substance abuse issues as part of sentencing reform.

The FBI is investigating a shooting that occurred at the home of Judge Ester Salas in North Brunswick Township, New Jersey earlier this evening, July 19. We’re looking for one subject & ask that anyone who thinks they may have relevant information call us at 1-973-792-3001.

The FBI is reportedly looking for one suspect, and it is not yet known whether the gunman was an actual FedEx employee or simply someone posing as one.  Jonathan Lyons, a spokesman for FedEx, told reporters in an email statement obtained by the Washington Post that the company was “are aware of the media reports and [is] fully cooperating with investigating authorities.”

Messages of support and condolence for Judge Salas and her family have been widely shared by those inside the New Jersey government and legal communities.

Judge Salas and her family are in our thoughts at this time as they cope with this senseless act. https://t.co/3mOYBSd6TA