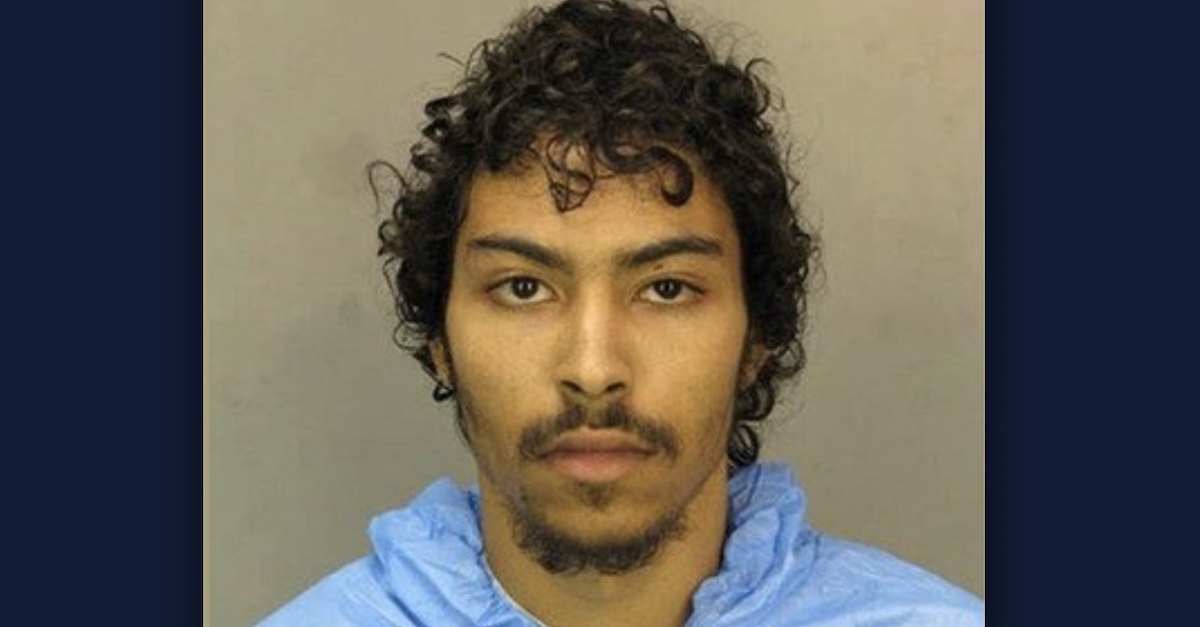 A 27-year-old man from New York will spend the rest of his life behind bars for viciously killing a 73-year-old cancer-stricken grandmother during a home invasion exactly five years ago.

Nassau County Supreme Court Judge Francis D. Ricigliano on Wednesday ordered Benjamin Lopez to serve a sentence of life in prison without the possibility of parole for the murder of Laraine Pizzichemi, whom he “hacked” to death with a machete, prosecutors announced.

Prosecutors say that the home invasion stemmed from a series of low-level marijuana deals with Pizzichemi’s 24-year-old grandson, Mark Depperman, that had gone bad. Lopez and another man, Deangelo Gill, broke into the home in attempt to get revenge on Pizzichemi’s grandson, per the District Attorney’s Office.

Shortly after the pair were broke into the home, they encountered Pizzichemi. Lopez then “hacked Pizzichemi to death with a machete,” prosecutors said. After the murder, he and Gill went through the home in search of money and drugs. Depperman – who lived with his grandmother at the time – was not home at the start of the break-in.

Several minutes later, Depperman returned home to find Lopez and Gill inside of the residence.

“The defendants began beating up Depperman and Lopez slashed at Depperman’s arms with the machete, causing serious physical injuries,” the Nassau County District Attorney’s Office said in a press release. “Lopez also threatened Depperman with a handgun, demanding money from a safe. Depperman complied, and the defendants took cash and marijuana.”

Despite his injuries, Depperman was able to get through to 911 just before the intruders took his phone and smashed it on the ground. When police arrived at the home, Lopez and Gill fled out the back door and ran to Lopez’s home – which was located only three blocks away. Officers with the Nassau Police Department arrested the men as they attempted to flee in Lopez’s car.

“Benjamin Lopez was after one thing when he broke into a Levittown home five years ago: revenge,” Nassau County District Attorney Anne T. Donnelly said in a statement following the sentencing hearing. “Lopez, looking to steal a former friend’s money and drugs, took his rage out on Laraine Pizzichemi, hacking her to death with a machete in a fit of ruthless violence. Laraine was still weakened from a fight with pancreatic cancer when she was attacked, and unable to defend herself from Lopez’s blows. This vicious killer showed no remorse and will now pay for his crimes with a life sentence.”

According to a report from CBS News, Lopez refused to enter the courtroom on Wednesday until he was eventually brought in via wheelchair, and when given the chance to speak went on a “rambling monologue” in which he “refused his consent to sentencing.” His defense attorneys reportedly claimed that he lived with psychosis and had been refusing to take his medication.

Gill in 2019 pleaded guilty to one count of second-degree murder. A state judge in December 2019 sentenced him to 17 years to life in prison.