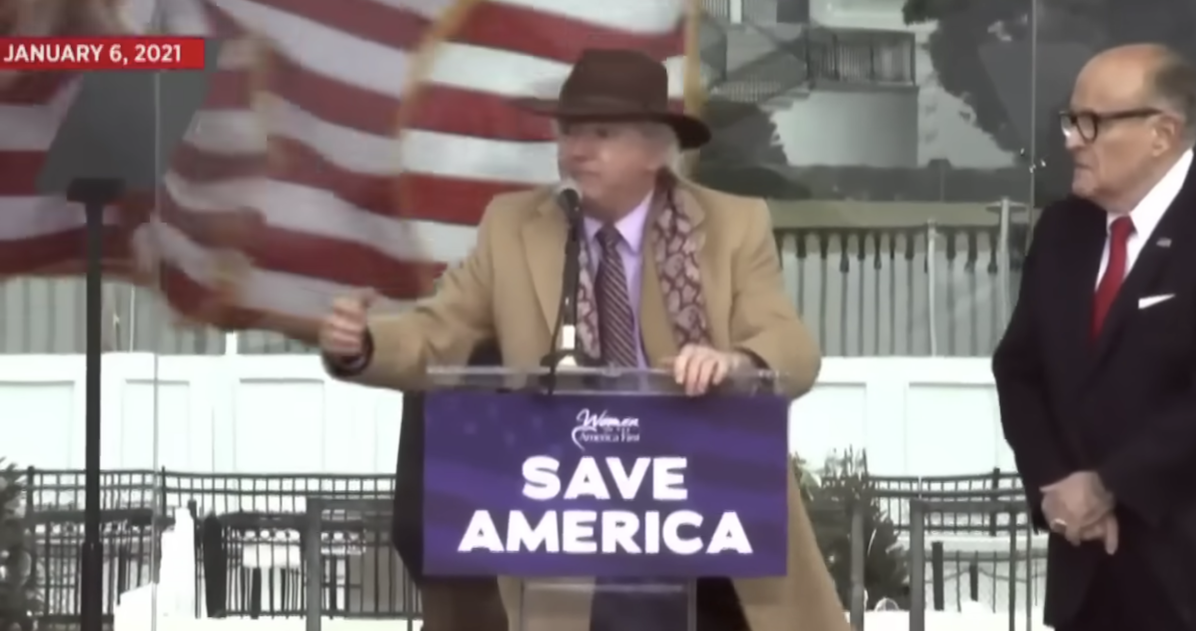 The Jan. 6 Committee is asking the California federal judge who reviewed John Eastman’s Chapman University emails to privately review a batch of 572 emails and attachments that the committee previously had temporarily agreed not to seek.

House Counsel Douglas Letter asked U.S. District Judge David O. Carter to review the emails and decide which should be released to the committee so it “may complete its efforts, including preparation of the final report mandated by its authorizing resolution.”

The committee is reaching “the final months of its tenure,” and there is “limited time remaining for the Select Committee to complete its work before January 3, 2023, the date on which the 117th Congress ends,” Letter wrote in a filing late Wednesday in the Central District of California.

The 572 documents were part of a batch Carter was going to review before the committee on May 6 agreed not to ask for them. But unlike another 721 documents with 13,929 pages that it fully abandoned, the committee said it would only “hold in abeyance” its objections to Eastman’s privilege claims regarding 576 documents totaling approximately 3,236 pages.

Eastman lawyers recently produced four of those documents to the committee by his own choice. His lawyer claimed another 212 were privileged but didn’t address the remaining 360, and Letter wrote Wednesday that “it seems clear that further consultation with Plaintiff’s counsel will not result in the Select Committee receiving the material that it seeks in a timely manner.”

“Accordingly, the Select Committee now moves for this Court to review and rule on Plaintiff’s claims of privilege for the remaining 572 documents,” Letter wrote.

The request sets up another high-stakes decision for a veteran jurist whose previous orders drew broad attention in Washington, D.C., beginning with a monumental March 28 order in which Carter said Eastman and Donald Trump “more likely than not” committed obstruction of an official proceeding and conspiracy to defraud the United States by trying to derail electoral vote certification on Jan. 6. He also called their efforts “a coup in search of a legal theory” and urged action beyond his court, writing: “If the country does not commit to investigating and pursuing accountability for those responsible, the Court fears January 6 will repeat itself.”

Committee members have quoted his orders many times, with Rep. Liz Cheney (R-Wyo.) saying in her opening statement for the committee’s first prime-time meeting on June 9: “Every American should read what this federal judge has written.”

Cheney later quoted Carter’s conclusion that Trump and Eastman had been repeatedly told by credible sources “that there was no evidence of election fraud.”

“The court’s opinion methodically documents each of the principle reasons for that conclusion, and I would urge all those watching to read it,” Cheney said.

Chapman University, a private college in Orange, California, where Eastman was a law professor for 20 years, was set to disclose everything the Jan. 6 Committee requested from Eastman’s email servers before Carter issued a temporary restraining order on Jan. 2o at Eastman’s request.

The judge then began reviewing emails that Eastman’s claimed were privileged, beginning with 111 from Jan. 4-7, 2021, at the committee’s request. His March 28 order  released 101 to the committee, including one that he said was privileged but should be released anyway under the crime-fraud exception. The document was a draft memo written for Rudy Giuliani that Carter said “may have been the first time members of President Trump’s team transformed a legal interpretation of the Electoral Count Act into a day-by-day plan of action.“

Carter then reviewed another 599 emails dating to Nov. 3, 2020, initially ordering 159 to be released before reclassifying 10 as privileged at Eastman’s request, citing an “oversight” and “clerical error.”

The 149 documents that were ultimately released included emails between Eastman and Ginni Thomas, wife of U.S. Supreme Court Justice Clarence Thomas, after Carter rejected Eastman’s First Amendment claims. Eastman’s lawyers described the group as “civic-minded citizens of a conservative viewpoint who meet semi-regularly to socialize and discuss issues of public concern” and said none of their emails with Eastman should go to the committee.

Carter agreed 20 didn’t need to be released, saying they were “entirely logistical” or discuss post-election litigation, which the judge said was a legitimate form of recourse. But 10 pertained to the three meetings in December 2020 in which Carter said the committee “has a substantial interest” because they concerned “a critical objective of the January 6 plan: to have contested states certify alternate slates of electors for President Trump.”

Carter applied the crime-fraud exception again, this time to a Dec. 22, 2020, email in which an attorney not identified in the order concluded that a loss in court would “tank the January 6 strategy” and encouraged avoiding the courts altogether.

The judge avoided the committee’s request to take his crime findings further and conclude Eastman and Trump committed not only conspiracy and obstruction but common law fraud. But Letter does not appear poised to pursue that further, as he wrote in his memo Wednesday the committee “believes that the legal issues underlying Plaintiff’s claims of attorney-client privilege or work product protection have largely, if not entirely, been determined by the Court’s previous Orders.”

But if Carter believes briefing is necessary, Letter asked for an expedited schedule that puts Eastman’s opening brief on his privilege claims due Sept. 26, followed by the committee’s response on Oct. 3 and Eastman’s reply Oct. 5.

Letter said committee counsel emailed Eastman’s lawyers on Aug. 4 and received a reply the next day that said lawyers “would re-review the relevant documents and get back to the Select Committee’s counsel.”

After hearing nothing, committee counsel told Eastman’s lawyers on Aug. 26 they would file a motion Aug. 29. Eastman’s lawyers then produced four documents while claiming privilege over 212, but Wednesday’s brief said they never answered regarding the remaining 360 emails.

Eastman’s lawyers, Charles Burnham and Anthony T. Caso, did not immediately respond to a request for comment from Law&Crime.

Meanwhile, Senior U.S. District Judge Robert C. Brack in New Mexico is considering Eastman’s request that the U.S. Department of Justice be ordered to return his seize cell phone and destroy any information investigators have gleaned from it. The final brief was filed Sept. 6.

Read the committee’s full request below: