Man Posing as Police Officer Pulled Over Off-Duty Deputy Who Recognized Him As Imposter From Earlier ‘Domestic Incident’: Sheriff 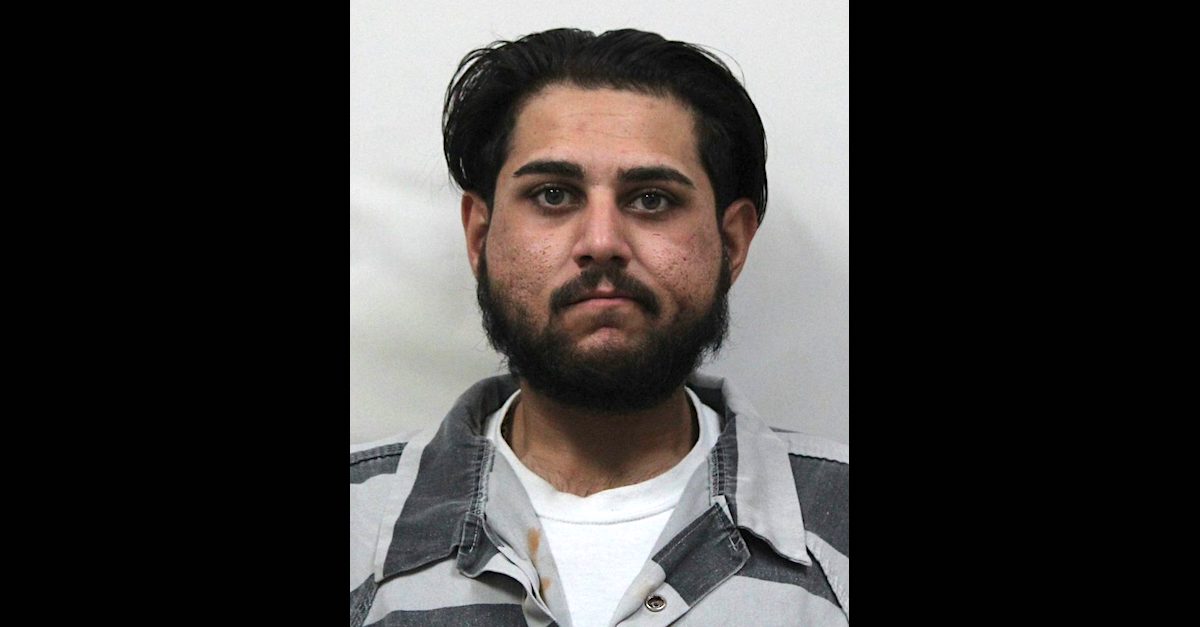 A Louisiana man was arrested this week after law enforcement authorities say he impersonated a police officer and tried to execute an unlawful traffic stop on another vehicle. Unfortunately for the alleged counterfeit cop, the driver of the vehicle he is said to have pulled over was not only an off-duty sheriff’s deputy — he was a sheriff’s deputy who responded to a domestic violence call earlier in the year involving the alleged imposter patrolman.  Bottom line:  the deputy knew the defendant wasn’t a member of law enforcement, the local sheriff has said.

The Assumption Parish Sheriff’s Office announced that Vincent Vinny Marks, 27, of Plaquemine, La., was taken into custody on Monday and faces one felony charge of False Personation of a Peace Officer.

According to a press release, the incident began with a June 10 traffic incident that involved a “near collision” on LA 70 near Bayou Corne, where the off-duty deputy was driving. Soon after the near accident, traffic continued normally until a vehicle driving behind the deputy began “flashing his headlights continuously.”

The real deputy continued driving with the defendant in pursuit until he came to a convenience store parking lot and pulled in. The defendant also turned into the parking lot and “blocked the deputy in,” per the news release. Marks then allegedly got out of his car and approached the deputy’s vehicle. He “presented a badge to the deputy and represented himself as being a police officer.”

But the sheriff’s department said that the deputy recognized Marks as “being a party to a domestic incident in Pierre Part earlier this year.” It is not currently known whether Marks was charged in that matter.

The Assumption Parish Sheriff’s Office launched an investigation into the incident and concluded that Marks “was not,” in fact, employed by any police department. A warrant was subsequently issued for his arrest.

Marks was released after posting a commercial bond in the amount of $10,000.

Several other people made headlines recently after being charged with impersonating a police officer.

Earlier this week, a man in Tennessee was arrested after he allegedly used his personal vehicle to pull over another driver, pulling a gun on them and saying, “I will shoot you.” Police said the suspect, Clifford Polly Jr., had equipped his vehicle with red and white “wig wag” lights that are illegal on most non-law enforcement vehicles in the state.

Earlier this month, a California man was taken into custody for allegedly impersonating a police officer.  That suspect is accused of attempting to make a traffic stop on another vehicle using his illegally equipped personal Ford F-150 pickup truck — which carried a small child passenger inside at the time. The suspect, Ryan Lee Meeker, allegedly equipped his own white pickup truck with red and blue light and a siren, which he used to pull over a female driver in the French Valley area of Southern California.