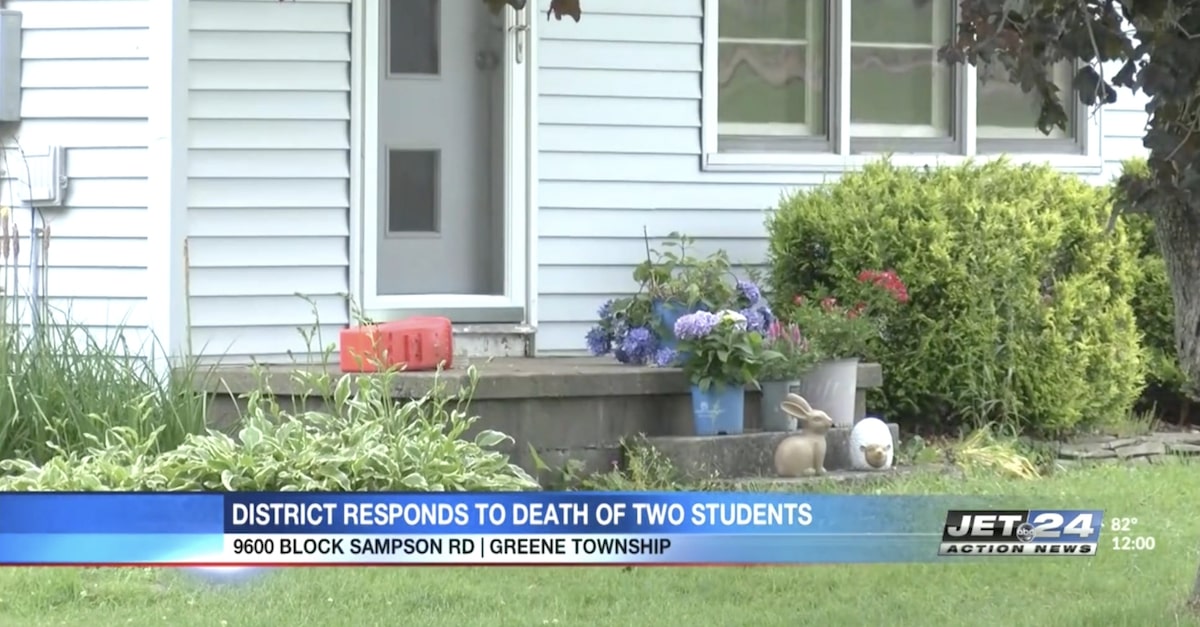 State law enforcement officials in Pennsylvania said that a father murdered his two young children before setting fire to their Greene Township house and turning the gun on himself Tuesday, several local news outlets reported.

According to a report from GoErie.com, 44-year-old Richard A. Zimmer was becoming “increasingly upset over his pending divorce” in the weeks before he used a shotgun to fatally shoot himself and his two children.

“By June 15, Zimmer’s wife had grown concerned that Zimmer had become ‘very angry’ at her as the two tried to reach a settlement on child custody and financial matters,” the report stated, citing to a letter included in court records.

An attorney for Melissa Zimmer, the children’s mother, submitted a June 15 letter to the divorce court further detailing concerns about Richard’s state of mind.

“My client advises me that Mr. Zimmer is very angry with her as she is forcing the contempt matters to Court,” the letter stated. “As you know, we are only asking him to follow the law. Also, as you know, his anger against my client is not in the children’s best interest.”

When Zimmer failed to appear at a 10 a.m. contempt hearing in his divorce case, several concerned family members traveled to his home in central Erie County.  Before they arrived at the house, they were met with heavy smoke rising in the distance, according to the report.

Firefighters were called to the scene and discovered the body of Zimmer, his 13-year-old daughter Madison Zimmer, and his 10-year-old son Zachary Zimmer. Each of the bodies were found in a different room of Zimmer’s home. Erie County Coroner Lyell Cook said that both of the children were asleep when they were shot.

The Wattsburg Area School District, where both of the children were enrolled, on Tuesday mourned the loss of the two young students.

“We are deeply saddened to hear of the recent loss of two of our students. The administrative and guidance staff are working together to support students and staff affected by this tragedy,” the district said a statement posted to Facebook. “Please contact your child’s school office if you need assistance connecting them with resources during this time.”

Superintendent Ken Berlin also issued a statement on behalf of the school district.

“The Wattsburg Area School District and community are deeply saddened by the passing of such wonderful young students and will work with their family to assist them through this difficult time,” he said.