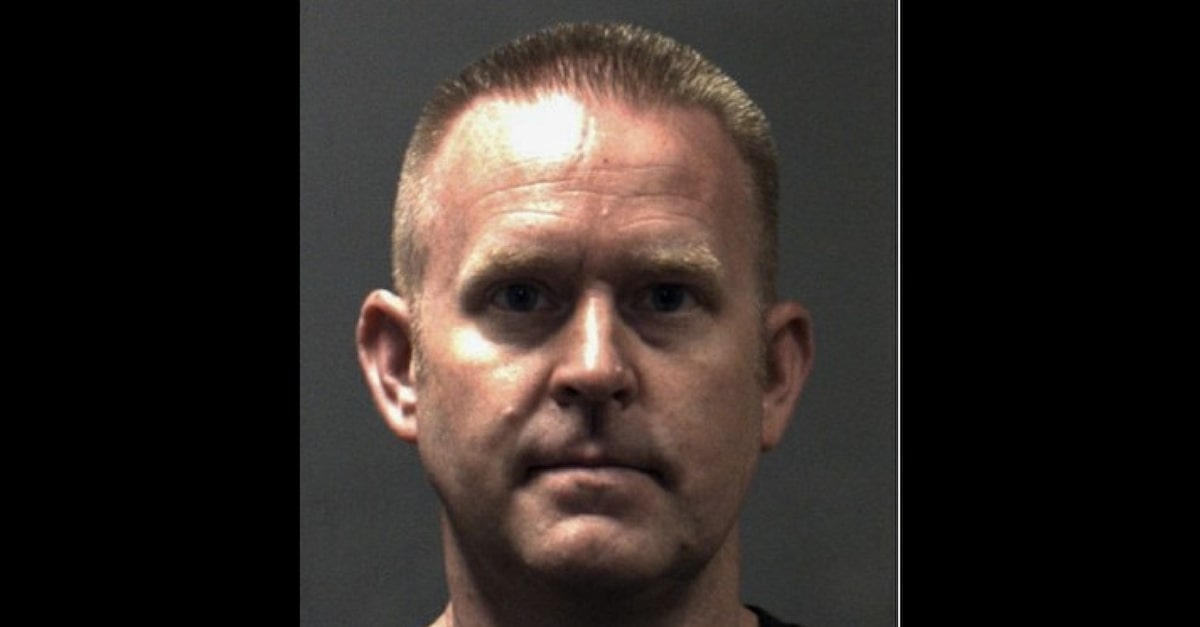 A sergeant in the San Bernardino County Sheriff’s Department has been arrested and charged with 16 felonies relating to possession and publication of child pornography.

San Bernardino County Sheriff John McMahon issued a statement after Goodwin’s arrest on Thursday, saying that Goodwin was no longer with the department.

“I fully support the Fontana Police Department and their investigation/arrest of one of our supervisors,” McMahon said on Facebook. “I find it extremely disappointing when a member of our department acts in a manner that discredits the good work being done daily by our deputies. The fact that a sergeant has been arrested makes this particularly egregious because they administer supervision of line staff. After assisting Fontana PD with Marc Goodwin’s arrest, he is no longer employed with the San Bernardino County Sheriff’s Department.”

According to the San Bernardino County District Attorney’s Office, the charges are punishable by approximately 15 years in prison.

The charging documents allege that Goodwin exhibited or published material depicting child sexual content at least 10 separate times from August to October 2012: once in November 2014, twice in January 2017, and once in May of 2021.

The Fontana Police Department referred to Goodwin as an “internet predator” in a press release following Goodwin’s arrest.

“The investigation was initiated in response to a report from the National Center for Missing and Exploited Children, indicating Goodwin had electronically transmitted an image containing possible child pornography,” the press release said. “Fontana Police Department ICAC detectives investigated and determined Goodwin was responsible for possessing and transmitting multiple images containing child pornography.”

Fontana police said the San Bernardino Sheriff’s Department is fully cooperating with the investigation, adding that “their assistance was instrumental before and after the arrest of Goodwin.”

Police said that the investigation and analysis Goodwin’s electronic devices, which were seized as part of a search warrant, is ongoing, and additional information will not be available for several weeks.

According to San Bernardino County Sheriff records, Goodwin was taken into custody on June 24, the day of his arrest, and was released on bail on June 29, the day he was scheduled to be arraigned. No future court dates appear to have been set.

Read the charges against Goodwin, below.

[Image via the Fontana Police Department]