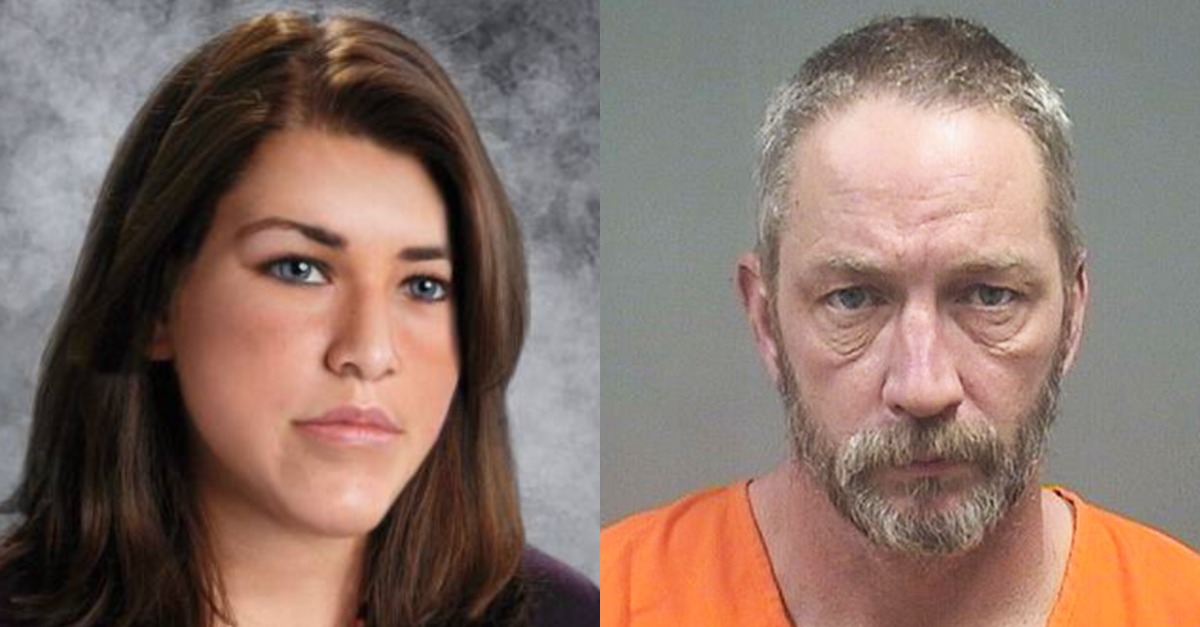 A cold case that’s currently being prosecuted in Ohio lacks the body of the alleged victim. But prosecutors want to show jurors that the man set to go on trial was convicted of beating a different woman to death years earlier.

Robert Moore, 51, was secretly indicted in late 2021 for the murder of 17-year-old Glenna Jean White. She was last seen alive in 2009. Her body has never been found despite years and years of searching.

In 1993, Moore was convicted of manslaughter for beating 22-year-old Virginia Lecorchick to death.  Her body was recovered from a lake.

Pointing to alleged similarities between the two crimes, prosecutors want the jury in the White case to hear evidence from the prior conviction. Moore’s attorneys, of course, want that evidence excluded on the grounds that it is unduly prejudicial (in other words, that it could tilt the jury toward a conviction based on a separate issue that’s already been litigated).

The battle is an age-old one — which has been codified in both the Ohio version and the federal version of Evidence Rule 404(b).

According to Mahoning County Assistant Prosecutor Michael Yacovone, Moore was the last person who saw White alive on the early June day she disappeared. The defendant was also facing rape charges related to the still-missing girl, the prosecutor said in December of last year, according to local CBS affiliate WKBN.

The motive, authorities believe, was sexual power and frustration.

Deputy U.S. Marshal Eric Midock previously told Law&Crime that White and her boyfriend had run away from their respective homes in 2009 and came to stay at Moore’s house. The defendant’s then-girlfriend had a teenage son of her own who was friends with the star-crossed lovers. In this law enforcement account, the two or three night stay quickly went awry when plied with alcohol. White, dressed only in a sheet at one point, claimed Moore tried to rape her. This apparently infuriated the defendant, who kicked the couple out his house before offering the girl a ride home in his vehicle.

According to the Ohio Attorney General’s website, White remains formally considered an endangered runaway. The case was reopened in March 2020 by the Portage County Sheriff’s Office based on a tip and Moore was arrested on Dec. 17, 2021.

Despite the lack of a body, Moore was indicted. A government motion alleged the defendant was “covered in blood splatter from the waist up” when he arrived home on the last night White was seen alive. Moore allegedly told people he had been in a bar fit but prosecutors allege there was simply too much blood to account for that. The defendant’s hands were allegedly “busted up” and he was wearing pajama pants covered in mud from the knees down.

The case has been assigned to Mahoning County Judge Maureen Sweeney. A hearing currently slated for next week will determine if Moore’s previous manslaughter conviction will make it before a jury.

In the manslaughter case, Moore said he met the deceased woman in a bar when the two decided to go a nearby reservoir and drink “a couple of beers.” At some point, the defendant demanded sex and his victim refused. He admitted to beating the woman until she passed out and then throwing her in the water. He spent 15 years in prison and was released in 2008.

The relevant Ohio Rule of Evidence reads as follows:

Evidence of other crimes, wrongs, or acts is not admissible to prove the character of a person in order to show action in conformity therewith. It may, however, be admissible for other purposes, such as proof of motive, opportunity, intent, preparation, plan, knowledge, identity, or absence of mistake or accident. In criminal cases, the proponent of evidence to be offered under this rule shall provide reasonable notice in advance of trial, or during trial if the court excuses pretrial notice on good cause shown, of the general nature of any such evidence it intends to introduce at trial.

The rule, as case law indicates, is open to significant interpretation — but it can be used to inject past occurrences into a new case at bar when a “defendant’s motive or intent” or a “defendant’s scheme, plan, or system” is up for debate.

“If the other [past] act does in fact ‘tend to show’ by substantial proof any of those things enumerated, such as proof of motive, opportunity, intent, preparation, plan, knowledge, identity or absence of mistake or accident, then evidence of the other act may be admissible,” the Ohio Supreme Court noted in a 1988 case. “Evidence of ‘other acts’ is admissible if there is substantial proof that the alleged similar act was committed by defendant.”