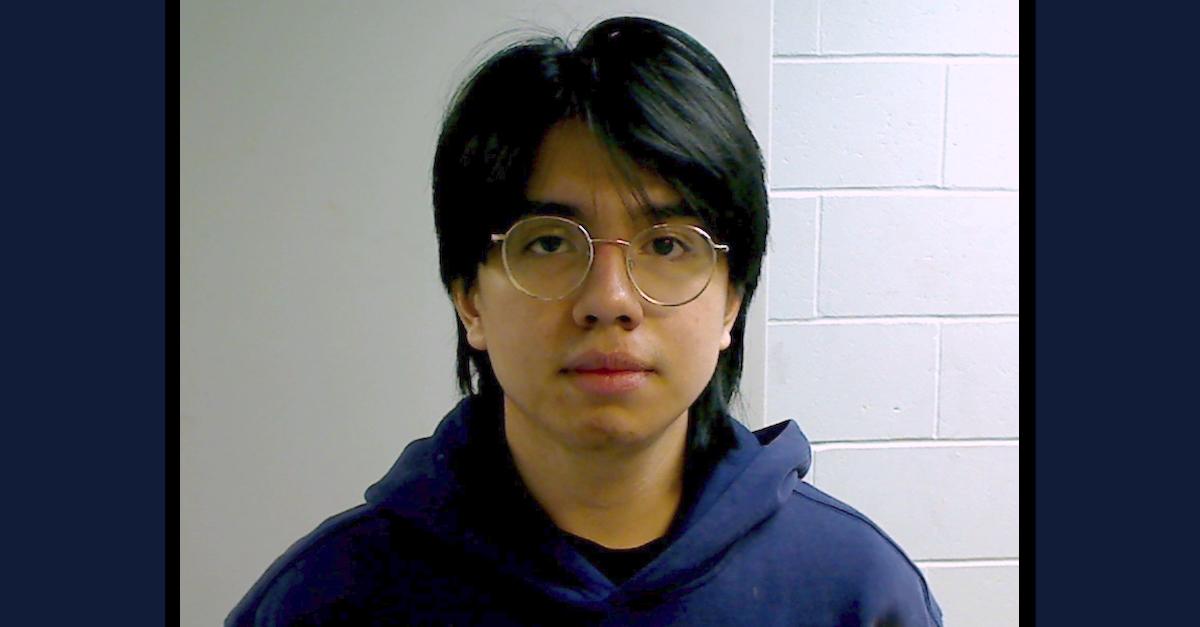 Law enforcement authorities in New Hampshire have arrested a 20-year-old man who allegedly drove nearly 400 miles to break into the home of a woman he met through the social media platform OnlyFans. Mauricio Damian-Guerrero was taken into custody last month after police say he had broken into the woman’s home several times and filmed her while she slept nude, often hiding in her attic to avoid detection.

According to a press release from the Somersworth Police Department, officers on Feb. 9 responded to a 911 call concerning a possible break-in at a residence on Highland Street. The caller told the emergency dispatcher that there was someone else in the home with her, per police. The  woman reportedly told police that she awoke to Damian-Guerrero standing in the doorway of her bedroom staring at her, court documents unsealed Monday said, per the Miami Herald.

Upon arriving at the scene, first responders allegedly spotted an adult male the roof of the home. The suspect had reportedly climbed onto the roof through a window in the attic. Officers on the scene quickly took the suspect, later identified as Damian-Guerrero, into custody on suspicion of burglary.

But during a subsequent interview with detectives, Damian-Guerrero allegedly revealed that his motivation for breaking into the woman’s home stretched far beyond mere burglary.

Police say Damian-Guerrero, who is from Bensalem, Pennsylvania, met the woman through OnlyFans, a social media platform on which users share content with “fans” who pay subscription fees. It is not uncommon for “fans” to also purchase gifts for the users to whom they subscribe.  The content is oftentimes, but not always, sexual in nature.

The woman, whose name is redacted from a probable cause affidavit, reportedly told police that she first had contact with Damian-Guerrero in October 2021. She said she gave him her previous New Hampshire address because Damian-Guerrero offered to purchase her a new TV and a fireplace, per the Philly Voice. She said she had no intention to meet him in person.

However, Damian-Guerrero allegedly showed up outside of her apartment. The woman reportedly said she found him sleeping in his car outside her home and when she confronted him, he allegedly said he had driven from Pennsylvania several times and slept in his car outside of her apartment. Per the Voice, the woman more recently began staying at her mother’s home, which is where Damian-Guerrero was allegedly arrested.

It is unclear how Damian-Guerrero obtained the address of the woman’s mother, but police say Damian-Guerrero admitted that he had been staying at an AirBNB nearby when he broke into the home with a crowbar, stole and copied a house key, and entered the home several times in the days prior to his arrest. The woman reportedly confirmed that earlier in the week her keys had suddenly “disappeared” only to be found where she thought she had originally left them.

The woman reportedly told investigators that she searched the attic and found food, headphones, and cups filled with urine, indicating that Damian-Guerrero had been staying in the house for some time.

Police reportedly searched Damian-Guerrero’s cell phone where they discovered several videos that appeared to show the woman sleeping naked. In the videos, the bottom portion of the woman’s sheets reportedly appeared to have been manually lifted up. When police showed the videos to the woman, she reportedly became distraught, saying she had no idea that she was being taped at night.

“It was clear from (the woman’s) hands visibly shaking that she was distraught and upset over the news she just received regarding these videos and Mauricio being in her home,” the affidavit reportedly stated.

Police also reportedly found a Tile tracking device amongst Damian-Guerrero’s possessions, which he reportedly said he planned to tape to the woman’s car so he could track her movements. He allegedly told police that he believed the woman “wanted a man to be obsessed with her and stalk her,” per the Voice.

Damian-Guerrero was booked at the Strafford County House of Corrections. He was released after posting bond of $2,500. Under the terms of his release, Damian-Guerrero must wear a tracking bracelet and is prohibited from entering the state of New Hampshire or contacting the woman through any medium.

Prosecutors have reportedly said that they are looking into filing additional charges against Damian-Guerrero.