Man Allegedly Stabbed Wife to Death Over Photo of Her ‘Embracing’ Another Man, Called 911 on Himself 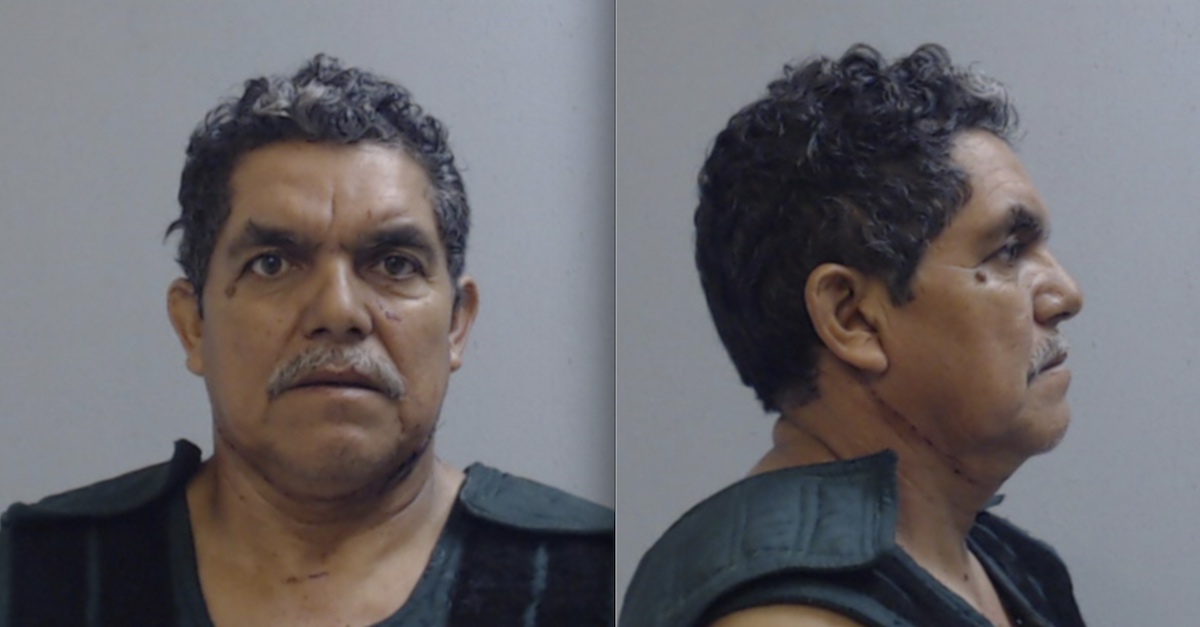 A 51-year-old man in Texas is behind bars this week after he allegedly stabbed his wife to death over a photograph of her with another man. Authorities say Ismael Meza Medrano then called 911 and told the emergency dispatcher about the brutal slaying of 50-year-old Maria Elena Garza.

According to a press release from the Hidalgo County Sheriff’s Office, deputies on March 17, 2022 at approximately 10:15 a.m. responded to a 911 call at a home located in the 2900 block of Davis Road in rural Edinburg. Deputies were told that the caller was a male who stated that “he killed his wife,” according to the release. Authorities said the caller also provided the dispatcher with the address where the killing allegedly took place.

HCSO deputies placed Medrano under arrest and charged him with murder. He is currently being held at the Hidalgo County jail. Justice of the Peace Jason Pena set Medrano’s bond at $1,000,000 cash or surety bond, online arrest records show.

Hidalgo County Sheriff Eddie Guerra over the weekend said that Medrano’s injuries were self-inflicted and that he was “currently undergoing medical treatment” for his wounds and “is expected to recover.”

UPDATE: Ismael Medrano 51, has been charged with Murder and a bond of
$1 million has been set by JP Jason Pena. Medrano is accused of killing his wife Maria Elena Garza, 50. Ismael is currently undergoing medical treatment for self sustained injuries and is expected to recover. https://t.co/eKjD4CmQlv

A probable cause affidavit obtained by the Brownsville Herald reportedly provided additional details regarding the alleged domestic violence attack on Garza.

“Maté a mi esposa,” Medrano reportedly said when he called 911. When translated, the Spanish sentence means, “I killed my wife.”

According to the Herald, the affidavit suggests that the attack may be linked to a photograph that someone sent to Medrano and his adult son. The photo reportedly showed Garza “embracing” another man.

In an interview with a county investigator, the son allegedly said he and his father both received a message from an unknown number which contained the photograph of Garza and the other man, the report stated. Medrano’s son reportedly questioned Garza about the photo prior to the alleged attack. In response, Garza reportedly said she knew the photo had been sent to her husband but claimed that it had been edited before being transmitted to Medrano and the son.

The affidavit also reportedly noted that after entering the home, first responders were able to locate Garza and Medrano by having deputies call back the phone number that had placed the initial 911 call. They then reportedly heard a phone ringing from behind a locked bedroom door in the home. After getting into the locked room, deputies reportedly found Garza “dead on a bed with lacerations to her body.”

Medrano was reportedly on the bed as well, lying next to his wife with “a knife still in his hand.” He appeared to have sustained “lacerations on his arms and neck” but was alive, the report stated.