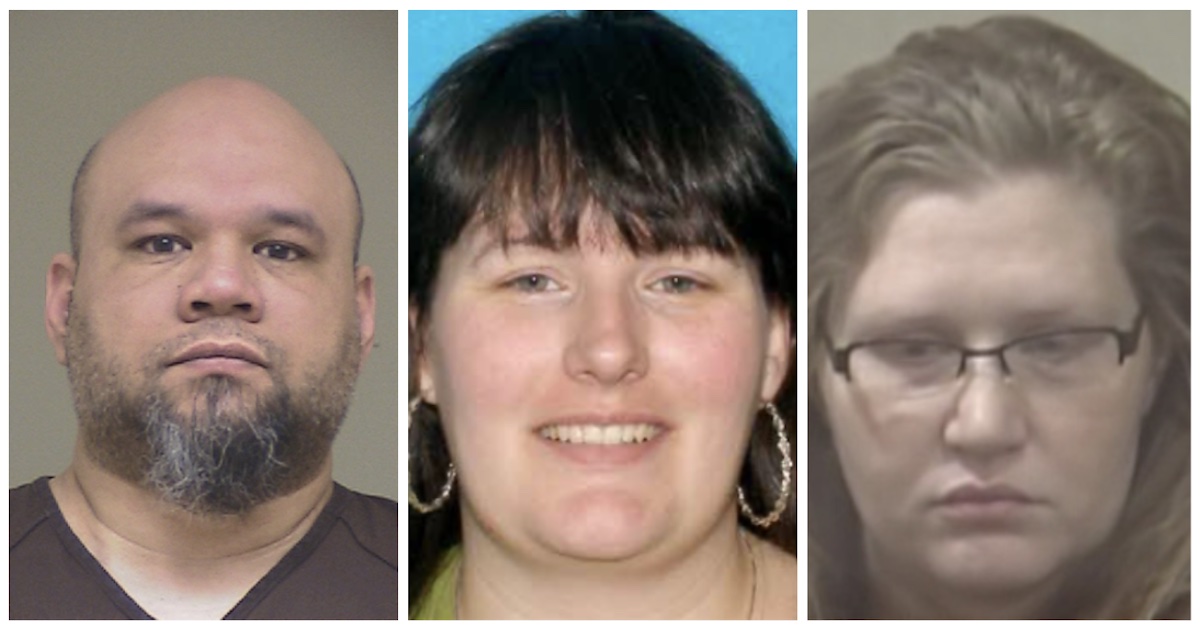 A 40-year-old Washington state man pleaded guilty in Oregon on Wednesday to soliciting the murder of his ex-wife, a development that comes almost a year after his current wife was sentenced to life in prison for the horrific 2016 stabbing.

Matthew Hester is currently incarcerated at the Coffee Creek Correctional Institution and awaiting sentencing, Oregon court records viewed by Law&Crime show. Records say that Hester pleaded guilty to — and was convicted of — soliciting murder and hindering prosecution in the killing of 34-year-old Annastasia Hester, to whom the defendant was married for five years before getting a divorce in 2012. Seven years after divorce, Hester, then married to Angela McCraw-Hester, was accused of soliciting his ex-wife’s murder.

Hester, the child he had with Annastasia, and Angela McCraw-Hester lived for a time together in Idaho. They moved there after Annastasia Hester’s 2016 murder. It was in the Gem State that McCraw-Hester, now 39, was taken into custody by U.S. Marshals in 2017.

The Multnomah County District Attorney’s Office announced on Nov. 16, 2020 that McCraw-Hester was sentenced to life in prison with the possibility of parole after 25 years for second-degree murder. The press release described a horrendous crime scene, where the victim suffered “more than 60 stab wounds” on June 10, 2016. Annastasia attempted to call 911 before she died:

Based on the evidence developed during this investigation, law enforcement concluded McCraw-Hester likely left her residence – which she shared with Ms. Hester’s ex-husband – in the 12000 block of Southeast Ramona Street in Portland, Oregon and drove to Ms. Hester’s apartment complex in Gresham.

Once she arrived at the apartment complex, McCraw-Hester likely removed a window-mounted air conditioning unit and a cinder block to enter Ms. Hester’s ground-floor apartment. Multiple neighbors told investigators they heard sounds of a disturbance coming from Ms. Hester’s apartment, or in the immediate vicinity.

Authorities said that they found a bloody footprint at the scene that appeared to be from a woman’s boot. Investigators said they then “identified the retail store that sold the specific product” and managed to uncover evidence “that showed a purchase was made in 2015 at the retailer identified by investigators on a store account registered to McCraw-Hester,” according to the press release.

More damning than a shoe, authorities said they found McCraw-Hester’s DNA “on the kitchen knife block” at the scene. Video evidence also corroborated that McCraw-Hester traveled to the victim’s apartment. She was taken into custody in November 2017 and pleaded guilty three years later.

As for Matthew Hester, he was not arrested until June 19, 2019, more than three years after the murder. Hester was indicted for solicitation to commit murder, two counts of conspiracy to commit murder, and hindering prosecution.

Hester only pleaded guilty to the solicitation of murder and hindering prosecution charges. Records currently show the conspiracy charges were dismissed.