Two Brothers Who Stormed the Capitol Together on Jan. 6 Plead Guilty to Misdemeanor Charges 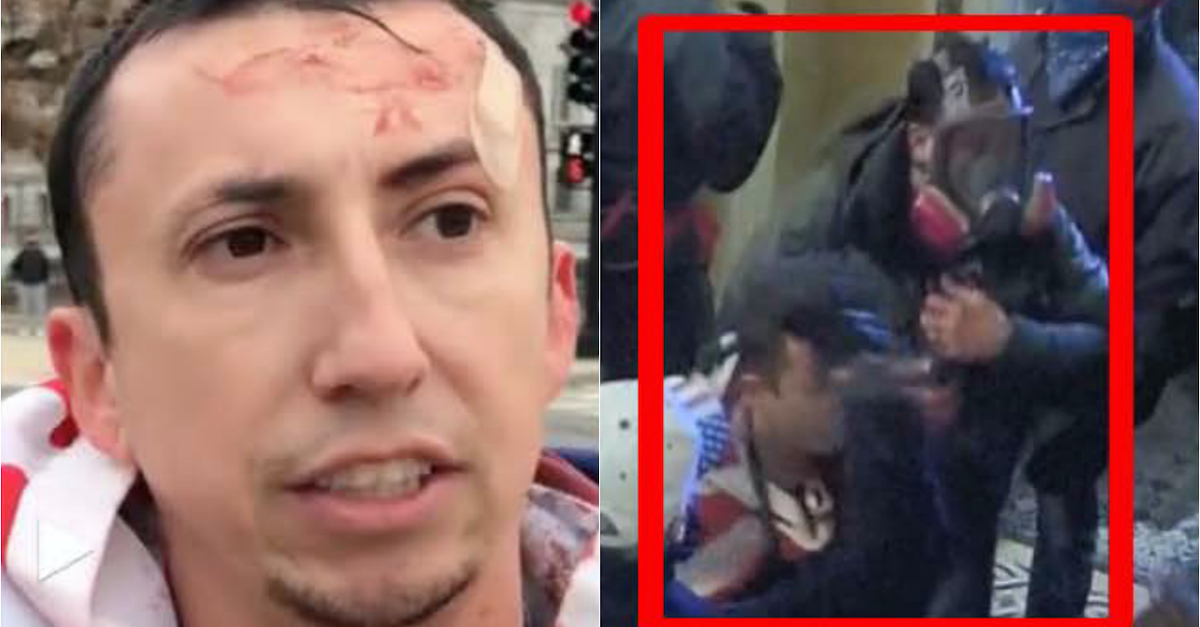 Two brothers from Los Angeles who entered the U.S. Capitol together on Jan. 6th pleaded guilty to misdemeanor charges of storming the U.S. Capitol on Friday morning, some six months after one of the siblings was spotted on surveillance footage wearing a gas mask inside the building.

The sibling in the gas mask, who gave a blustering interview to a Finnish newspaper, admitted to a heavier charge that carries a maximum one-year sentence.

California residents Sean Carlo Cordon and Kevin Francisco Cordon entered their pleas one after the other in the virtual courtroom of U.S. District Judge Trevor N. McFadden.

After storming the U.S. Capitol, Kevin Cordon—wearing a U.S. flag as a cape—gave a lengthy diatribe to Finnish journalists about why he entered the building.

“We’re here to take back our democratic republic,” he told the newspaper Ilta Sanomat, parroting former President Donald Trump’s “stolen” election rhetoric. “There’s just so much overwhelming evidence and the establishment, the media, big tech are just completely ignoring all of it. And we’re here to show them we’re not having it. We’re not- we’re not just gonna take this laying down. We’re standing up and we’re taking our country back. This is just the beginning.”

He also called storming the Capitol a “once in a lifetime opportunity to show that the people of this country are not gonna take this corruption laying down.”

President Joe Biden won the 2020 election in a contest that every court, state authority, and relevant Trump official from the Department of Justice and intelligence community certified as free and fair.

Prosecutors say that surveillance footage captured the brothers arriving at the north side of the Upper West Terrace at 2:16 p.m. on Jan. 6th. At that point, Kevin Cordon could be seen wearing a black gas mask, and his brother wore a respirator.

Some 10 minutes later, Kevin Cordon climbed through a window on the west side of the Capitol building, and his brother followed him, according to court papers.

Kevin Cordon described their antics inside the building to Ilta Sanomat.

“[T]hey broke in through the windows, and uh there was [sic] people scuffling with cops, and um that’s when I got hit with a projectile, not sure what it was,” he was quoted telling the newspaper.

Of the two brothers, Kevin Cordon faces a possible heavier sentence. Assistant U.S. Attorney Clayton Henry O’Connor indicated he pleaded guilty to a Class A misdemeanor, as opposed to the brother’s plea to a Class B misdemeanor. Unlike his brother, Kevin Cordon left a record of his motivation for entering the building in the newspaper interview, BuzzFeed noted.

“So we had to actually step foot in their building that they think their [sic] own,” he reportedly told Ilta Sanomat. “And that’s why everybody was shouting, ‘this is our house.’ Because it is! This is for the people, by the people, of the people government. And we needed to remind them because— and we need to remind ourselves. I needed to remind myself and I needed to remind the rest of the public that this is our country. This country was founded on individuals having their own sovereignty over their own lives and I think a lot of the public has forgotten that. And we’re back to show that we’re — we’re reawakening to that reality that this is our country and we’re not gonna take that nonsense.”

Kevin Cordon, who admitted to entering or remaining in a restricted building or grounds, faces a maximum one-year term of imprisonment and a $100,000 fine.