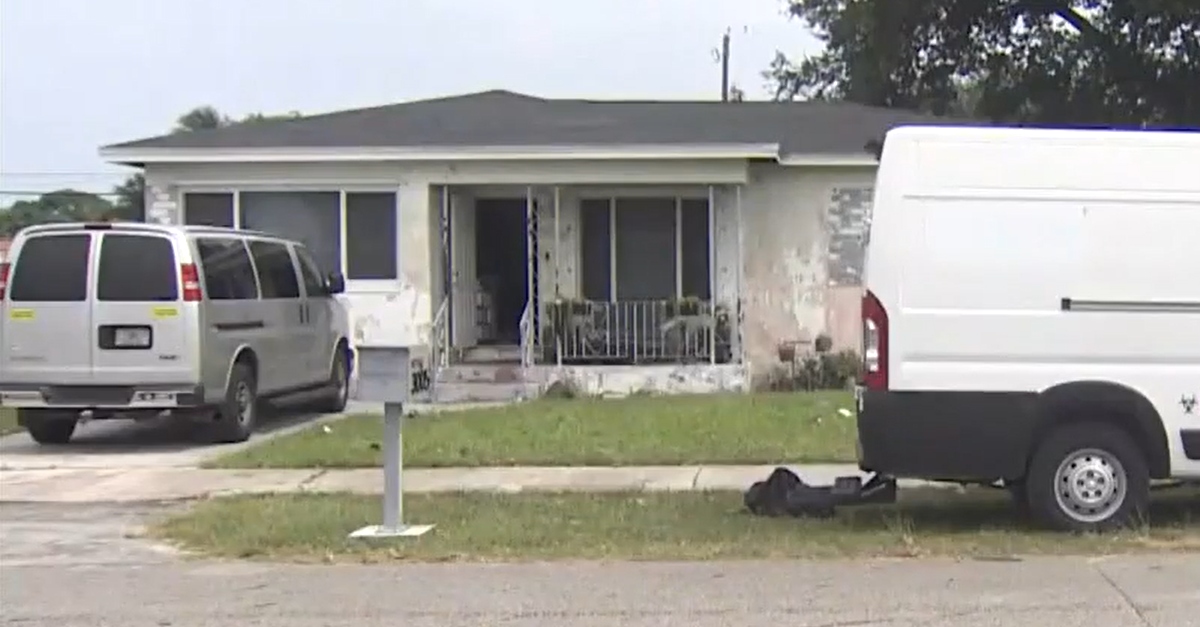 A woman killed her 15-month-old daughter, attacked her husband, and also attacked her 16-year-old daughter, according to police in Miami-Dade County, Florida. The cops had not named the alleged perpetrator her or the victims as of Wednesday evening.

Officers responded to the scene after receiving reports of several people being stabbed, according to the police narrative obtained by Law&Crime. Cops said they found a 38-year-old man in the front of a home suffering from stab wounds. They say he named his wife as his attacker. Cops took the 38-year-old woman into custody, according to this version of events. Neighbors reportedly said the woman is an Army veteran.

“Officers then observed a 16 year-old approach the scene, also suffering from stab wounds,” police said. “Miami-Dade Fire Rescue responded to the scene and began to treat the injured. As officers conducted a cursory search of the residence, they discovered a 15 month-old female unresponsive. The officers carried her outside to Miami-Dade Fire Rescue, who transported her to JMH Jackson North, where she succumbed to her injuries. Miami-Dade Fire Rescue airlifted the male victim along with the teenager to JMH Ryder Trauma Center, while the female subject was transported to JMH Ryder Trauma via ground. Four other children under the age of 11 were also inside the residence, but were not harmed.”

Police tell Law&Crime that the 16-year-old girl is the woman’s daughter.

Neighbors reportedly said the allegations are out of character, but one, Thelma Sloan, told Miami television station WSVN that the woman suspected in the killing and in the attacks had been acting strangely.

“She was not herself when I saw her,” Sloan said.

The oddities allegedly included comments the woman made about the COVID-19 vaccine.

“The way she was talking to me and what she said to me about ‘nobody should take a shot’ because God had revealed to her that anybody who took a shot was going to hell, and if you had taken one, you had to pray real hard that God would forgive you,” Sloan said.

“She’s a loving mother,” he said. “I see her with the kids all the time. They play up and down the street all the time.”