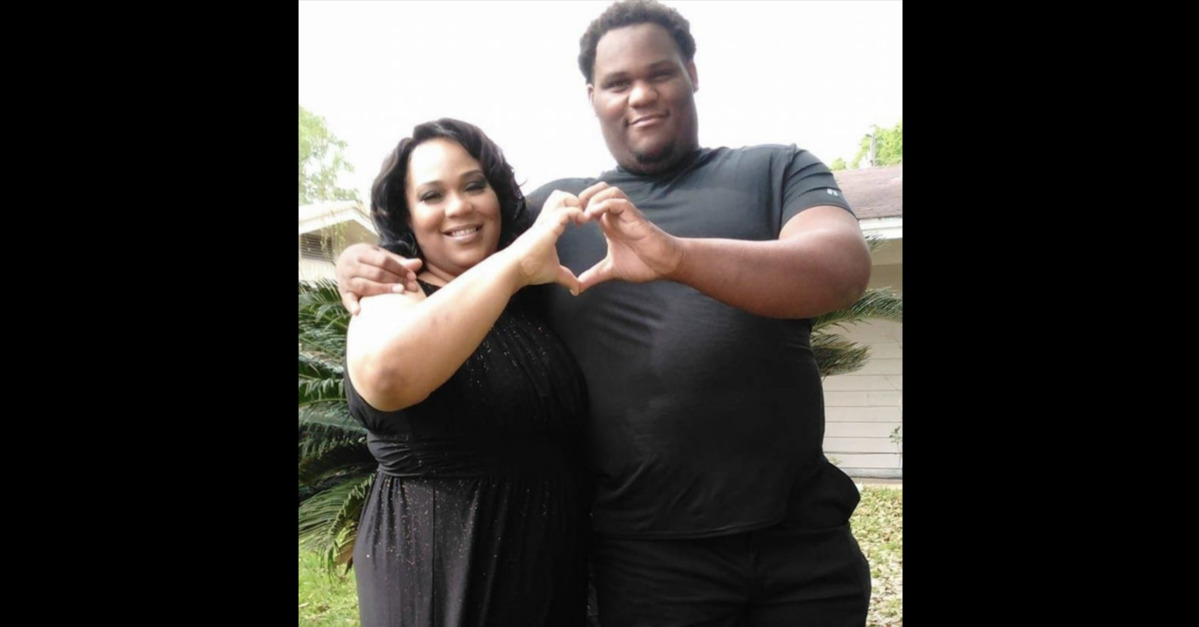 A mother and son were grieving a recent and painful loss that hit their family hard when the young man shot and killed them both earlier this week in a murder-suicide that first puzzled, then gripped and shocked the Acadiana region of southern Louisiana.

Initial reports out of Acadia Parish simply noted the odd geographic circumstances of the tragedy: a woman driver had been murdered before her male passenger turned the gun on himself. Their car was discovered by sheriff’s deputies after it plunged into a ditch.

Acadia Parish Sheriff K.P. Gibson said the incident occurred in the late morning hours on Wednesday near the intersection of Goodrich Road and McCain Road right outside of Iota, Louisiana. Officers were responding to reports of a shooting in the area when they came up on the grisly scene, according to local CBS affiliate KLFY.

Two days later, the dead were identified as 47-year-old mother Pamela Spencer and her 24-year-old son Triston Hopkins, both residents of Iota, according to local ABC affiliate KATC.

Hopkins was well-liked in the community as a soft-spoken football player who was reportedly very protective of his mother–herself known to be a paragon of strength, kindness, patience and resilience. News of the terrible end to both of their lives has those who knew them best reeling and scrambling for some sort of answer.

“We feel like this is all we’re ever going to know. Whatever else happened inside that vehicle left when they left,” longtime family friend Bridge Doucet told The Acadiana Advocate. “We’ve just experienced the loss of two amazing people. Our loss is exponential right now and that’s all we can focus on — that it’s our loss times two.”

The closest thing to a reason why, Doucet said, was the recent and unexpected death of Hopkins’ father. James Hopkins died suddenly from heart complications in February. Spencer’s partner was also the father of her surviving sons, 21-year-old Kelvin and 13-year-old Kye.

But that maybe explanation is little consolation for Doucet.

“She could make any situation bearable,” the grieving friend told the outlet. “I lost my youngest son a year ago and she’s just the reason we got through it.”

Journalist Katie Gagliano noted the contours of that decades-old relationship in her piece on the heartbreaking double loss in Iota:

Doucet and Spencer were more sisters than friends, bonded over nearly 25 years of friendship that began with a local advertisement. Doucet had just moved to Iota as a single mother of three after leaving an abusive relationship, and Spencer and her mother, Andrea Spencer, responded to her call for a babysitter.

Their lives were deeply intertwined from then on; Doucet and her husband served as godparents to Spencer’s boys, and Spencer, a caregiver, watched over Doucet’s mother and sister until their deaths. “Family oriented” is a mild term to describe Spencer’s devotion to her family. Outside of work, they were her whole focus, Doucet said.

“If someone had something they wanted to do, Triston was the type of guy to tell them they could do it. He believed in other people,” Derek Leger, who recruited Hopkins to play for the Acadiana Ravens in 2019, told the outlet. “We get caught in the rat race where we’re so worried about our own selves, but Triston was the type of person that believed in others. You don’t come across that very often, because it was genuine.”

Funeral arrangements are currently being settled. Doucet and her mother are playing a pivotal role in remembering and honoring the beloved, family-like friends they’ll never see again.