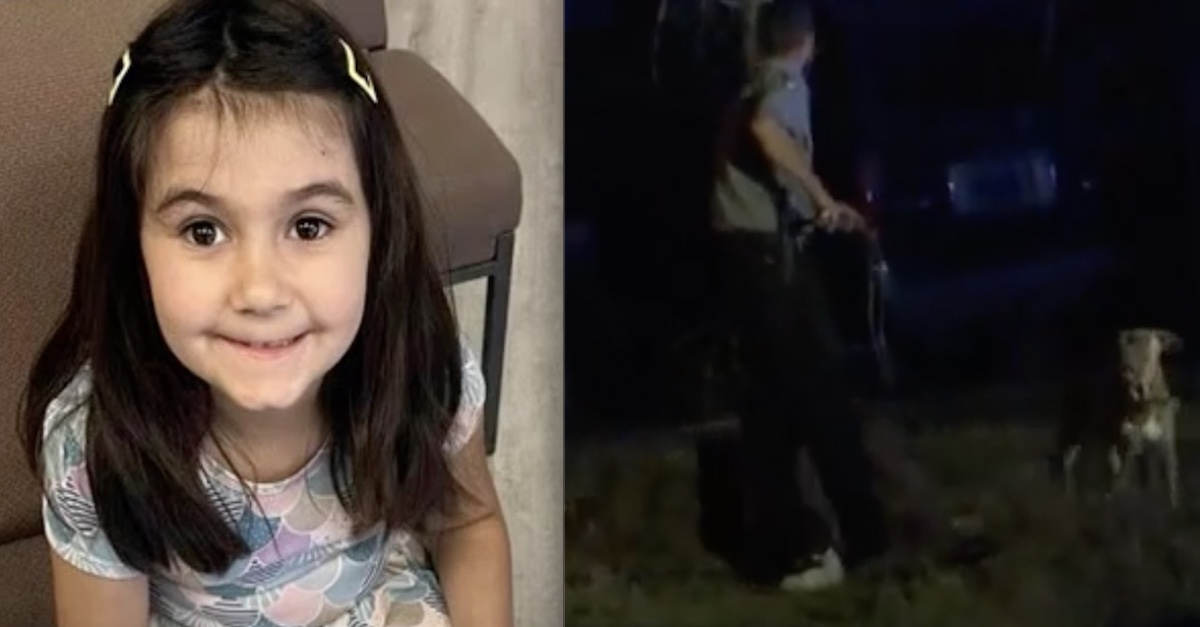 A 20-year-old man in Louisiana has been arrested after his large pit bull allegedly attacked and mauled a 7-year-old girl to death as she was playing in her yard. Erick Lopez was taken into custody on Friday and charged with one count of negligent homicide in the death of Sadie Davilia, court documents reviewed by Law&Crime show.

According to a sworn affidavit of probable cause obtained by Law&Crime, homicide detectives with the East Baton Rogue Sheriff’s Office responded to a call at 5:30 p.m. Friday to investigate the death of a young girl at a home in the 25000 block of Kendalwood Road. The dispatcher informed the responding detective that the victim had been severely injured in an attack by “a pit bull terrier dog.” Sadie died at a hospital.

Sadie was playing outside the home of a relative when a dog owned by the relative’s neighbor “viciously attacked her, causing significant injuries,” the affidavit states. The relative who owned the home “attempted to intervene and stop the attack by striking the dog with a walking cane,” but were unable to stop the dog, which “continued to maul the Victim in the front yard.”

Sadie died after suffering “numerous dog bites to her face.” The attack caused “substantial damage to her skull, ultimately resulting in her death,” the document states.

“The pit-bull terrier was observed with blood around his face and mouth area. Once captured, the pit-bull terrier was taken into the custody of EBR Animal Control Officers,” the affidavit states. “The Affiant observed a substantial amount of blood in the yard where the Victim was attacked. Additionally, the Affiant learned the attack occurred on the victim’s property, which is approximately 150 yards from where the dog owner resides.”

Investigators say there was no fence, barrier, or leash that would have confined the dog to Lopez’s property.

Detectives located Lopez and took him into custody. After being read his Miranda rights, Lopez allegedly admitted that he was the owner of the animal that mauled Sadie, but said that he was not present during the attack.

He further told authorities that “his dog was unrestrained when he departed the residence” and confirmed that he would “often” let the animal “roam the neighboring (where the Victim was attacked) property” without any kind of restraints.

Lopez was charged with negligent homicide for allegedly “failing to confine or restrain the dog and leaving it to roam around the neighborhood,” the sherif’s office said in a news release.

“This is an awful, heart-breaking tragedy,” Sheriff Sid Gautreaux said in a statement posted on the office’s Facebook page. “My heart goes out to this family, and they will remain in my prayers.”