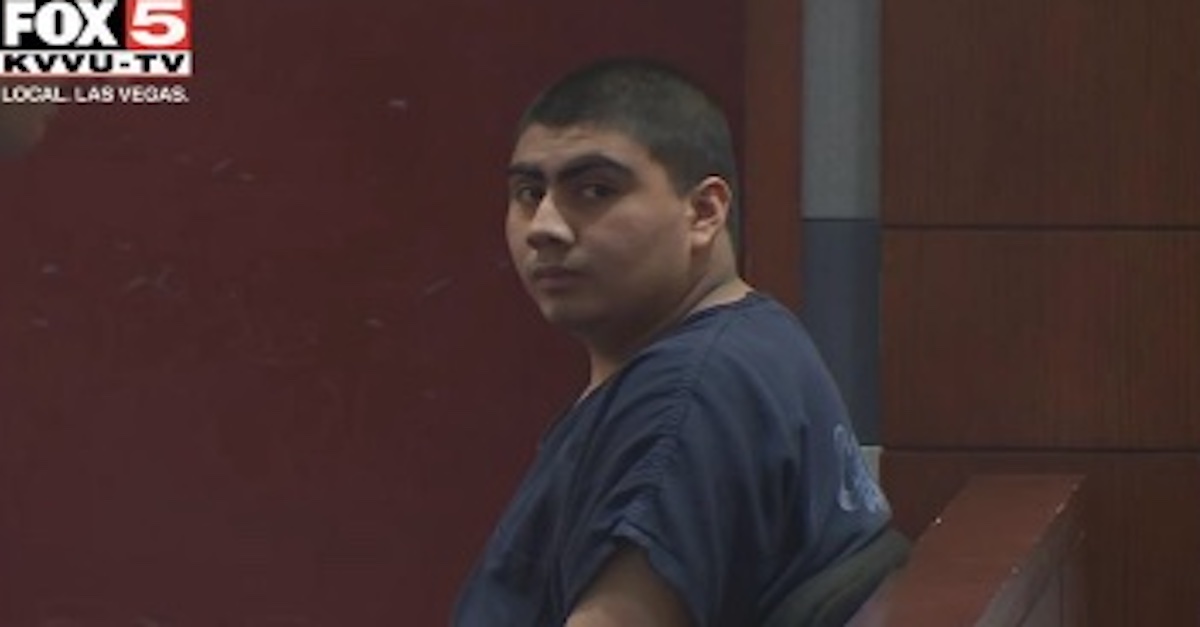 A high school student in Las Vegas is facing more than a dozen criminal charges for allegedly sexually assaulting and trying to murder his teacher during a discussion about his grades.

Prosecutors have filed 15 charges against Jonathan Eluterio Martinez Garcia, 16, in connection with a brutal attack on a high school teacher on April 7. The charges against the teen include four counts of attempted murder, seven counts of sex-crime-related battery, and counts of sexual assault, kidnapping, robbery and burglary, the Las Vegas Review-Journal reported.

Because of the severity of the charges, he was automatically charged as an adult, Clark County District Attorney Steve Wolfson said, according to the Las Vegas Review-Journal report.

The teacher has not been publicly identified, but Clark County School District Superintendent Jesus Jara has confirmed that the incident took place at Eldorado High School.

According to Las Vegas police, a student “got violent” with the teacher during a discussion about his grades, “punching the victim and strangled her until she lost consciousness.”

He allegedly fled the scene and was found about one mile away from the school. He was taken into custody later without incident, police said. Police didn’t publicly identify Garcia at the time. That changed when he was charged as an adult.

During a hearing Tuesday, Garcia’s attorney Paul Adras asked Justice of the Peace Joe Bonaventure to order a mental health evaluation in order to determine the teen’s competency, according to the Las Vegas Review-Journal.

“I will enter a finding that doubt has arisen as to the competence of Mr. Garcia, and I will order these proceeding suspended until that questions is confirmed,” Bonaventure reportedly said.

During a press conference, Wolfson said the allegations reflect “an example of the violent behavior” in schools.

“This is a violent case, a violent act, so my job is to try and deter this behavior,” he said, according to a report by local NBC affiliate KSNV. “My job is to send a message that we’re not going to accept this kind of violence in our schools.”

Teachers who spoke with local Fox affiliate KVVU said that they were heartbroken for the teacher who was attacked, and concerned for the safety of teachers generally.

Kreidel, the president of the National Education Association of Southern Nevada, called for increased focus on safety in schools.

“Educator and student safety must be addressed NOW,” Kreidel posted on Facebook following the alleged attack. “And if our Supt won’t do anything we need to stand together and demand it. I think this is something everyone can agree on. This is unacceptable!”

Kreidel is organizing a protest scheduled for Wednesday.

Garcia’s next court appearance is scheduled for May 6.

Wolfson’s office did not immediately respond to Law&Crime’s request for comment.