Killer May Have ‘Moved and Staged’ Delphi Murder Victims’ Bodies and Done Something to ‘Memorialize the Crime Scene’: Warrants 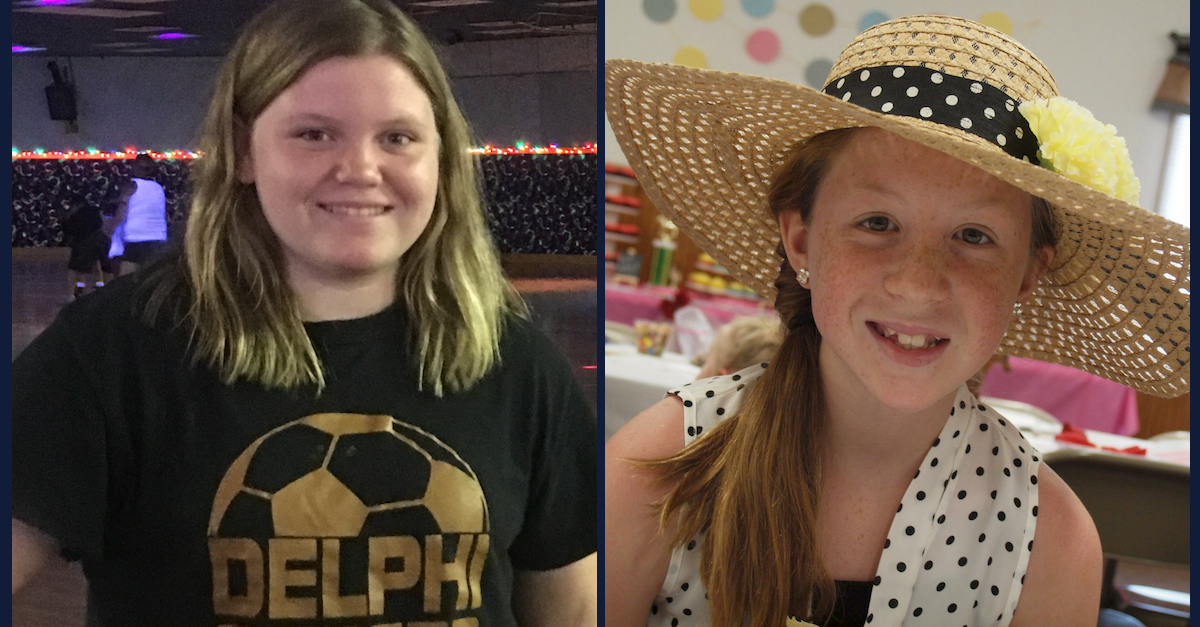 Search warrants obtained by a podcast and a local television station are shedding new light on an investigation into the murders of two teenage girls in Indiana.  The warrants detail law enforcement dealings with a man upon whose property the girls’ bodies were discovered — a man who died earlier this year after being under the eye of law enforcement.

Liberty “Libby” German, 14, and her best friend Abigail “Abby” Williams, 13, vanished while walking the Monon High Bridge trail near Delphi, Indiana, on Feb. 13, 2017.  Police believe Libby, who was said by her grandmother to have enjoyed watching crime shows on television, recorded video and a brief few words from her suspected killer.

“Guys . . . down the hill,” said a man captured in a clip that the authorities say was recorded by the now-dead teen.  The full clip is reportedly 43 seconds long, but only a small portion has been made public, according to Indianapolis FOX affiliate WXIN.

The investigation has since involved multiple police sketches and thousands of tips about what might have occurred.

The recently released warrants were obtained by WXIN and a podcast called “The Murder Sheet.” Reports based off the warrants say the girls’ bodies turned up on property owned by Ron Logan.  Logan’s house was reportedly about 1,400 feet away from where the bodies were found the day after the girls vanished.

The teens reportedly lost a considerable amount of blood when they died.  According to the warrants, the authorities apparently theorized that whoever killed the girls likely ended up with blood on their clothes and hands.

“The murderer likely took a souvenir from the crime scene,” WXIN said, again citing the document; however, key portions of the police paperwork were redacted.  The publicly available version of the warrant didn’t say what may have been missing from the crime scene, but the warrant did reportedly say the “rest of [the girls’] clothing was recovered.”

The warrant also reportedly indicated that it “appeared the girls’ bodies were moved and staged.”  It also is said to have asserted that the police found no evidence of a “struggle or fight.”

Elsewhere, the warrant reportedly said that the killer may have either taken an item or photographs to “memorialize the crime scene.”

Perhaps even more critical to the case was the supposed discovery of hairs and fibers — both of which are reportedly unidentified.

The warrant asserted that Logan’s body type was similar to the suspicious and heretofore unidentified man Libby recorded before she died.  A couple of women reportedly told the police Logan was violent; one seemed to think Logan was, indeed, the man in the video.  The authorities even asserted that Logan’s “voice [was] not inconsistent with that of the person in the video,” according to WXIN’s retelling of the warrant’s contents.  Logan also reportedly owned handguns and knives.  The document alleges further that Logan asked a relative to cover for his whereabouts on the day the girls died and lodged the request before the crime was discovered.

Logan made “statements that were found to be factually false and intentionally designed to deceive” law enforcement, WXIN’s report quoted the police paperwork as saying.

GPS data also reportedly put Logan’s phone near the trestle and murder scene on the afternoon and evening of the girls’ disappearance, WXIN said, again citing the warrants.

The television station further reported that Logan died in January.  He was never named as a suspect or charged in connection with the deaths of the two girls.

Police documents have also revealed that an online account listed under the fictitious name “Anthony_shots” communicated with Libby the day she died, according to a recent FOX News report.  The account contained the photograph of a male model, but the documents reportedly say the account belonged to Keegan Anthony Kline, 27, of Peru, Ind.  Kline is charged separately with several child pornography offenses.

Kline has not been charged in connection with the girl’s deaths.  The documents cited by FOX reportedly say that Kline admitted speaking with Libby but otherwise denied any knowledge of her death.

“I literally have no clue how that girl died,” Kline reportedly told investigators during a police interview. “I don’t know anything, anything to do with it. Yeah, that is a weird a** coincidence that I happened to talk to her, like, I get that.”

[images via the FBI]