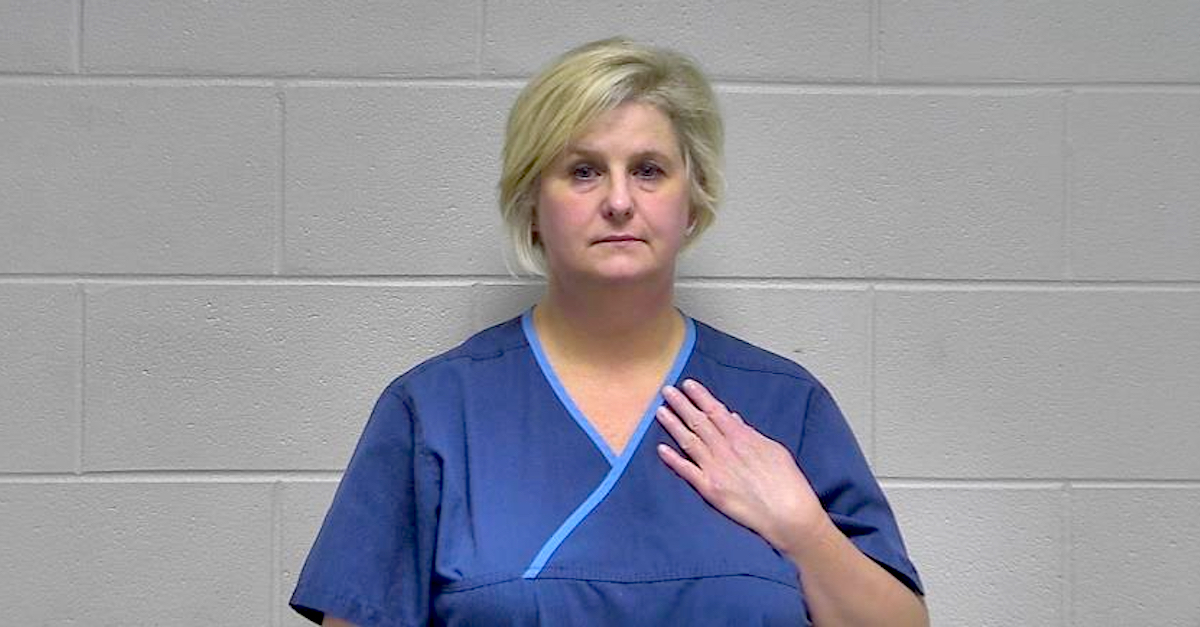 A Louisville, Kentucky-area pediatrician has been charged with hiring a hitman who turned out to be an undercover FBI agent to kill her husband.

ABC affiliate WHAS described Russell as a doctor “in Prospect’s affluent Norton Commons neighborhood” who worked at a practice called KidzLife Pediatrics.  The medical office’s website boasts Disney-themed fonts and promises patients with amenities such as a “[l]ive ‘Finding Nemo’ fish tank” and a “[f]un Disney theme throughout.”  The office bears a Prospect, Kentucky address that is in the Norton Commons development.

Here’s how the DOJ described the incident which led to the charges:

According to court records, on May 15, 2022, Stephanie Russell, 52, contacted someone she believed she was hiring to murder her ex-husband.   The individual she contacted to murder her ex-husband was an FBI Undercover Employee (UCE).  Russell ultimately agreed to pay $7,000 to the UCE in exchange for murdering her ex-husband.  On May 18, 2022, Russell placed $3,500 outside of her medical office in a drop box as half of the payment.  She agreed to pay the other half once the murder took place.   The FBI arrested Russell on May 19, 2022.

Russell made an initial appearance on Friday at 11:45 a.m. before a magistrate judge in the Western District of Kentucky.  She’s due for a preliminary examination and a detention hearing on Tues., May 24, at 11:00 a.m.

The charges could carry a sentence of up to ten years in a federal prison, but it is rare for federal defendants, if they are convicted, to receive maximum sentences.

“There is no parole in the federal system,” prosecutors noted.

Court filings say KidzLife Pediatrics Dr. Stephanie Russell hired an undercover FBI employee for the hit, agreeing to pay $7K. Filings say Russell dropped $3,500 in a dropbox outside her medical office and she planned to pay the rest after the job was done https://t.co/VYo7BodzEy pic.twitter.com/cYYeiwu7LZ

Citing family court records, Louisville NBC affiliate WAVE said Russell had been accused of attempting to hire a hitman at least one other time.

“Court documents show Russell and her ex-husband have been in a custody battle over their two children for at least two years,” WAVE reported.  “In 2020, a judge ruled Russell should lose custody of her children after a Guardian Ad Litem, or a person chosen by a judge to represent children in court, accused Russell of ‘coaching’ her children, causing ’emotional harm’ and attempting to hire a hitman to kill her ex-husband in May 2018.”

Russell’s defense attorney reportedly called those accusations “preposterous” and in turn sued the judge who levied them, the NBC station continued.  The report said the judge gave “temporary full custody of the two children” to Russell’s husband.  WAVE did not identify Russell’s attorney by name.

A state-level court docket which appears to be connected to that family dispute suggests that a “court trial” of some type was scheduled to begin on July 21, 2022, at 9:30 a.m. in Jefferson County, Kentucky.  The Bluegrass State’s rudimentary public online court docket affords no further details and does not provide the name of Russell’s attorney.

The federal case file connected to Russell’s arrest this week has not yet been made public on a federal court database in the Western District of Kentucky. Therefore, it is unclear who may be representing Russell in the murder-for-hire matter.

One area father told WHAS that Russell’s arrest spurred him to attempt to pick up his children’s medical records and to immediately locate a new pediatrician.

That father, Lance Dooley, told the ABC affiliate that Russell had been his daughter’s doctor “for six years” and that the murder-for-hire accusations were “freaky.”

“Money drop-offs were happening right around the corner,” he said. “That freaks us out. It’s one of those things you don’t expect.”

Dooley wasn’t able to obtain the records.  The doors of Russell’s office were reportedly locked, and a sign on the door said the office was closed.

One neighbor I spoke to says this handwritten closed sign on the door of the doctors office where Dr. Stephanie Russell works wasn’t there when she walked her dog at 6 a.m. READ MORE: https://t.co/VYo7BodzEy pic.twitter.com/8oZUecSNmw

A medical license search shows Russell’s home practice area as Jefferson County, Kentucky, and indicates that she has been licensed since July 1, 1998. The license data says Russell graduated from the University of Louisville School of Medicine in 1997.

The DOJ’s press release is below.