Man Stabbed Georgia Pastor to Death as She Ministered to Him and Then Burned Her Remains: Police 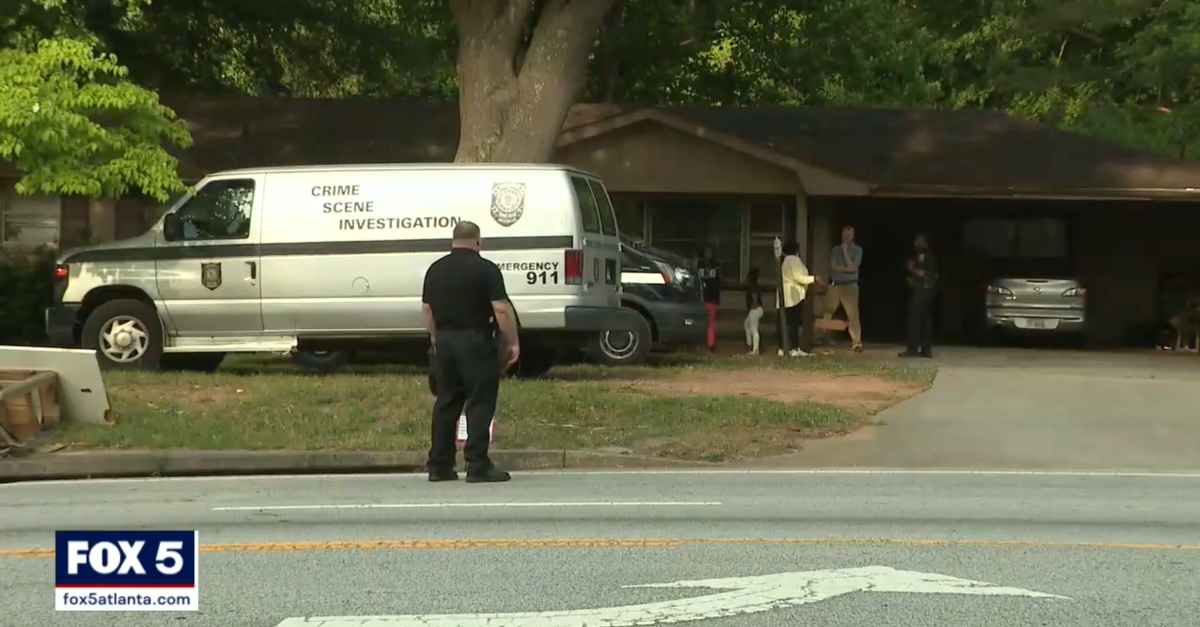 A beloved pastor in Georgia who reportedly wanted to “help people who have been in jail” has been stabbed to death by a former inmate as she was ministering to him, police say.

Rev. Marita Harrell‘s husband found her remains in her minivan Wednesday after tracking her phone, officers said in a police report obtained by WXIA. Antonio Harrell had concerns about her meeting Christopher Devonta Griggs, 27, because of that man’s criminal history, police said.

Dekalb County police spokesman Lt. Shane Smith told Law&Crime in an email that Griggs, who faces a count each of malice murder and arson in the first degree, stabbed Marita Harrell, who was 57, at the man’s home on the 1300 block of Panola Road,

“He then transported her in a vehicle to the 1600 block of Coffee Road and burned the vehicle before she was discovered later,” Smith wrote.

A SWAT team executed a search warrant at a home, and they claimed to have discovered the scene of the stabbing, according to a Fox 5 Atlanta report. Authorities said they spoke to family members who live with the man. Griggs did not turn himself in as originally promised over the phone, but cops found and took him into custody, officers said.

Antionio, Marita’s husband, had told her not to meet anymore people just released from jail, according to officers in the WXIA report. A friend also reportedly voiced concern. However, Marita said she wanted “to help people who have been in jail.”

Antonio, who had been tracking Marita’s phone as she met with Griggs, ended up making the tragic discovery.

Griggs’ criminal record includes a 2020 arrest for impersonating a police officer and sexually assaulting a woman, according to The Atlanta Journal-Constitution.

“She was such a beautiful person inside and out,” said Pastor Cyndi Madison said of Marita to the newspaper, where both women used to work. Marita had worked at Journal-Constitution for 22 years in the advertising department and as a diversity training facilitator, the outlet said.

But then her life took a different path, and she got a Master of Divinity degree and became a pastor, according to the website for Connections at Metropolitan United Methodist Church.

Her biography said her parents are still alive. She and Antonio have been married for more than 27 years and they have two daughters, ages 15 and 18.

“Most importantly, Pastor Harrell describes herself as a child of God who daily seeks to grow in her walk with God,” the church wrote.

Rev. Marita Harrell was found dead Wed. Christopher Griggs,27, is charged with her death. According to warrants, he stabbed the mother of 2 with a large kitchen knife and set her body on fire. More at 4/5/6. @cbs46 pic.twitter.com/bA5R86jYGc

From Rev. Fleming Thompson at Rivertown United Methodist Church, where she used to work:

Jesus said, “I am the way, the truth, and the life. No one comes to the Father except through Me.”

Unfortunately, and with a truly heavy heart, I have the unpleasant task of relaying some heart- breaking news. I received an email from the district office informing us of the transition of Rev. Marita Harrell. No further details were given.
I know the love Rivertown has for her, and the love she has for Rivertown. We are asked to be in prayer especially for her husband and daughters. Please keep the entire family in your prayers. May God’ s comforting arms envelop her family, friends, and loved ones.

Officers ask that anyone with information on the case contact DeKalb County police at (770) 724-7850.