‘This Pain Is Not Possible to Describe’: Police in Oregon Arrest 16-Year-Old Boy for Murder of 13-Year-Old Milana Li 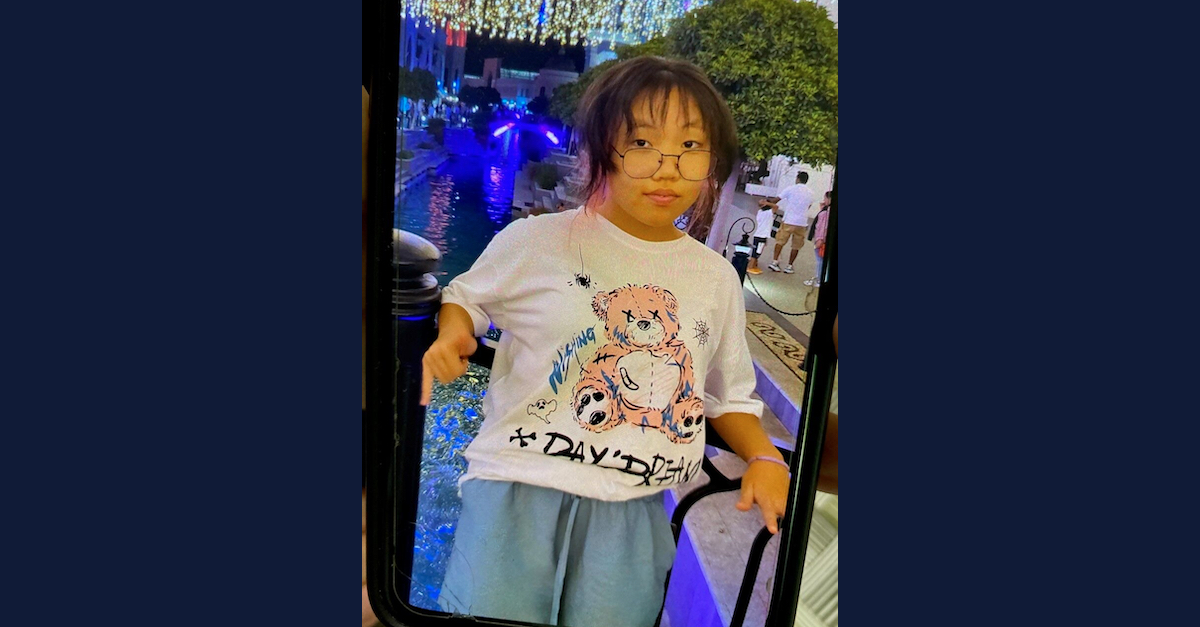 A minor in Oregon has been charged in connection with the death of a sixth grade girl who disappeared earlier this month.

On Monday, May 9, 2022, the mother of 13-year-old Milana Li reported that her daughter was missing. The next day, the girl was discovered dead. Her body was found in a small stream located in Westside Linear Park near the southern border of Beaverton, Ore.

The victim was last seen alive around 4:00 p.m. on Sunday, May 8, 2022 — the day before she was reported missing — at her apartment in the Neighbors Southwest neighborhood, which is located near the Westside Park trail, according to Portland, Ore. ABC affiliate KATU.

The day after the awful discovery, the Washington County Medical Examiner determined that Li died by homicide. Her specific cause of death has yet to be made public by officials as of this writing.

The young girl’s grandmother mourned her passing and remembered her life in comments to Portland CBS affiliate KOIN.

Lydia Li told the TV station that her granddaughter recently went through a growth spurt. On a shopping trip, Milana Li was happy enough to have new clothes that she chose a lone ensemble consisting of a t-shirt and a pair of jeans. But her family bought her more than that.

She died before she ever had a chance to wear them.

The victim leaves behind two siblings including a 5-year-old sister.

“Milana was for her, mom, like, a second mom,” Lydia Li told KOIN. “She was taking care of her very well and Milana was a responsible girl.”

The victim attended Conestoga Middle School. Principal Zan Hess addressed the loss in an email to students and their families:

It is with a heavy heart that I share with you some devastating news impacting the Conestoga community. Yesterday, we told you that 6th grader Milana Li was missing. A few hours ago, we learned from the Beaverton Police Department that Milana was found dead. Officers are investigating the circumstances surrounding her death. We have no other information at this time.

Our hearts break for Milana’s loved ones, including her family and friends. We ask that you keep them in your thoughts tonight.

Tomorrow, we will be announcing Milana’s death during first period. We will have extra counselors at school to support both students and staff. If you choose to speak with your student prior to school tomorrow, feel free to use this resource.

There are no words to express the grief of losing a child. Please know that my staff and I are here for all of you and your students.

“The murder of Milana Li is deeply distressing for her family, friends and the entire community,” the Washington County Juvenile Department said in a press release. “Our hearts go out to Milana’s loved ones and everyone affected by her death.”

While the Beaverton Police Department reportedly declined to release the defendant’s name, citing his juvenile status, Washington County officials confirmed his identity in their Friday announcement.

Details are currently scarce as to how investigators tied the defendant to the murder. In a Friday statement to KATU, the BPD said it “received dozens of investigative tips from community members and followed up on many leads.”

Washington County noted that Gore was on probation for numerous non-violent offenses with the Juvenile Department at the time his alleged victim was killed. “These charges included Theft 2, Arson 2 and Criminal Mischief 2,” the county noted.

The county went on to note that Gore was released on probation by a court after a series of “assessments.” But, the county said, officials were against his release from custody whatsoever.

“It is these assessment findings, along with recommendations from the prosecution and the defense attorneys, that inform the court in setting the terms of probation,” the press release continued. “For Daniel Gore, these terms included releasing him to his home under the supervision of his parents. As reported by news media, prosecutors in this case recommended that the juvenile be held in detention and not released.”

Washington County Deputy District Attorney Dustin Staten told Judge Brandon Thompson that the state intends to try Gore as an adult, according to a report by online news outlet Patch.com.

The defendant is currently slated to be back in court on June 3, 2022.