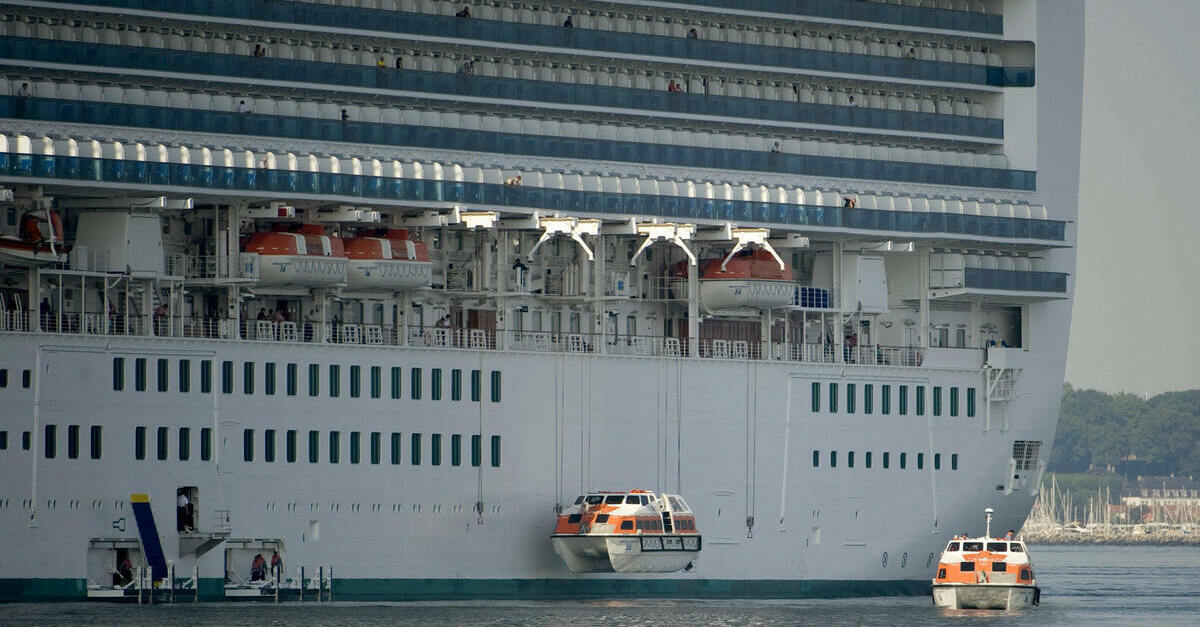 A Utah man admitted to beating his wife to death aboard a cruise ship while their two children and other passengers listened on.

A Friday press release from the U.S. Department of Justice notes that 42-year-old Kenneth Ray Manzanares pleaded guilty to one count of murder in the first degree after the grisly 2017 slaying of Kristy Manzanares while the couple vacationed with their “minor child and their daughter” in U.S. Territorial Waters off the Alaskan coast.

“Every year, millions of visitors come to Alaska to marvel at the stunning scenery of the Great Land,” said U.S. Attorney Bryan Schroder. “The vast majority have a safe experience that provides a lifetime of memories. However, on those rare occasions where a crime is committed on a visitor, especially a brutal crime like the murder of Kristy Manzanares, rest assured the Alaskan law enforcement community will act to bring the perpetrator to justice.”

Court documents reveal the family’s trip began on July 24, 2017.  Along with the immediate family were several members of Kristy’s extended family. The next day, Kristy apparently asked for a divorce and for Kenneth to leave the ship at the next port of call. This enraged Kenneth, and the couple’s children were sent to stay with relatives.

The press release paints a macabre picture of what happened next:

A few minutes later, [the children] both heard Kristy Manzanares scream and attempted to reenter the cabin using their room’s adjoining door when Kenneth told them “don’t come in here.” They both went to the connected balcony and observed Kenneth Manzanares straddling Kristy Manzanares on the floor, and striking her in the head with closed fists.

According to local NBC affiliate KTUU, Kenneth described the source of his murderous rage as his wife’s amusement after she demanded he depart. A witness who spoke with the station claimed to have asked the murderer what happened immediately after the incident.

“She would not stop laughing at me,” Kenneth reportedly said.

Prior to security officers arriving to the cabin, Kristy Manzanares’ two brothers and father arrived on scene and observed Kenneth Manzanares grab Kristy’s body and drag her toward the balcony. One of Kristy’s brothers then grabbed her ankles and pulled her back into the cabin. Soon after, at approximately 9:03 p.m., ship security and medical personnel arrived and attempted to perform life saving measures on Kristy Manzanares, but were unsuccessful.

Another witness who spoke with KTUU described the chaotic scene aboard the boat immediately after the tragic killing.

“I get to floor nine,” Brian Eckstrom said, “I see this little girl sitting on–I assume–her grandma or somebody, sitting on her lap wrapped up in a blanket. And she’s just sobbing. A man came walking out from the hallway where it happened, and he had, like, a white tank top on, and some jeans. His jeans were completely covered in blood and he came out saying, ‘It’s not good, it’s not good.'”

Yet another witness noted that some of the sounds leading up to and including the murder were heard by passengers who naively assumed it was all part of the ship’s onboard entertainment for the evening.

“Some of the people that were in the murder mystery thought they were just playing a hoax on them with all the emergency calls,” Tom Stites told the New York Post.

He wasn’t the only one who made that claim.

“Because they were doing a murder mystery theater about a death on a cruise ship, most people thought it was just part of the dramatic effect of what they were doing,” Vic Simpson told Inside Edition.

“We at the FBI continue to keep the family and friends of Kristy Manzanares in our thoughts,” said Jeffery Peterson, the Special Agent in Charge of FBI’s Anchorage Field Office. “The full resources of the FBI were apparent in this investigation, led by FBI Anchorage Special Agents in the Juneau Resident Agency and supported by our partners, all of whom worked fiercely to ensure justice on behalf of the victim of this heinous crime.”

Sentencing is scheduled for May 28 and 29 of this year.