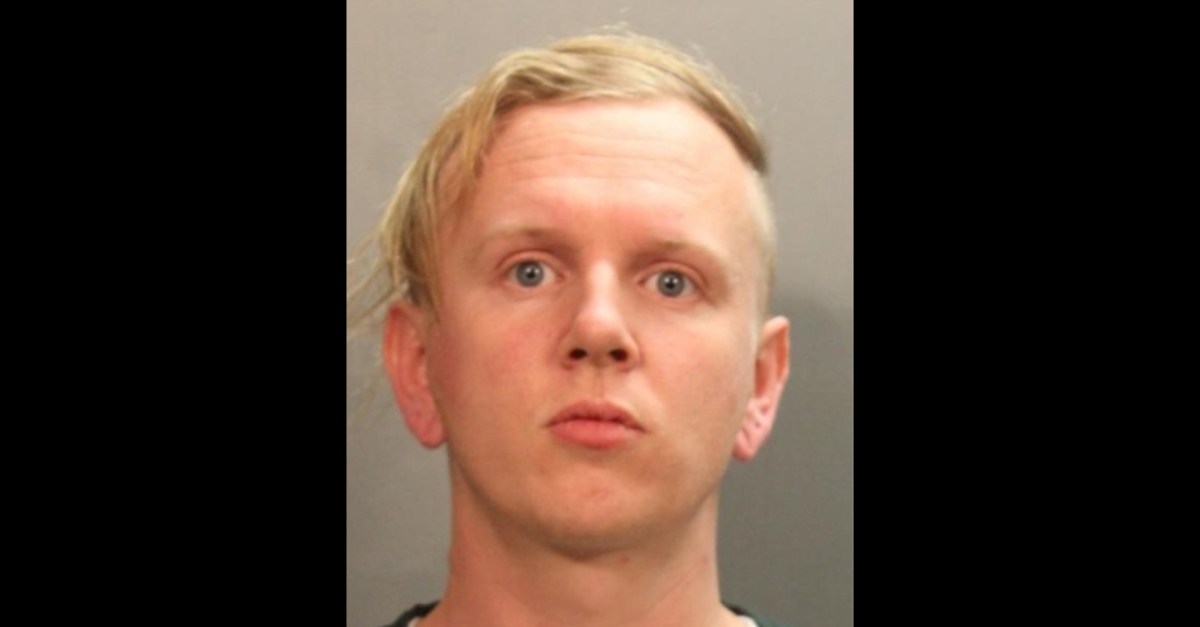 A man allegedly plowed a van into a Republican voter registration tent in Jacksonville, Florida. Gregory William Loel Timm, 27, faces two counts of aggravated assault on a person 65 years of age or older, one count of criminal mischief, and driving while driver’s license suspended, according to The Jacksonville Sheriff’s Office.

“The victims reported that the suspect drove a van through the tent where they were working to register voters,” authorities said. That how they described the incident as of Sunday. The Duval County GOP and their allies are taking this as a politically motivated attack.

“We are outraged by this senseless act of violence toward our great volunteers,” said Duval GOP Chairman Dean Black. “The Republican Party of Duval County will not be intimidated by these cowards and we will not be silenced.”

The party said the incident happened at about 2:45 p.m. on Saturday.

Thankfully, Republican volunteers narrowly avoided being struck by the accelerating van. The driver sped away after making an obscene gesture toward the crowd.

No injuries were reported.

The incident also landed on the radar of President Donald Trump, and other politicians, including Rep. Steve Scalise (R-Louisiana, 1st District), who was shot by a left-leaning gunman.

Law Enforcement has been notified. Be careful tough guys who you play with! https://t.co/1Pq0hOrzy2

Enough.@realDonaldTrump supporters shouldn’t have to fear for their lives while registering people to vote.

There’s no place for violence in politics. We settle differences at the ballot box.

This can’t be the new normal. Democrats need to join me in condemning this behavior. https://t.co/vV87snuY0s

Records show Timm is being held without bond at the Duval County Jail. He is scheduled for a court hearing at 1 p.m. ET.