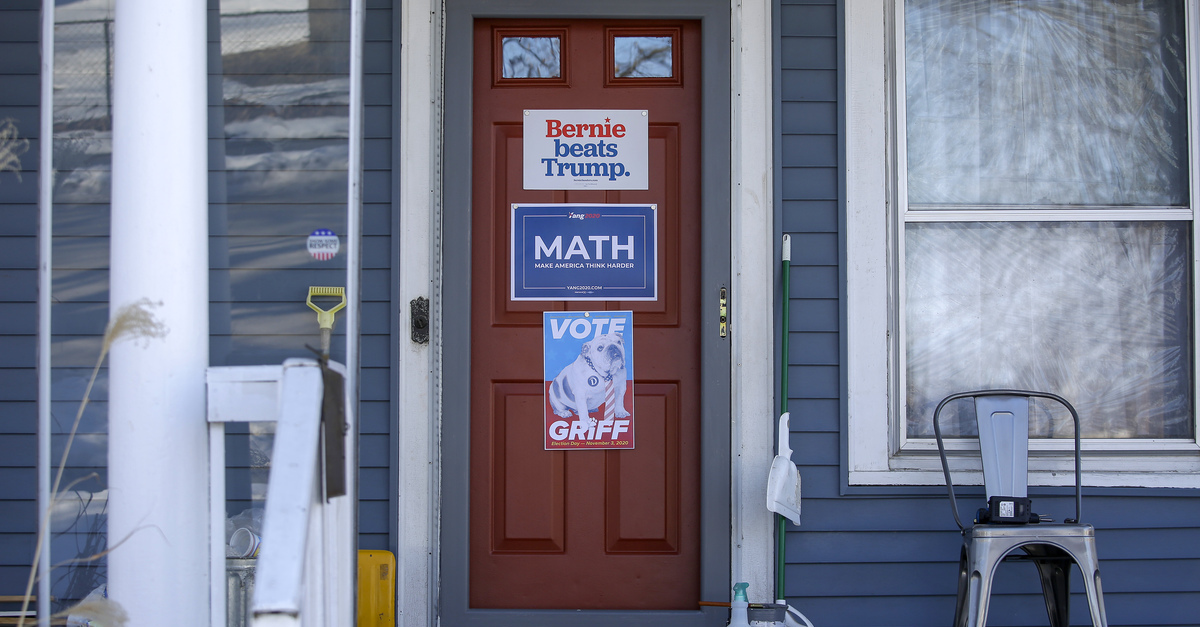 In an exclusive to Law&Crime, the non-profit and non-partisan group Fix Democracy First provided a pre-New Hampshire primary update on where each of the remaining 2020 contenders stand on what they call the “critical question of democratic reform.”

An umbrella organization comprised of other, smaller advocacy groups like Equal Citizens, End Citizens United and Represent.Us, Fix Democracy First issued its “Reformers Report” in an effort to peg each of the candidates on their preferred replacement for the current big-money-based campaign finance system, which is shaped largely by the controversial U.S. Supreme Court’s Citizens United ruling.

In 2010, the nation’s partisan Supreme Court issued its decision in Citizens United v. F.E.C., a 5-4 ruling which eviscerated most of the Bipartisan Campaign Reform Act of 2002.  That Act was watershed series of bipartisan campaign finance reforms previously known as the McCain-Feingold returms (after Senators John McCain (R-Ariz.) and Russell Feingold (D-Wisc.)), the once-celebrated package’s main authors.

The analysis used by the conservative judges was novel but logically based on the concept of corporate personhood — a suite of rights and legal fictions once seriously opposed by President Abraham Lincoln.

The Supreme Court’s conservative majority decision held: (1) the government cannot restrict the speech of state-created entities like corporations and non-profits or state-sanctioned entities like unions; (2) that spending money is a form of protected speech that cannot be restricted wholesale; and — therefore — (3) the government cannot seriously bar political spending by third-party organizations.

Democrats have long since railed against the political fundraising and spending system where small cliques of loosely-affiliate millionaires and billionaires exert enormous power over United States democracy. To that end, each of the still-running Democratic Party candidates for president — except for former vice president Joe Biden — “have promised to makde fundamental reform a priority in their administration,” according to Fix Democracy First.

Harvard Law Professor Larry Lessig praised the candidates all around for their “significant commitments.”

“Following in the footsteps of the passage of the House of Representatives’ transformational ‘For the People Act‘ the platforms that these candidates have endorsed include fundamental reform of practically every broken part of our democracy,” Lessig said.

End Citizens United spokesperson Tiffany Muller said that each candidate supports “some combination of automatic voter registration, the restoration of the Voting Rights Act,” and other “critical reforms” like ending partisan gerrymandering. Additionally, every Democrat on the ticket except Michael Bloomberg supports a constitutional amendment that would reverse Citizens United.

Where Sanders and Yang stand out, however, is in their support for so-called “democracy dollars,” a system where every U.S. voter receives vouchers which would be used to help candidates support their campaigns in lieu of traditional campaign fundraising.

“Bernie Sanders endorsed vouchers,” Lessig noted, and “Andrew Yang first proposed $100 for them back in April” during a town hall sponsored by the group last year.

“This is the most transformative reform among any now being discussed for changing the way campaigns are funded,” Lessig said

“Bernie Sanders and Andrew Yang have made history by supporting democracy dollars, which are vouchers that would be given to each citizen to donate to whatever candidate they choose,” he said via email. “This would revolutionize campaigning and fundraising.”